‘If you take it all close to heart, you go mad’ 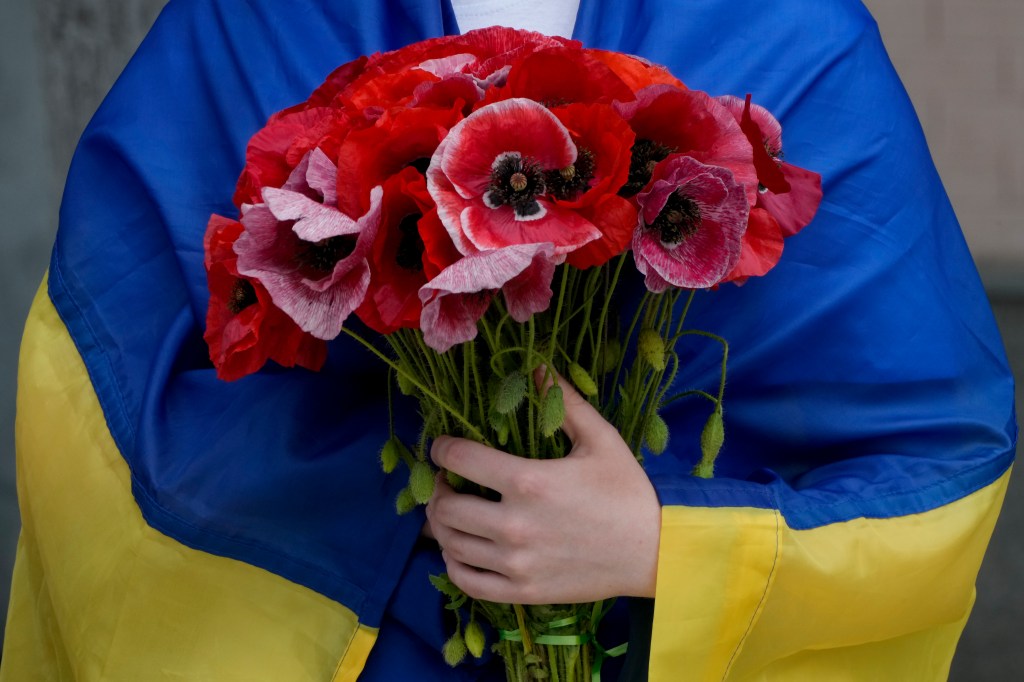 LVIV, Ukraine — For many Ukrainians facing Russia’s invasion, there is hope the daily battles can be won: A soldier may beat back his enemies. A rescuer might miraculously pull a survivor from rubble. A doctor could save a life.

But in one line of work, also deeply affected by this war, grief seems like the only sure end: the handling of the dead.

From gravediggers to embalmers, funeral directors to coroners, these workers carry deep psychic wounds of war — and have few others who can relate to them.

“Nowadays, I feel numb,” said Antoniy, a morgue worker in Lviv, Ukraine. “Even when someone is telling me a joke that I know is funny, I can’t laugh. My emotions are too numbed.”

Lviv, a city in Ukraine’s relatively safe west, is largely untouched by the war physically, but death reaches here anyway. Local residents bury the bodies of soldiers who fell fighting in battlefields farther east. Families that fled hometowns, now occupied by Russian forces, must inter their loved ones who perished far from home here.

Along with other workers in this field, Antoniy asked to be identified by only his first name because although Ukrainians showed a deep reverence for those fallen in the war, the workers said there remained a residual stigma around those who handle the dead. He joined the army when Russia annexed Crimea in 2014, and remains in Ukraine’s volunteer forces.

But when Russia launched its full-scale invasion in February, he was told to stay home: His job was deemed critical infrastructure. Often, he notices that soldiers at the morgue are unable to bring themselves to look upon their fallen comrades.

“We need to stay here and do this work because no one else can,” he said.

Ukraine and Russia have kept their casualty numbers closely guarded secrets, mostly issuing statements, impossible to verify, about the other side’s losses. A senior adviser to President Volodymyr Zelenskyy of Ukraine recently estimated that about 100 to 200 Ukrainian soldiers were dying each day, up from just a few weeks earlier, when Zelenskyy said 60 to 100 were killed daily.

The rising figures reflect how the front line has shifted since Ukraine pushed Russian forces away from its capital, Kyiv, early in the war. The battles have moved east, pitting entrenched fighters against relentless artillery attacks, in which Moscow appears to have an edge.

“We used to do one or two funerals a month. Now, we’re short-handed,” said Mikhailo, a gravedigger who buries many of the dead that Antoniy prepares for burial. “Every day there is a funeral — sometimes several at once. And they are all so young.”

Antoniy, although he maintains a tough outer shell, treats the bodies with care. He wraps mangled legs in plastic, dabs powder on bruised faces. Gently, he dresses the soldiers in uniforms pulled from a stack of donations — or sometimes, a special suit chosen by loved ones.

“They come here in bad condition, covered in dirt, blood and open wounds,” he said. “We clean them, stitch them back together and get them looking proper.” Borys Ribun, who runs the morgue, said the job “feels psychologically much more complicated,” compared with before the war.

The dead that come in are young people, he said, and they bear gruesome wounds.

“Sometimes, it is really hard to put the parts of the body together. There can be really severe damage,” he said, holding back tears. “But we try. We do what we can so that their families can give them a proper farewell.”

Antoniy has long since gotten used to the dead bodies, whatever their condition — even when he can only return a person’s remains to their families in a plastic bag.

But his hands shake as he describes having to see the relatives. One morning, he backed away quietly as a woman entered the morgue to see the body of her son. She wailed, inconsolable, and then fainted to the floor.

Outside the Lychakiv Cemetery, Mikhailo and his colleagues begin their work at dawn, while the city stirs from sleep. They dig 6 feet down, wiping their brows, chain-smoking cigarettes and cracking jokes when they stop to rest.

“You have to keep joking — you have to. If you take it all close to heart, you go mad,” Mikhailo said.

Lviv’s historic graveyard, which dates to 1786, is filled with local notables and includes a memorial for Soviet soldiers who fought the Nazis. Now, the cemetery does not have room for the number of bodies being brought in. There are around 50 fresh graves in a grassy field outside the cemetery walls.

The new plot stands in the shadows of several stone crosses, whose plaques commemorate another generation of Ukrainian fighters: those who fought against the Soviet Union during and after World War II. The bones of these men were unearthed from a mass grave, found in the early 1990s, when Mikhailo started his job as a gravedigger. Reburying them was one of his first tasks.

In those early days of Ukraine’s independence, it was difficult to find any work with a regular salary. Mikhailo took a job as gravedigger in part because, although it paid little, the money came on time.

“At first, I didn’t tell anyone I worked at the cemetery,” he said. “I was ashamed.”

Wiping away tears, he said he still did not find meaning in his work: “With this job, there is not much to feel proud of.”

Because of the growing need to manage the burials, Lviv’s government has deputized an official from the municipal council to handle the daily funerals. A state-backed company, Municipal Ritual Service, covers most of the costs, providing coffins and flowers for service members killed in combat.

“Each of their stories is unique. They should be written about — all of them,” said Yelyzaveta, 29, who had worked at the company for only six months when the war began.

Atop many graves, families leave tokens to the memory of who their loved ones were in life: A painter’s putty scraper. A teenager’s video game console. A medallion carved into a writer’s quill. A favorite candy bar.

Some of the graves have carefully planted flower beds. Almost all have candles, which flicker as darkness falls each night. Back in the morgue, Antoniy said the only time he and his colleagues chose not to work on a body was when a fallen soldier had been a friend. Then, he said, he finds himself grappling with the same disbelief he often sees in the eyes of mourners.

Working here has taught him not to find morgues or funerals frightening, he said. But it has not diminished his fear of dying.

“There isn’t a single person who doesn’t fear death,” Mikhailo said. “I have buried everyone from doctors to scientists. Eventually, death takes us all.”

Planned Parenthood is ‘taking abortion care on the road,’ will open…

Why a scientist who sequenced Neanderthal DNA was awarded…

Ileana D’cruz Takes a Mirror Selfie As She Flaunts Her…