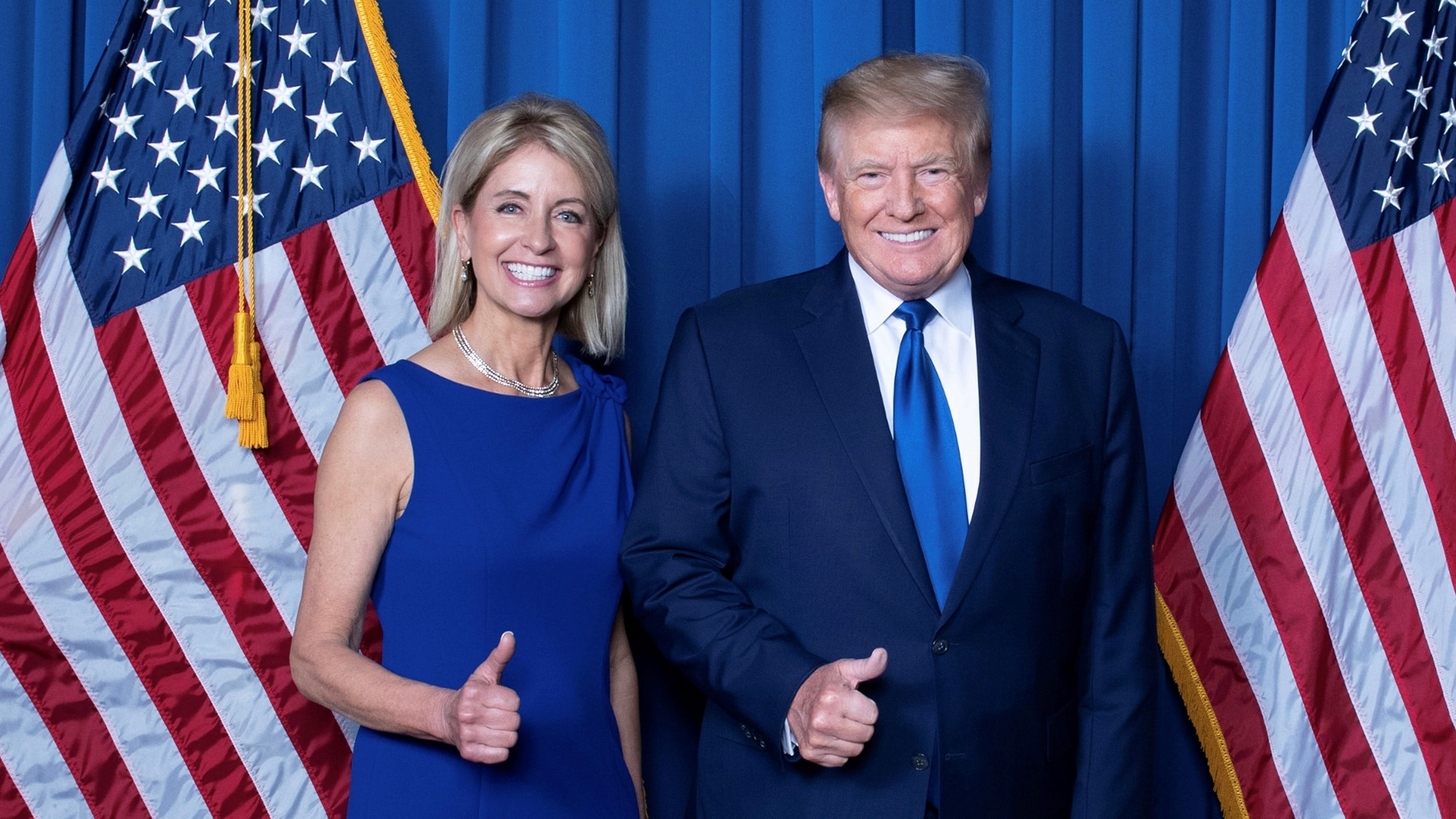 Miller is a first-term representative in Illinois’ 15th Congressional District, which has been dramatically redrawn in the once-in-a-decade redistricting process. Davis, who for a decade has represented the neighboring 13th District, is running against Miller for the new, heavily red seat in the central part of the state, which contains large swaths of his current district.

With just a couple of days left until the primary, Miller will receive Trump’s help on Saturday, as the former president will hold a rally at the Adams County Fairgrounds in Mendon, Illinois.

Miller told Fox News that “I’m an America first supporter. I’ve been with him from the very beginning” and noted that “it’s an America first district. I’ve got a lot of grassroots support, and the Trump rally’s just building momentum.”

While he does not have the former president’s backing, Davis is also spotlighting his Trump credentials.

Davis showcased that his “record includes helping to craft the Trump tax cut bill, helping to craft private sector employer-based student loan payment programs. These are the Republican ideas that I was able to help craft and help work through the process, and with a few of them, eventually have them signed into law by President Trump during his administration.”

“I’m never going to run away from my record with the President,” Davis emphasized.

Pointing to Trump’s endorsement of Miller, Davis argued “I think he got some bad advice from some people who had an agenda, but in the end, I’m proud of my record of working with him.”

However, Miller charges that her rival has “stabbed President Trump in the back multiple times and the people in the 15th district don’t appreciate it. Voting for the January 6 Commission has outraged people.”

Davis was one of 35 House Republicans who last year voted for a bipartisan and independent commission to investigate the Jan 6, 2021 deadly attack on the U.S. Capitol by right wing extremists and other Trump supporters who aimed to disrupt the congressional certification of President Joe Biden’s 2020 election victory. The bill to create the commission was downed in the Senate and House Democrats eventually set up a Democratic dominated select committee to investigate the storming of the Capitol.

Miller also attacked Davis for “supporting red flag gun confiscation” and argued that Republican voters in the district “don’t want anybody representing them that will vote to diminish their Second Amendment rights.”

Earlier this month, Miller went up with a TV ad that spotlights Davis’ 2019 support for red flag laws in the aftermath of mass shootings in Dayton, Ohio, and El Paso, Texas.

“RINO Rodney Davis claims to be a conservative. But he votes like a liberal,” the narrator in the spot charged.

A recent national poll from Fox News, conducted in the wake of last month’s shooting at an elementary school in Texas where 19 young students and 2 teachers were killed, indicated 81% support – including 72% from Republicans – for passing “red flag” laws that allow police to temporarily take guns away from people shown to be a danger to themselves and others.

The Senate passed a bipartisan bill Thursday night that included federal grants to encourage states to set up red flag laws. The House passed the bill on Friday, sending it to President Biden’s desk.

Davis was not among the 14 House Republicans who voted in favor of the bill.

While the National Rifle Association Political Victory Fund gives Miller an A rating, Davis has an A- rating.

Davis discounts the attacks from Miller, saying “it’s one of those games and gimmicks that a lot of people try to play in campaigns.”

“Democrats have called me too conservative, too Republican to pro-life, too pro-Second Amendment. So it’s just not believable when Mary Miller, who’s been here less than one term, decides to compare her limited record to my record of success in standing up for conservative values and principles. But also governing,” Davis emphasized.

Davis also took aim at Miller, spotlighting her controversies and pointing out that she does not live in the redrawn district while he does.

“She’s kind of developed the by basement strategy of hiding from the media, not answering questions that may be uncomfortable,” he charged. “For example, she still never addressed the fact that she had a convicted pedophile who spent time in jail for trying to lure a young boy for sex. She had his person as her personal driver in her car, and then also allowed him to drive her car with legislative plates to events, like a parade of Jacksonville, where there were kids. This is something she has yet to address.”

Miller did not address the controversy and instead argued that “Rodney has nothing to run on but a smear campaign.”

While he does not have Trump’s backing, Davis recently landed the support of the U.S. Chamber of Commerce and the Illinois Farm Bureau’s political action committee – which carries weight in a district where agriculture is a major industry. He’s also backed by GOP Reps. Darin LaHood and Mike Bost of Illinois.

Looking to Tuesday’s primary, Davis said “I’m somebody who actually takes conservative Republican ideas and turns them into laws and turns them into action. And I’ve got a great record of doing that. And that’s why I think that people have a new 15th district and me being the only person in this race that lives in that district. That’s why I think they’re going to reelect me on Tuesday.”

Miller is also optimistic, saying that the primary will come down to “two things – it’s Trump and its guns.”

The winner of the GOP primary will be considered the heavy favorite in November’s general election in the redrawn district – where 68% of voters supported Trump in the 2020 election.

How China Is Policing the Future

Jeffrey Dean Morgan Is in Talks to Join The Boys Cast