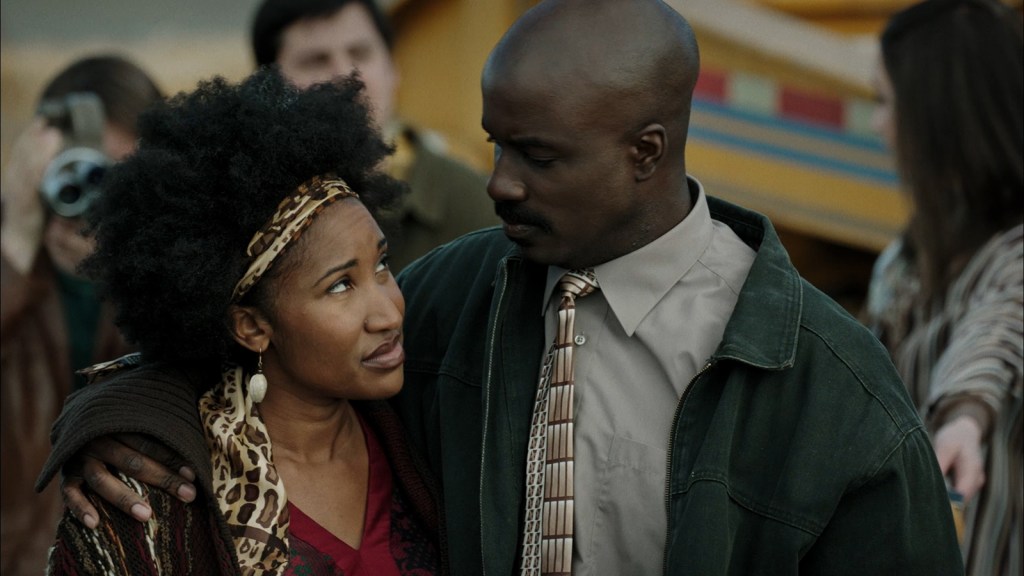 Not Rated. On VOD.

Mike Colter is the reason “I’m Charlie Walker,” a real-life story about race in 1970s-era San Francisco, works. His magnetism and screen presence cannot be manufactured. You have them, or you don’t, and Colter, whose work in “Luke Cage,” “Jessica Jones” and “Evil” should have made him a star, has them.

“I’m Charlie Walker” is a fictionalized tale of Walker, a truck-owning trucker hungry for contracts in 1971 San Francisco, a city you might expect to be liberal, although an opening caption by James Baldwin tells you that you might have a hard time seeing any difference between San Francisco and Birmingham. But when two fully-loaded oil tankers collide beneath the Golden Gate Bridge, spilling oil into San Francisco Bay, Walker lands the contract to clean up Stinson Beach because no white trucker wants the job. “Money is no object,” Walker is assured by a reluctant government contractor, and he means it. Mr. Bennett (Dylan Baker), the head of Tower Oil, wants a piece of the government action, even if it means tolerating Walker. While flying over the beach with Bennett and his assistant in a helicopter, Walker sees two excavation skimmers on a dock and asks to have them delivered to his beach, where they work very well clearing oil and Walker makes better headway than any other site.

Charlie’s secret weapons are his drive, his joie de vivre, even in the face of constant racism, and self-confidence, which seems well supported by his ability to get a job done. Walker may be partial to oddly-colored suits. But he even figures out a way to make money from the oil-contaminated sand he is carting away by the ton day after day. After worrying about losing the family house, he’s got plenty of money coming in for a change. Charlie bonds with the young, tree-hugging hippies, who start out as “volunteers,” cleaning the beaches, but become “independent contractors” on Walker’s payroll. Charlie takes rooms at a nearby motel, keeping him away from his loving, tough-talking wife Ann (Safiya Fredericks) and their three young daughters. Walker also sets up an office at the motel. Things take a dark turn when Ann finds two masked white men in her house. “What’s it like having all this power,” someone asks Walker. “I still feel Black,” is his despondent, frustrated response. “I’m Charlie Walker” is very evocative of the Blaxploitation films of the 1970s, complete with the soundtrack music.

Writer-director Patrick Gilles (“Olive”) keeps the story humming along. He starts out using stock footage and captions to set the stage. The Walker family lives in Bayview-Hunter’s Point, the same Black neighborhood we saw in Joe Talbot’s “The Last Black Man in San Francisco” (2019). As Mr. Bennett’s right-hand man, Englishman Mark Leslie Ford fights a losing battle with his native accent. Lyle Kanouse is quite good as a surly white boss, who doesn’t like Walker, but treats him relatively fairly. That’s scene-stealer Monica Barbaro of “Top Gun: Maverick” as a young woman Bennett meets at a bar with Walker, and veteran actor Carl Lumbly as a trucker working for Walker.

“I’m Charlie Walker” coughs up the occasional anachronism such as Mr. Bennett referring to Walker as “a magical Black superhero.” A scene in which Walker explains to Bennett that he “inherited’ his life because of “privilege” is literally ahead of its time. But I guess some viewers need to have things explained to them. At the end, we meet the real Charlie Walker. He’s still a character.

From Cheating Allegations to Final Marks, Things to Resolve Before Results