‘I’m not particularly ready to go home’ – The Mercury News 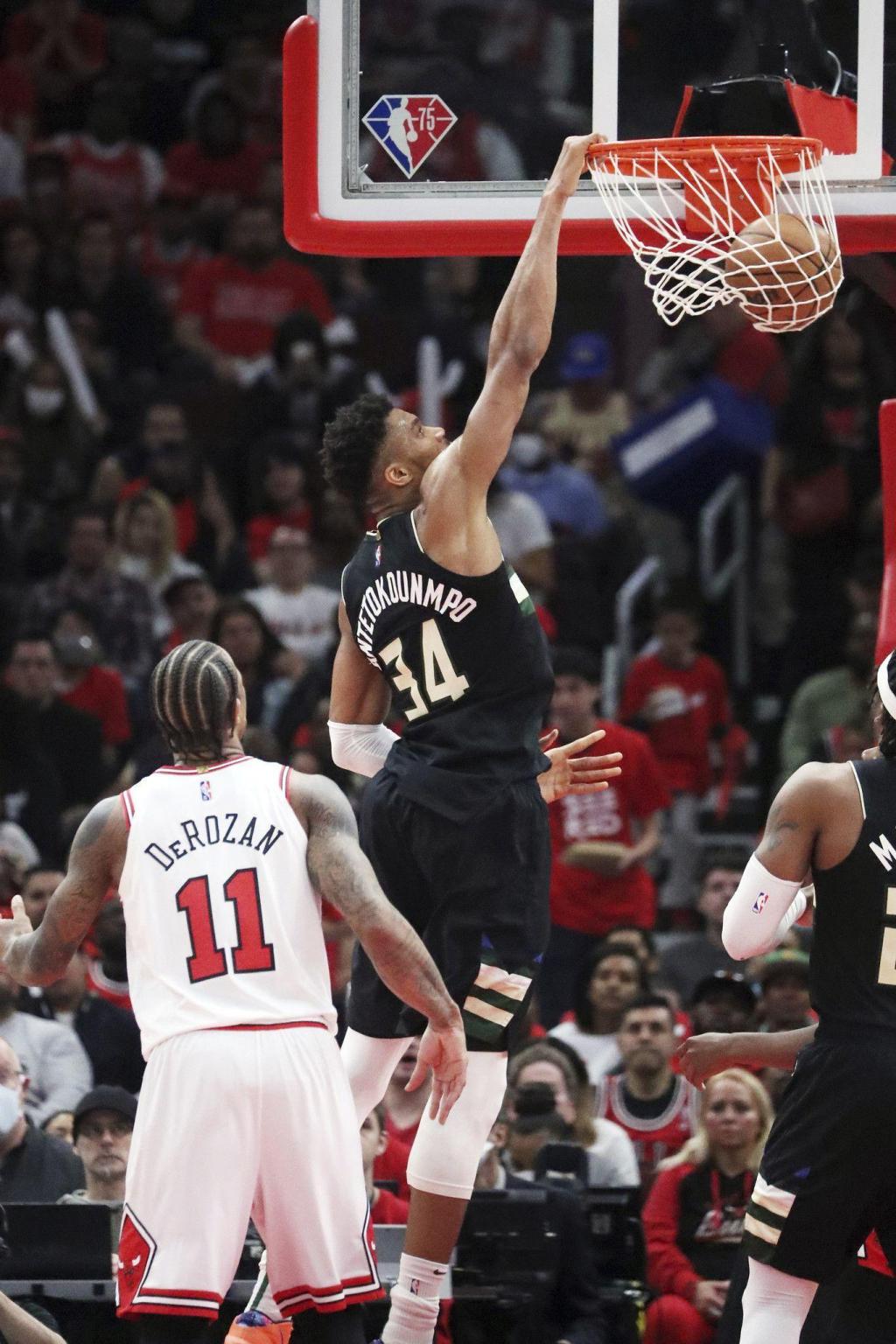 The Chicago Bulls delivered some hope in Game 4 against the Milwaukee Bucks. That was an improvement, at least, for fans at the United Center after the beatdown of Game 3.

The offense matched blows with the Bucks throughout the first half, avoiding an early hole. Patrick Williams finally delivered on his young promise, scoring 20 points in his best performance of the playoffs. The Bulls scored more transition points in the first half (6) than they had in any game in the series so far.

But all that didn’t matter when Giannis Antetokounmpo woke up. The Bucks star carved open the Bulls defense, scoring a series-high 32 points. With Antetokounmpo slicing the Bulls open on both ends of the court, the Bucks waltzed to a 119-95 win.

The Bulls now trail the Bucks 3-1 in the series. After dropping back-to-back blowout losses on their home court, the Bulls face elimination as they struggle to return the confidence delivered by their Game 2 win.

“You’ve got to give them credit — they’ve been through it,” forward DeMar DeRozan said. “They’ve won a series without Giannis before. They’re a championship team for a reason. … We’ve gotten a taste of what it’s like when a great team like that responds.”

The game changed for the Bulls when Alex Caruso took an inadvertent blow to the face from Jevon Carter in the second quarter. Although Caruso took several minutes to clean blood from his nose following the collision, he appeared prepared to playafter returning for the final minutes of the quarter. But after halftime, the guard spent the rest of the game in the locker room.

The injury removed the Bulls’ best defender from the court for the second half of the game — and potentially longer in the series if Caruso remains under concussion protocol. After the game, coach Billy Donovan said the Bulls medical staff was still determining whether Caruso suffered a concussion. The result of that evaluation will determine his availability moving forward.

“Once they started looking into him, I think there was enough of a concern that maybe he has a concussion,” Donovan said.

Rookie Ayo Dosunmu took on a heavier rotation in Caruso’s absence. Dosunmu sank back-to-back 3-pointers in the third quarter, igniting the crowd at the United Center as the Bulls went on a 17-3 run to pull within eight points. But the Bucks absorbed the run effortlessly, responding with seven unanswered points of their own to reclaim a double-digit advantage.

Dosunmu wasn’t the only young Bull to step up in Game 4. Williams finally broke a shooting drought of 12 consecutive misses — which stretched back to Game 2 — with a 3-pointer in the second quarter. Although Williams still grappled with the oversized matchup of Antetokounmpo, his improved aggression helped lift the Bulls in their third quarter run.

The Bulls starters were aggressive in the first half but couldn’t hold that pace. DeMar DeRozan scored 23 points but couldn’t offer any fourth-quarter wizardry. Zach LaVine cooled off after a 12-point first quarter but still finished with a team-high 24 points. Nikola Vučević didn’t make a shot in the second half after scoring 11 in the first half.

“They gave us a different look,” LaVine said. “One guy isn’t going to beat them. They were crowding the paint and once I break that first line of defense, they were sending guys into the lane and not letting me and DeMar try to beat them.”

The starters had no help from their bench. Derrick Jones Jr. was the only bench player to score in the first half. The entire bench tallied only 17 points while the Bucks bench scored 39 to support its starters.

The Bucks bench unit was led by Grayson Allen, who continued to feed off the jeers thrown at him by Bulls fans at the United Center, scoring 27 points on 6-for-7 shooting from behind the arc. Each of Allen’s 3-pointers delivered a demoralizing blow to the Bulls, cutting runs short and punctuating the end of quarters.

Game 5 will take place Wednesday at Fiserv Forum. It will be the first elimination game of the series, ratcheting up the pressure for the Bulls as they return to Milwaukee.

“I’m not particularly ready to go home,” LaVine said. “I hope everyone else isn’t.”