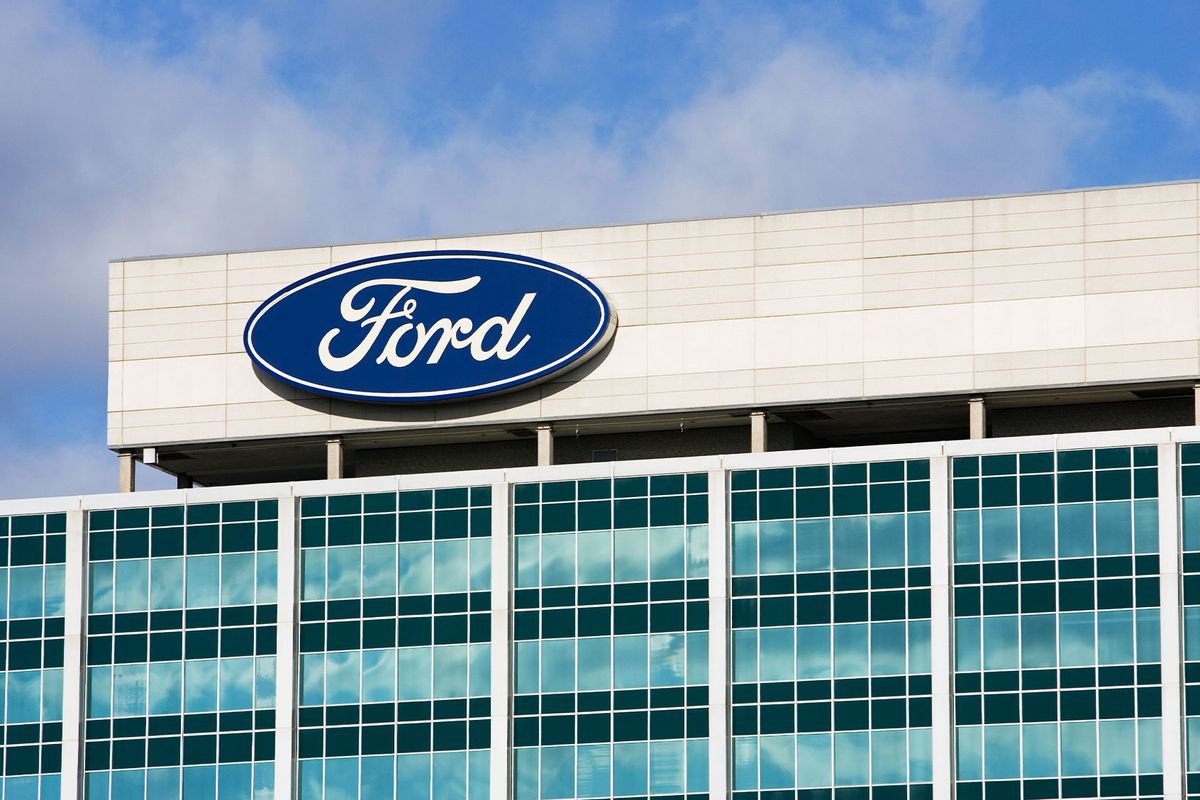 New Jersey is suing Ford Motor Company, one of the country’s largest automobile manufacturers, for allegedly dumping waste on the homelands of the Ramapough Lenape Nation, a Native American tribe recognized by the state.

The lawsuit, filed Thursday in state court, accuses the company of disposing of thousands of tons of toxic paint sludge and other pollutants on the site of a former iron mine in northern New Jersey in the 1960s and 70s, then donating or selling the land without disclosing the contamination. As a result, tribal members say they have experienced cancer, birth defects, and other negative health effects.

“I lost my grandmother to cancer,” Ramapough Lenape Nation member Angel Stefancik said at a press conference announcing the suit. “I’m 22 years old and I suffer with a list of chronic illnesses because of what has been done to me.” At the same time, Stefancik said, leaving is not an option. “I want to be there for the rest of my life … I was born there, and I’m gonna die there.”

The lawsuit, though, doesn’t focus on these health issues specifically. Instead, it seeks damages for the destruction of natural resources, and accuses the company of “deliberate acts or omissions taken with a wanton and willful disregard for the welfare of the residents of New Jersey.” Contaminants such as lead, arsenic, benzene, and polychlorinated biphenyls, or PCBs — likely human carcinogens, according to the federal Environmental Protection Agency — have been found at the site.

In a statement, Ford told Grist that it has not yet had time to review the lawsuit and fully respond to its claims. “Ford takes its environmental responsibility seriously and has shown that through our actions to address issues in Upper Ringwood,” the neighborhood where the dumping occured, the company said through a spokesperson. “We understand this has affected the community and have worked cooperatively with the Borough of Ringwood, the New Jersey Department of Environmental Protection, and the U.S. Environmental Protection Agency while implementing the remediation plan stipulated by the EPA.”

Ford opened an auto assembly plant in the nearby town of Mahwah in 1955, and the company purchased the 500-acre Ringwood Mine site 10 years later to use as a landfill. Over the next decade, according to the EPA, it dumped toxic waste into the forests and wetlands of the site, as well as abandoned mine shafts. The area has been the home of the Lenape people since long before European colonization, and parts of the site were used as affordable housing for the Ramapough people, who trace their ancestry to the Lenape, in the 1970s. Ringwood meets the criteria for an “overburdened community” under New Jersey’s 2020 Environmental Justice Law.

“Today we hold Ford accountable for Natural Resource Damages — for knowingly polluting some of the State’s most precious environmental assets, then walking away without disclosing the toxic mess they had made or attempting to mitigate the harm,” New Jersey’s acting attorney general, Matthew Platkin, said in a press release.

In 1983, the EPA designated Ringwood a Superfund site, and Ford conducted cleanups throughout the 1980s and 1990s. But further waste was discovered in the following years, and Ringwood was re-listed as a Superfund site in 2006, the only time the EPA has done so; Ford eventually agreed to pay the state $2.1 million to cover the costs of the cleanup. The new lawsuit builds upon this past recourse, seeking an as-of-yet-unspecified amount in damages for the destruction of natural resources, which would fund projects to further restore the contaminated land as much as possible.

Ford has also faced a class-action lawsuit from around 600 Ramapough Lenape Nation members, who sued the company in 2006 for property damage and personal injury. The legal battle was the subject of an HBO documentary, “Mann v. Ford,” that followed the tribe’s lawsuit against the backdrop of the 2008 financial crisis and subsequent automotive industry downturn. Fearing that Ford might go bankrupt, the Ramapough accepted an $11 million settlement with the company, according to the documentary. But waste remains at the site, and cleanup is ongoing; the EPA doesn’t expect “final remedial action” to begin until 2024.

The Ramapough Lenape Nation’s struggle against Ford is part of a global trend; around the world, Indigenous people suffer disproportionately from the impacts of pollution, according to a 2020 study from Helsinki University. Also on Thursday, the U.S. government announced it had reached a $32 million settlement with New Mexico over a 2015 spill that polluted rivers in the Navajo Nation with arsenic, lead, and other heavy metals.

Planning The Perfect Summer In Berlin

Why doctors still use faxes, and why Ontario aims to phase them out of health care