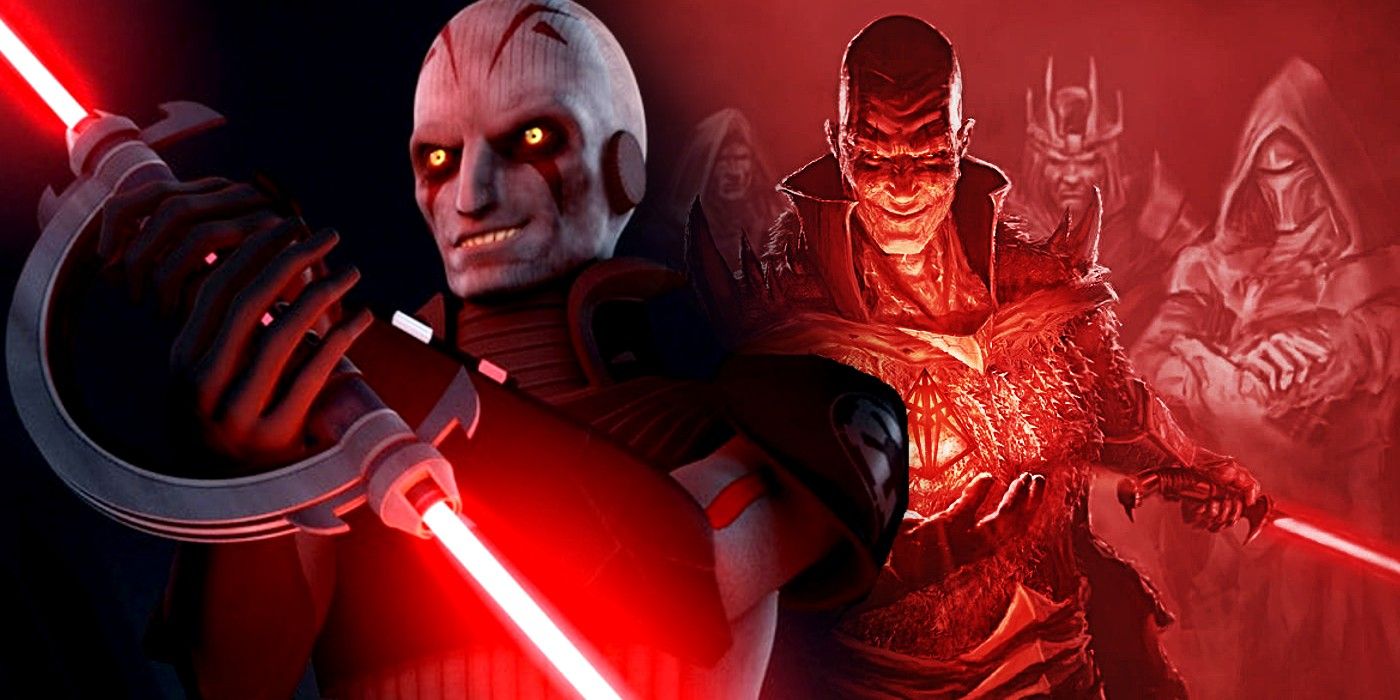 The following contains spoilers for Obi-Wan Kenobi Parts I and II, which premiered May 27 on Disney+.

Set in between Revenge of the Sith and A New Hope, the new Obi-Wan Kenobi series is the perfect platform for various Star Wars Easter eggs. In the first two episodes, it’s clear that the writers had eagerly embraced the opportunity to bridge the gap between trilogies. Temuera Morrison cameos as a Clone Trooper, 4-LOM shows up on Daiyu, and there are countless flashbacks to the prequel trilogy, including another view of Order 66.

However, one of the coolest Easter eggs isn’t something physical — it’s the characterization of the Dark Side itself. As the various Inquisitors struggle to find a unified purpose, their squabbles perfectly mirror the Ancient Sith of Darth Bane’s time and show fans why the Rule of Two was a necessary development in the Sith Order’s history.

The Grand Inquisitor first appeared in the Star Wars Rebels animated series. His visage was terrifying, and his command of the Force was unlike anything that Kanan Jarrus and Ezra Bridger had ever seen. By the end of Season 1, Kanan was able to end the Grand Inquisitor’s reign of terror, but it wasn’t long before new threats arrived. In Season 2, the two learned that there were plenty of other inquisitors, as the Fifth Brother and the Seventh Sister started to hunt them.

While the Fifth Brother and Seventh Sister had the common goal of hunting down Jedi, it was clear that they had their own styles of doing things. It also quickly became clear that there was a rivalry between the two “siblings,” but this isn’t an isolated bit of competition. The Darth Vader (2017) comic series elaborated on the Inquisitorius, and Star Wars fans quickly learned that the order of Inquisitors was a power grab. Every one of them was trying to gain favor with Vader, and if that meant backstabbing a colleague, that was perfectly acceptable.

Clearly, Vader wasn’t worried about fair play. He simply wanted the Inquisitorius to accomplish its Jedi-hunting tasks — regardless of the internal squabbles. In fact, those squabbles only drew them closer to the Dark Side of the Force, where the anger of backstabbing and bitter rivalries only made them stronger.

That mindset becomes even more evident in Obi-Wan Kenobi‘s first two episodes. The Grand Inquisitor is on his usual power trip, and the Third Sister (Reva) doesn’t like it. So, she makes a clandestine plan to draw Obi-Wan (whom she has a vendetta with) out of hiding after being explicitly told to stop looking for Kenobi. Luckily for her, the plan works in drawing Obi-Wan out, but when he sees this, the Grand Inquisitor decides to take credit for the operation. She is just about to attack Obi-Wan when the Grand Inquisitor arrives to steal her thunder. Naturally, Reva isn’t going to stand for that kind of insult, even from her superior. So, she takes her lightsaber and runs him through. Granted, it’s pretty obvious that the Grand Inquisitor won’t die from his wounds, and the rivalry between them will continue.

The Inquisitorius is the perfect facsimile of the Ancient Sith. Of course, the Inquisitors are not Sith — they really aren’t all that powerful. Yet, their affiliation with the Dark Side puts them in the same category as the Sith and gives fans a picture of what the Ancient Sith rivalries would have looked like. Thus, had the Sith united, they would have had a chance of defeating the Jedi Order. However, their self-elevating natures (which is a characteristic of Dark Side users) kept them from truly working together. Between their wars with the Jedi and their own murderous plots, the Sith nearly went extinct during the time of Darth Bane. His Rule of Two was the only thing that preserved the Sith Order and allowed it to secretly grow for thousands of years. Left unchecked by Vader, the Inquisitors would have done the same thing and eventually killed each other off.