Is Austal (ASX:ASB) ready to diversify its long-term revenue base? 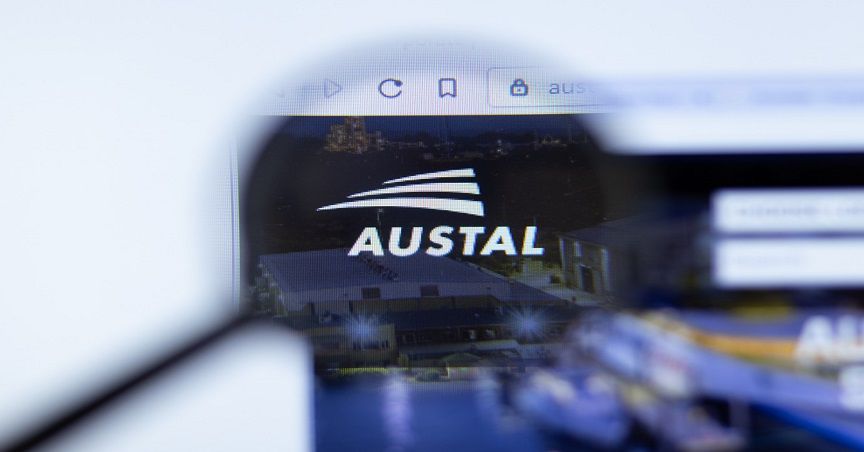 Australian global shipbuilder Austal Limited (ASX:ASB) shared that it has multiple contracts worth AU$300 million. Reportedly, these contracts would help the company diversify its long-term revenue base while utilising its support and shipbuilding expertise.

This news came just two days after the company confirmed Andrew Forrest as its biggest shareholder.

During the early trading hours, the shares of Austal were buzzing in the green territory. Later, it entered the red territory, down by 1.08% to AU$1.84 per share at 11:55 AM AEST. Including today’s share price movement, the shares are down by 12% in the last 12 months and on a year-to-date basis, the stock fell by 7.32%. The stock fell by over 6% in the last month alone.

The shares underperformed its benchmark index, ASX 200 Industrial (XNJ), which was up by almost 1% around the same time.

Details of the contracts awarded to Austal

Through ASX-announcement, Austal informed the broader market that it had been awarded following multiple projects.

Two Cape-class Patrol Boats – It is a two-year contract in which the company would sustain the two Cape-class patrol boats constructed for the Government of the Republic of Trinidad and Tobago. This contract demonstrates the company’s capability to offer support services and generate a recurring revenue stream after the construction.

Two evolved Cape-class Patrol Boats – Under this contract, the company would build additional two Evolved Cape-class Patrol Boats for the Royal Australian Navy for AU$110 million. Back in May 2020, Austal received an AU$324 million worth contract to develop six vessels. One vessel was delivered in March 2022, and the rest five are in different stages of development. Now, with this contract, a total of eight vessels are to be delivered.

Two Navajo-class towing and salvage – Austal USA has started by developing two Navajo-class towing and salvage vessels to assist US fleet operations. These ships will support humanitarian assistance, oil spill response and wide-area search and surveillance. In addition to this, the company will conduct detailed design and construction of the new Auxiliary Floating Dry Dock medium of the US Navy.

Paddy Gregg, chief executive officer of Austal, commented on the development that,

Gregg highlighted that the Trinidad and Tobago support contract shows the company’s capability to maintain patrol vessels to operate efficiently and safely. The Evolved Cape-class Patrol Boats contract demonstrates the Royal Australian navy’s confidence in the company. Gregg added that the Floating Dry Dock contract illustrates the Navy’s confidence in the growing capability of the company to deliver aluminium and steel vessels.

Must read: Why is Transurban (ASX:TCL) share price on rise today?