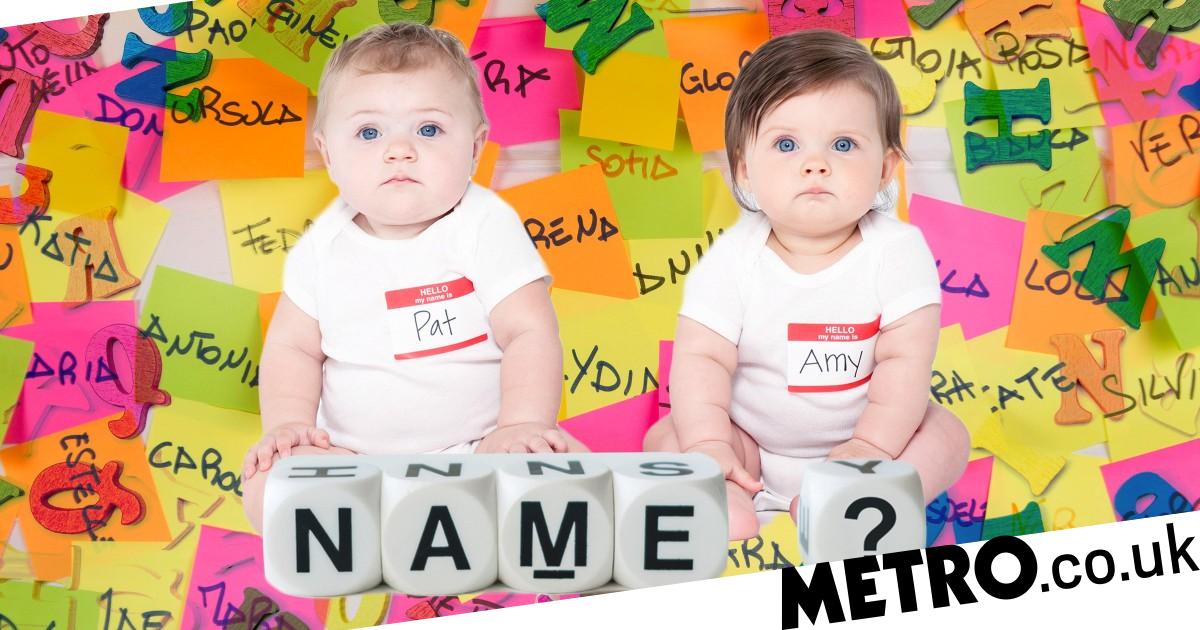 Picking a name for your baby is no easy feat.

It’s the moniker they’ll be stuck with for the rest of their lives so if you mess it up, it’s a mistake that’ll last a life time. No pressure.

Many parents talk of holding their newborn in their arms and picking a name that magically ‘suits’ them.

Except, what if it doesn’t?

Kylie Jenner caused controversy recently when she admitted to changing her son’s name.

She and Travis Scott welcomed baby Wolf in February this year, but months later, the Lip Kit mogul admitted they’d done a U turn.

Appearing on The Late Late Show with James Corden Kylie said ‘that’s not going to be his name… we don’t call him that.’

The tot’s name remains a mystery, with Kylie admitting she’s reluctant to share it because ‘god forbid we change it again.’

She also revealed that – despite her son being almost eight months old – Travis ‘still changes his name a few times.’

It may sound like typical Hollywood behaviour, but changing a child’s name is not as rare as you might think.

Baby name experts say they encounter the scenario frequently, and baby name regret is said to affect around 20% of parents.

‘There’s a lot of shame around changing a baby’s name — parents construe it as a failure. But as with other choices, it’s normal to have regrets or change your mind!’

Sophie also quashes the myth that a name change will do your child psychological damage.

‘Some people will try to tell you that changing a baby’s name is selfish and will harm the child, but this simply is not true,’ she says.

‘In many cases, a name change is beneficial because it makes the parents feel better, improving their mental health and relationship with their child.’

And it’s pretty easy to give a baby a new name before they’ve turned one.

You just fill in a form from the register office and the birth certificate gets amended.

It’s slightly more complicated if they’re older – but not much. You’ll need to fill in a a different relatively short form found on gov.uk and pay £42.44.

For mum-of-two Sarah Cookson, her baby name regret came from people not being able to pronounce her choice properly.

Sarah, 37, from Liverpool tells Metro.co.uk: ‘For my first baby, I turned to google and found the name Eilah – pronounced like the more common Isla.

‘I immediately fell in love with it. I thought it was a modern day twist on Eileen, my nana’s name, who I was very close to.’

But within a few weeks of the birth of her daughter, Sarah, a care worker, began questioning her decision.

She says: ‘I kept being asked how to pronounce it. It was so annoying – and I kept thinking how this would plague Eilah throughout her life.

‘We got cards addressed to Isla – one was even sent to ‘Elijah’ – and health visitors and doctors kept getting confused.’

Soon, Sarah and her husband began discussing whether they should change their daughter’s name.

She says: ‘I was full of post-pregnancy hormones and I wasn’t sure if I genuinely didn’t like the name or I was just overthinking it and questioning my decision.

‘But baby name regret is horrible and it filled me with anxiety.

‘I felt like I’d lumped my baby with an awkward name that she’d grow up hating.

‘I worried that I’d struggle to bond with her because I flinched every time I said it.

‘It had a real impact on my mental health, but I felt embarrassed to talk about it because, after all, it’s just a name.’

Sarah even investigated how to change her daughter’s name by deed poll, and downloaded the forms to do so.

How do you pick a name that’s going to stick?

In the end though, she stuck with her first choice.

She says: ‘We stuck with Eilah because of the connection to my nana, and now Eilah’s seven-years-old and I’m really happy with it. She’s sassy and outgoing and she suits an unusual name.

‘But after my experience, I can totally understand why you might want to make a swap.’

Sophie Kihm says most parents change their child’s name because they picked their first choice under pressure.

Sophie says: ‘Perhaps they followed a family tradition or got talked out of their original favorite by someone they’re close to — or they chose a name impulsively.

‘The best way to choose a name you love is to do so with intention and because it’s a name you love, not one you feel like you “have to” use. And if you’re the type of person who is easily influenced by others, it might be wise to keep your shortlist to yourself.’

And if you are going to change your child’s name, Sophie has some advice. ‘You have to be clear on what you dislike about their current name,’ she says.

‘Maybe it’s that you hate the nicknames, it doesn’t work well with older sibling names, or something else.

‘But I recommend parents go back to their original list of baby names — what names did you cross off the list that might be a better fit or match your values more?

‘In most of my name change consultations, parents choose a name that was previously on their list.’


MORE : Food inspired baby names are the latest trend – here’s how to pick the best

All upcoming game releases for October 2022 — from Call of Duty: Modern Warfare 2 to Overwatch 2

Reverend condemns ‘colonialism and racism’ in…