Is motherhood oversold to women? I think so 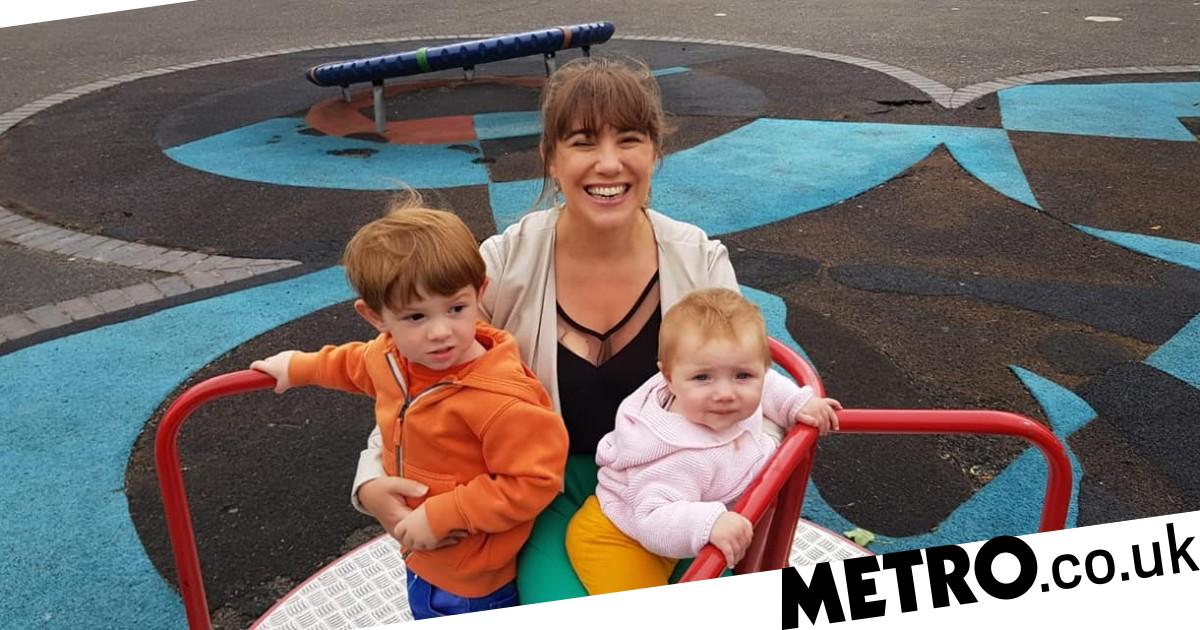 ‘Didn’t you think it would be easier by now?’ I asked my husband Tom the other day.

He thought for a minute – Tom is a sensible chap who never blurts out an answer the way that I do – before nodding. ‘I really did,’ he admitted.

By ‘it’, I was referring to life. More specifically, life as a parent.

Our children, Theo and Immy, both under five, are delightful but also completely hard work. They never listen to anything we say – unless it involves the word chocolate. It’s a nightmare to get them to brush their teeth and even choosing clothes is a painful process.

It’s not just our children. All of our friends say the same things. It comes with being a working parent – getting everyone up in the morning, trying to get everyone ready to be dropped off at the right place at (more or less) the right time.

It’s coming up with meals that everyone likes, every single night. It’s trying to arrange play dates with other parents you barely know.

So when I saw a mum-of-two question, ‘are we oversold the idea of motherhood as girls and young women?’ on Mumsnet, I wanted to scream, ‘Oh God, yes!’

For a lot of women, I’d argue, becoming a mum isn’t even a choice. It’s an expectation society pushes on us. A child of the 80s, every little girl I knew had a doll they’d name and ‘look after’.

Of course, those dolls didn’t resist when you changed their clothes and closed their eyes as soon as you laid them down.

Then there were the pictures of smiling, playing parents and children advertising everything from toothpaste to trips abroad and films and books filled with similarly happy families (I even had a series of stories of that exact name – and a card game!). It was easy to assume every beaming mum, dad and 2.4 children lived happily ever after.

The reality is so far from that. That became apparent before I’d even met my baby, when, a week after my due date, my waters hadn’t broken. I hadn’t had contractions.

Let’s talk labour. I remember someone once joking with me that if they told schoolgirls there was a high chance they’d poo while giving birth, it would lower teenager pregnancies more effectively than any other form of contraceptive.

I genuinely believe that’s true. When I was growing up, decades before shows like This Is Going To Hurt and the now-axed One Born Every Minute, there was so little realism when it came to giving birth.

The most I ever saw was a woman giving a few pushes, then cradling a tiny newborn with a look of awe on her face. No-one mentioned the literal days that labour could take, the extreme pain or the tears.

I’d never dreamed that, after being induced and going through constant contractions for 26 hours, I’d only be ‘maybe’ six centimetres dilated and would need an emergency c-section because my baby’s heartbeat was slowing down.

Even after that, things barely get better. After years of being spoonfed scenes of families cooing round a beautiful newborn, instead, you find yourself dealing with bleeding nipples and screaming babies who don’t settle even when they’re fed, changed and burped, all while coping with a stinging vagina or c-section stitches.

Yes, you adore your newborn, but you weren’t prepared for the mind-numbing boredom some days bring when you only have them for company.

But sometimes, when it’s a choice between that and daring to assemble the pram, change their nappy, pack the change bag, change their nappy again, assess the weather for appropriate outerwear for you both, realise they need their nappy changed again, sometimes it’s easier to stay put and face the boredom head on.

Nowadays we have a slightly more realistic idea of motherhood, but such posts are often for comedic value. What hilarious disaster did your child cause today? What silly reason set off their latest tantrum?

But when you’re in the middle of that disaster or tantrum, let me assure you, the last thing you want to do is laugh.

And for the most part, people still tend to paint picturesque scenes of their children prancing happily through lavender fields or clinging cutely to their parents.

Don’t get me wrong, I’m not criticising those people – I’m one of them. I post the pictures of Theo and Immy holding hands, grinning bashfully at the camera, riding their balance bikes.

Those same photos don’t tell you that you now have to ask ‘permission’ to go out with friends (or at least check that the other parent isn’t out) and that although you don’t begrudge your partner a night out, your heart can’t help but sink when they remind you it’s tonight they’re meeting the lads. Because while they’re out, you’re destined for a rubbish night trying to wrestle both children into the land of nod.

Your children will work you harder than any other employer you will ever have – and there’s no sick days or annual leave in this job. You are on call 24/7.

You put shoes on, you take shoes off, you call your husband because you didn’t do it right. Even though he does it the exact same way. You face a full-on tantrum for pouring water into the yellow cup, even though that was the one that was requested.

You want to scream in frustration and fury. You will feel like a complete and utter failure. You will experience ‘mum guilt’.

Of course, with the lows come the massive highs – the ones that are far more widely talked about. The nights they fall asleep, safe and snug, in your arms, the (admittedly bedraggled) flowers they’ll present you with that they’ve picked especially for you from the garden, the times they’ll turn round and say, ‘I love you Mummy’ out of the blue.

In those moments, all is forgiven and you realise that being a mum is the best thing you’ll ever experience. And maybe, despite the difficult moments (days and weeks), you’ll feel as though nothing could have oversold the joy of creating and loving another tiny, precious human.

Of course, motherhood is just one option for all of the women out there and, as it’s such a consuming, overwhelming experience, it should be one you enter into freely, rather than having it instilled into you that it’s an inevitable part of your life.


MORE : Why is ambivalence around motherhood still so shocking?


MORE : Mums share the most unexpected joys and horrors of motherhood


MORE : ‘I felt more sexy with every baby I had’ – Women on reclaiming their bodies after childbirth

No, these photos aren’t proof that Vladimir Putin is planting actors during official visits

Qualcomm wants to buy a stake in Arm alongside its rivals

Jaylen Brown talks leadership, and a promise he once made to…