Is Northern Ireland vs England on TV? Kick-off time, channel and how to watch World Cup qualifier 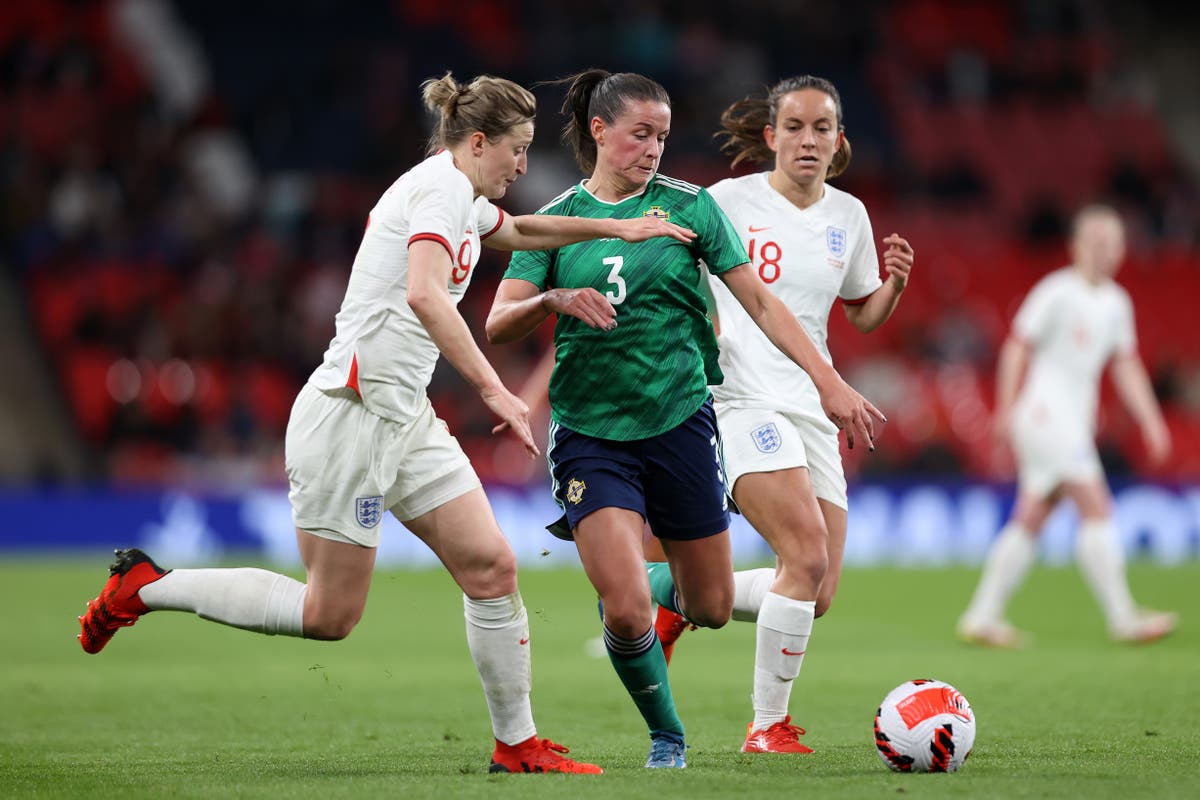 England could book their place at the 2023 Fifa Women’s World Cup as they take on Northern Ireland in Belfast.

Sarina Wiegman’s side are unbeaten and top Group D, and will qualify with two games to spare if they beat their near neighbours and Austria fail to win against Latvia, who are bottom of the group.

Northern Ireland are third in the group after defeat to the Austrians on Friday that served as a significant blow to their hopes, but will be hoping to again impress having frustrated England for large periods during the reverse fixture at Wembley in October.

With the two sides – and in a qualification quirk, Austria – alongside one another in Group A at this the 2022 Women’s Euros, Northern Ireland will be hoping to give a capacity Windsor Park crowd plenty of hope as they bid to end England’s qualification winning run.

Here’s everything you need to know ahead of the World Cup qualifying encounter.

When and where is it?

England vs Northern Ireland at Windsor Park in Belfast is scheduled to kick-off at 7.55pm BST on Tuesday 12 April.

How can I watch?

Viewers in the United Kingdom can watch the game live on BBC Two, with coverage beginning at 7.30pm BST. The game will also be available via the BBC Sport website and BBC iPlayer.

Ashley Hutton was the highest profile absentee from the Northern Ireland squad for these two qualifying fixtures as the defender continues to work her way back to full fitness. Kenny Shiels may again set up with a solid five-at-the-back formation that worked so well in the first half against England at Wembley in October.

Newly installed as captain through Euro 2022, Leah Williamson was forced to miss the 10-0 win over North Macedonia while going through concussion protocols. She will return to Sarina Wiegman’s defence, with Alex Greenwood and Lotte Wubben-Moy back at their clubs after leaving England camp due to injury.

Northern Ireland will be hopeful of keeping their visitors at bay as they did in October, but England’s superior fitness eventually told at Wembley, and may well do likewise in Belfast. Northern Ireland 1-6 England