Is Shikimori’s Not Just a Cutie’s Main Character a Tsundere? 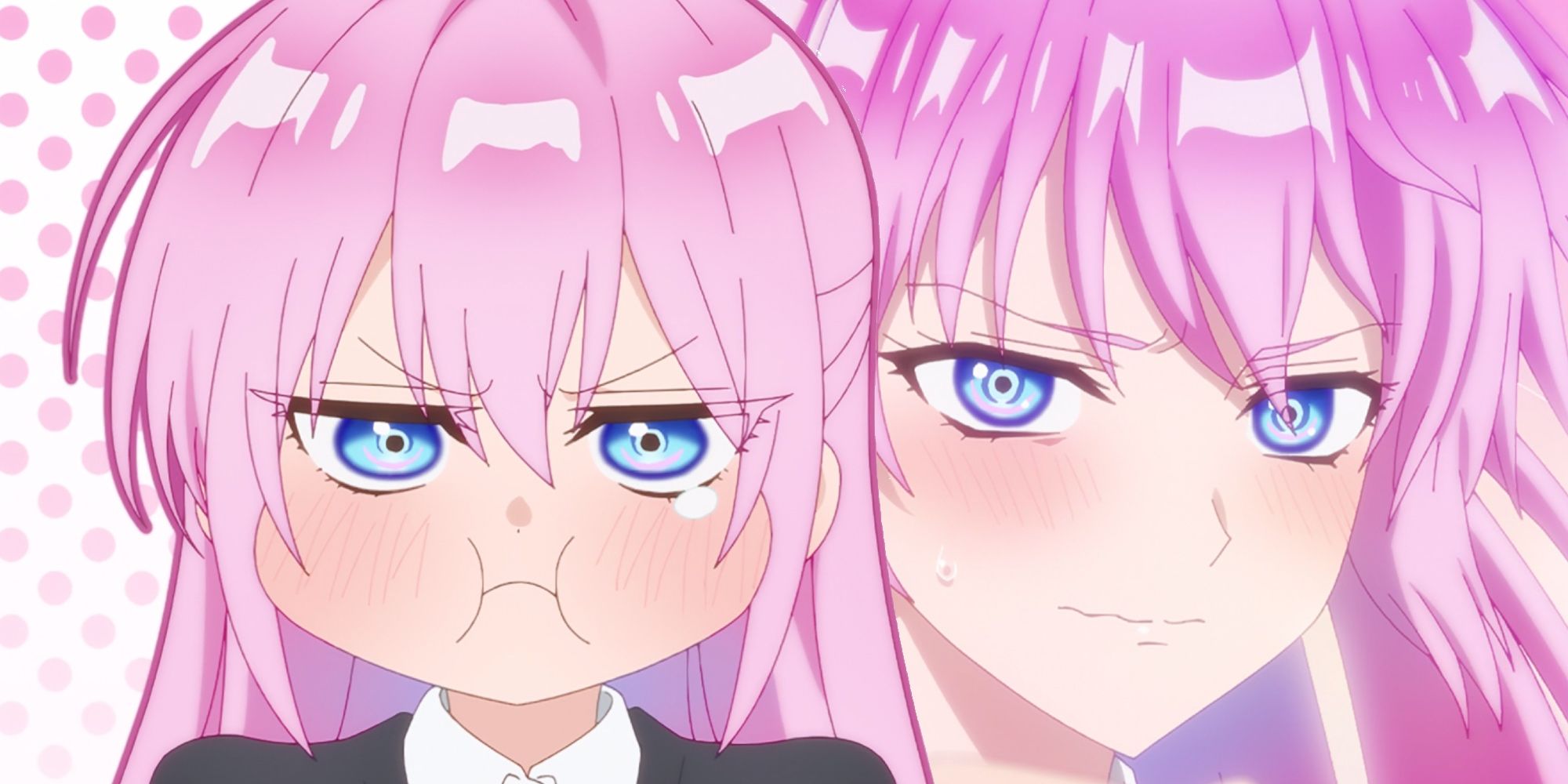 The following contains minor spoilers for Shikimori’s Not Just a Cutie Episodes 1 and 2, now streaming on Crunchyroll.

A new spring 2022 rom-com anime, Shikimori’s Not Just a Cutie is about the relationship between the cosmically unlucky Izumi and his girlfriend Shikimori. What makes the titular lead unique in her genre is that she often comes across as more cool than cute, more awesome than adorable. Shikimori’s stoic protectiveness of Izumi makes her more like the protagonist of an action thriller than a high school romantic comedy. Even so, there are certain classic rom-com tropes that might apply to the unusual heroine.

The term “tsundere” essentially describes a character who starts off aloof or aggressive but reveals a warmer side to their personality over time. However, it can also be used to describe characters who change back and forth rapidly between being aggressive and being affectionate. Given Shikimori’s often-changing personality, it makes sense for fans to wonder if she counts as a tsundere. Here are some ways in which the term may or may not be applicable to her.

RELATED: Shikimori’s Not Just a Cutie: Everything to Know Before the Anime Starts

Shikimori’s Not Just a Cutie‘s lead has two distinct sides to her personality — whereas tsundere characters can be both harsh and kind, Shikimori can be both “cool” and “cute.” Like a typical tsundere character, one side is more friendly and positive while the other is more intense and aggressive-seeming. In Episode 1, Shikimori pouted when Izumi mentioned that she is sometimes “not cute,” then revealed that Shikimori’s cool side is one of the things he loves about her. He encouraged her to beat his poor score when they went bowling together, and said “I’m in love” when she kicked away a signpost that almost fell on him.

In contrast, there are a few ways in which Shikimori’s unique personality does not fit the tsundere trope. The stereotype of a tsundere in a romance story is that they either initially dislike another character and warm to them over time, or already have a crush on them but are embarrassed about their own feelings. Both of these scenarios can create romantic drama. However, Shikimori never hides her romantic feelings for Izumi.

She is always affectionate toward Izumi, even in her “cool” mode. The first appearance of Shikimori’s cool side had her protect Izumi from a passing truck’s fumes and tell him with a smile, “I swear… you gotta stop worrying me so much.” Even when she hid her enthusiasm about being in the same class as him again, it was because she was embarrassed about how excited she was, not about how much she likes Izumi. In this way, it could be said that Shikimori and Izumi’s relationship is refreshingly secure compared to a more melodramatic tsundere romance.

Shikimori sometimes expresses frustration toward Izumi, but even this is mainly because she wants to spend more time with him — she doesn’t pretend to like him less than she does. In Episode 2, she accused him of spending more time with his friend Inuzuka than with herself. She did this with intensity and conviction, but not so much that it was as if her personality had changed. Being calm sometimes and jealous and angry at other times doesn’t necessarily make Shikimori a tsundere, it simply makes her human.

She may not be aggressive toward her romantic interest like a stereotypical tsundere, but she has shown the potential to be aggressive toward other characters. In Episode 1, Shikimori overheard a group of boys implying to Izumi that she was too good for him, much to her dismay. A sharp stare from her cool side was enough for the boys to collectively scream in fear, jumping when she slammed the door on them. When Shikimori was seemingly jealous of Inuzuka protecting Izumi from an errant volleyball in Episode 2, another intense stare left Inuzuka in a similar state of fear.

Shikimori is clearly capable of both fury and fondness, but doesn’t gradually move from one to the other in the story or oscillate unpredictably between the two. It seems clear from the Shikimori’s Not Just a Cutie‘s first two episodes that the tsundere appellation doesn’t fit her especially well. Even so, it is a term with many definitions which have changed over time, so it’s understandable that fans could see this cute yet cool character as another evolution. Tsundere or not, Shikimori is making her own way as one of the most memorable new anime characters of the season.

Ciaran McGhee is a critic and writer with articles in such publications as GamingBible, and Lancaster’s SCAN. He is dedicated to analysing animation up close as well as looking at the big picture. Ciaran attends fan expos to learn about upcoming anime projects and engage with fan and production communities. He is a sketch artist who continues to practice character design on a daily basis, as well as writing scripts and performing in local theatre.