Is this the last Father’s Day my dad will remember? 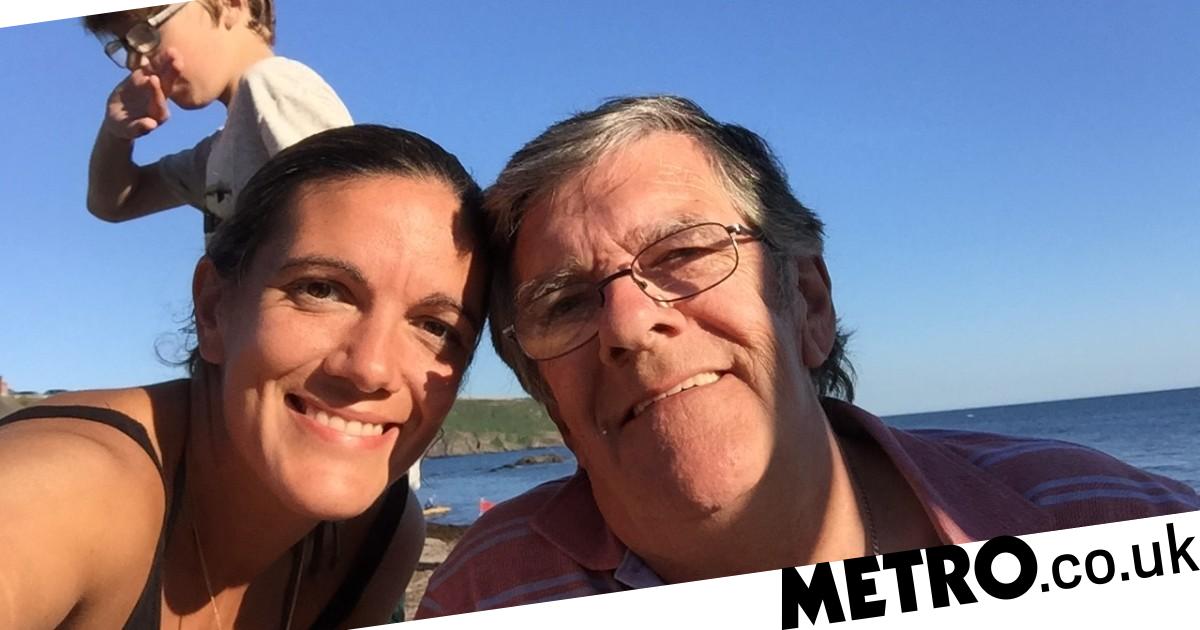 It was Father’s Day, I was 21, at university in Edinburgh, and I’d surprised him with a second hand copy of our favourite poetry book A Child’s Garden of Verses by Robert Louis Stevenson – the first dad’s day I’d remembered in at least four years, if not longer.

He was in equal parts surprised and delighted, and made no mention of the years I’d forgotten – presumably content in the thought that I’d remembered, and knew him better than anyone.

Sadly, things are a little different now. With my dad having been recently diagnosed with Alzheimer’s and dementia, the stark realisation has started to sink in that this Father’s Day could be the last he remembers.

Dad’s always been my guiding light, my moral compass, best friend, confidant and everything in between – which is why his diagnosis of Alzheimer’s and dementia in September 2020 floored us both. (Never one to do things by half it’s so very ‘him’ to be diagnosed with two conditions).

A stroke in March this year has robbed even more from him too, putting mortality into a sharp focus for us both.

Growing up in the 80s, Dad was a stay at home dad – an exceptionally rare phenomenon back then. He’d been diagnosed with epilepsy in 1978 and told he could never work or drive again, so after the heartbreak of selling his fledgling hairdressing business, he threw himself with vigour into his new role of being a full-time parent.

My mum, Irene, was a housekeeper in a local hotel so it was Dad that did the school runs, patched up grazed knees, hugged away nettle stings, taught me to ride a bike, bake bread and how to blow a blade of grass so it made a squealing sound.

The truth is, there’s no card that could accurately convey how much I love him

Father’s Day was always a homemade affair in our house. He’d keep the cards, poems, pictures from my youth at the top of the wardrobe, always too sentimental to bin them.

I remember being about seven when I gleefully watched him chow down on the slightly grey and hairy peppermint creams I’d made at Brownies – the hue and hair coming from having been dropped on the floor several times in the making. He declared them the best he’d ever tasted, and devoured the whole lot in one sitting.

It wasn’t long after Father’s Day in 1994 when I returned home after a hideous date at the cinema with a boy called Gareth, to find Dad waiting up for me. Gareth had been nauseatingly boring and instead of retiring early to bed, I railed at Dad blaming him for making me think all men would be like him.

I’d forgotten Father’s Day that year too, but my sentiment that I’d never find a guy as great as my dad remains a more dear memory to him than any Hallmark missive I could have bought that year. He made us both bacon sandwiches and coffee to make up for Gareth being dull as dishwater.

When I went to university over 300 miles away and kept forgetting to treat him on Father’s Day, he never mentioned it or reminded me. Instead, when I’d return, we’d catch up over a cheese board, him bemoaning the fact I was never as crazy about Stilton as he was.

He’d eagerly show me the latest landscape painting he was working on, while berating me for yet another parking fine he and Mum had paid for in my absence.

Dad made me who I am. So much of what I love comes from him – from John Clare to Camembert. As the light that shone so brightly from him for the four decades of my life starts to dim, can I love him out of being? Of course – there’s simply no question about it and I’ll do it with the same vigour and compassion he parented with.

Since his diagnosis, we’ve done so many amazing things together.

We drove to the Outer Hebrides and spent a week eating seafood, playing board games and watching the tides come in and out. We’ve spent a long weekend on a canal boat, he and I sitting up front watching ducklings and goslings find their wobbly feet while the world passed us by at three miles an hour.

We’ve been camping for the first time in his life and spent hours patrolling the book shops in Hay on Wye. We’ve devoured homemade bacon sandwiches and sweet coffee sitting on the beach in the little village in Devon where I live; driving up to Dartmoor to find this season’s new foals and lambs.

Yet still, as I write this mere days before Father’s Day, I’m reminded yet again that I’ve forgotten to get him a card – but I’m getting him fish and chips delivered as a treat instead.

The truth is, there’s no card that could accurately convey how much I love him or how utterly devastated I am that he won’t last forever; that he’ll gradually forget all the memories we’ve shared.

But it really doesn’t matter that they’ll fade from his mind, because they burn so brightly in mine. Just because they’ll be gone for him at some point, I know that they still happened and they’ll always exist – even if only in my mind and no longer his.

If this is the last Father’s Day he’ll remember, the greatest gift I can give him is love.

Whatever the coming months and years look like, I’ll walk them right beside him as will Mum and my brother Michael.

After his diagnosis, Dad wrote me a long letter to read when he can no longer remember who I am; he did one for my brother, and one for each of his four grandchildren.

He asked me if I wanted to read it and I didn’t. I know at some point I’ll cherish every word in his trademark script I could recognise at 40 paces, but right now he’s here. That’s all that matters.

Yes, he forgot what pasta was the other day and the text messages he sends me take him longer to compose with the right-sided weakness he’s battling, but while there’s cheese to eat and poems to read, I’ll focus my energies on making all the days I’m with him days to remember.

Do I wish I’d made more of those special days when I was a hapless hungover student? No, I don’t – because I don’t need one single day to show Dad how much he means to me, he knows every waking moment just how much I love him.

Father’s Day is so much more than 24 hours in June so, Dad, please accept these words in lieu of a card. I love you.


MORE : How to cope with estrangement on Father’s Day


MORE : A year after cutting contact with my narcissist mother, I got back in touch