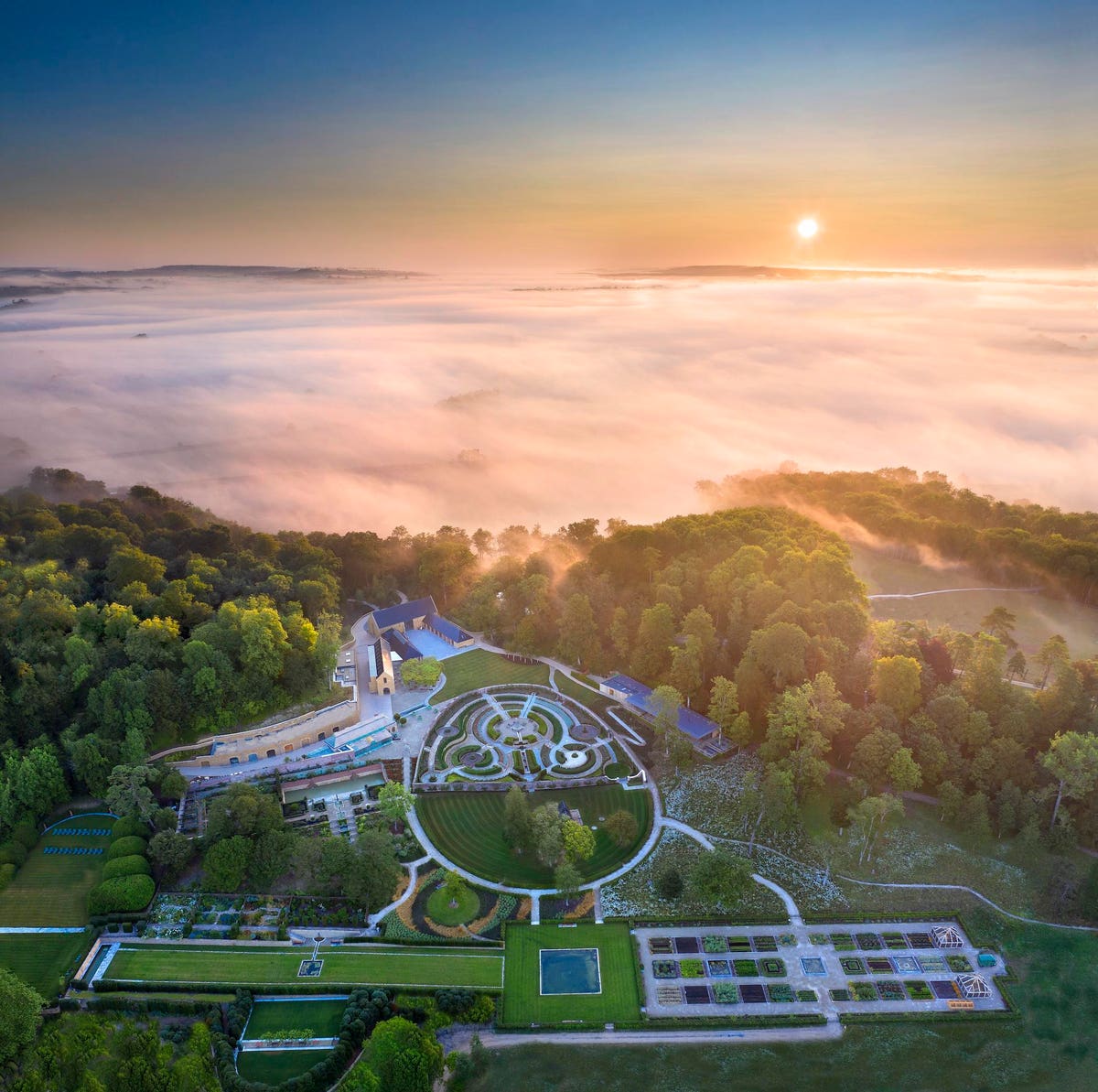 Back in 2019, when The Newt in Somerset first opened its doors, it didn’t take long for the travel world to rain awards upon it and bestow endless superlative praise. The brainchild of South African couple Koos Bekker, a telecoms billionaire, and Karen Roos, the former editor of Elle Decoration, the hotel, carved out of a Georgian manor house, is found in rural Somerset, stretching over some 300 acres of farm and forest. Not only has it become renowned as a blueprint for how to ‘do’ country house hotels in our modern era, but it is equally beloved for its beautiful gardens touched by a series of gardeners over the years.

When it comes to hospitality, the couple already had form. Babylonstoren, in South Africa, is their first property, which also encompasses an immaculate estate and sprawling vineyards. The Newt echoes its success, and so enamoured is the world with it, that waiting lists for rooms now stretch months in advance. It is why its one-day sneak peek into the working estate – known as The Great Garden Escape – is such a good idea.

Giving you a taste of the Somerset idyll, the one-day adventure, in partnership with Great Western Railway, whisks you from Paddington to the West Country, First Class, with plenty of home-grown treats along the way. Departing Fridays and Saturdays (from 6 May – 24 September), it means that you can spend time exploring the acres of immaculate gardens, woodland, farmland and cyder orchards, without having to book a stay overnight.

The journey starts at Paddington, where a member of the team from the Newt sees you to your carriage. As the urban views subside into rolling fields and valleys, you’ll enjoy a freshly-made estate breakfast (delivered to London at dawn that morning from the Newt). From buttery croissants with seasonal jam and thinly-sliced Hartgrove coppa to milk yoghurt topped with apple and walnut granola, the abundant, nourishing produce sets the tone for what is to come.

Just over two hours later, you arrived at the old market town of Castle Cary. A short hop takes you to the working estate – found in a dreamy setting with British Whites grazing the land and cyder orchards bursting with plentiful fruit. On arrival, one of The Newt’s gardeners is on hand to give you a tour of the extensive gardens.

Shaped over the last 200 years by a long-line of gardeners, each corner is as diverse as it is imaginative. There’s a curved walled garden filled with beds of fragrant herbs and a unique apple-tree maze, made up of 296 apple varieties – taken from different regions of the UK. There are fields of wild flowers and structured Victorian gardens. Famous garden designers, such as Penelope Hobhouse and Nori and Sandra Pope, have shaped the landscape, so you can stroll through a cottage garden, fragrance garden and kitchen garden for a sensory overload. Centuries-old Oaks and giant Hornbeams are found in the woodland, which opens up to a Hazel coppice, while wrens, chaffinches and woodpeckers create a soundtrack of birdsong.

The aerial Viper treetop walkway, takes you some 40ft above the forest floor, and giving you views across the stunning estate. This leads to the Story of Gardening exhibition, an immersive and interactive look at some of the world’s most famous gardens – from the lily ponds at Monet’s Giverny to the sun-blasted landscape at Babylonstoren. Prepare to kick off your shoes and lose yourself in the wondrous virtual reality pods.

The latest incarnation of The Newt’s gardens have been created by Italo-French architect Patrice Taravella, who believes a garden should be both beautiful and useful. Mixing ornamental and productive elements, the gardens are a feast for the eyes and the stomach. Guests are invited to get hands on, stopping to pick, taste and smell the produce.

Talking of which, lunch is taken in the glass-walled Garden Café, which gives immense views over the gardens and surrounding Somerset countryside. From crisp radishes served with just-baked estate sourdough to the spring asparagus with butter, capers and tarragon – the menu devised by estate head chef, Alan Stewart, is uniquely plant-focused. There’s a main of roasted spiced cauliflower, for instance, with fermented leaves, almond yoghurt and coriander. While dessert is also sourced from the estate, and made of Black Pearl plus, buffalo gelato and salted almond praline. Guests can also sip on wines from the orchards of The Newt’s South African sister estate Babylonstoren.

After wandering around the estate – maybe opting for a raspberry sorbet from the gelateria, or browsing in the artisan store, which sells ceramics printed with tree bark and botanical coffee-table books – it’s time for a spot of cyder tasting (it’s purposely spelt in the old-English style) in the Cyder Cellar. It’s a hand-son experience, set next to the apple press, with the Fine Cyder a particular good choice for a crisp aperitif.

As part of The Great Garden Escape, there are also seasonal-themed days taking place throughout the summer. Next month, Bees and Honey (29 and 30 July) is an immersive day, hosted by head beekeeper and global bee consultant, Paula Carnell. Guests can ‘dive’ into the life of bees during a Bee Safari around the estate, including a visit to the honeycomb structures of the Beezantium. Here, you can explore the hives and colonies, and learn about the secret benefits of nature’s ‘liquid gold’, as well as enjoy a Honey Tasting experience.

On the train, on the way back to Paddington, you’re left with a taste of the countryside with an afternoon tea picnic, fresh from the bakery – there’s beetroot and smoked salmon open sandwiches, scones and jam and carrot cake topped with edible flowers – it’s a reminder of how sweet countryside life can be.