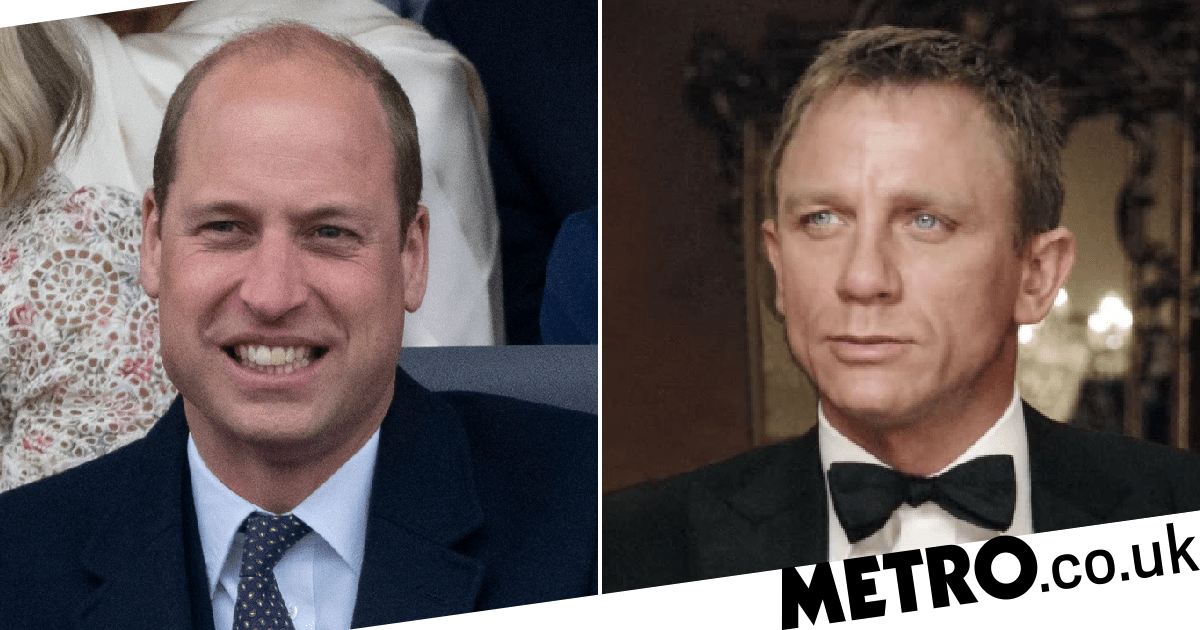 The Queen might have had the honour of skydiving into the London Olympics with James Bond, but it seems the films’ producers have their eyes on another royal for an important role.

Last year, Daniel Craig made his final outing as 007 in No Time To Die, 15 years after first appearing in the iconic role in his debut appearance, Casino Royale.

All eyes are on the James Bond producers when the actor’s replacement is announced – and they’ve revealed they reckon Prince William, the Duke of Cambridge, would be ‘perfect’ for the job.

This week, Barbara Broccoli and her brother Michael Wilson – who are in charge of the film franchise – were honoured with CBEs from the second in line to the throne.

When asked who she wants to see succeed Daniel, 54, as Bond, Barbara said that the duke, 40, ‘ticks all the boxes’.

‘Unfortunately, the person we just met isn’t available. He’s occupied, unfortunately, but he would be the perfect candidate,’ she said light-heartedly, according to The Mirror.

‘[He] ticks all the boxes. But he’s not available, sadly. So we’re still on the hunt.’

Several names have been thrown in the ring as possible contenders to become the next Bond, including Bridgerton star Regé-Jean Page, Luther’s Idris Elba and Peaky Blinders actor Tom Hardy.

Barbara recently admitted it would take a long time to figure out who’ll be next in line, considering the tall order of replacing Daniel, who she described as the ‘greatest actor on the planet’.

‘It’s a big decision. It’s not just casting a role. It’s about a whole rethink about where we’re going,’ she said.

While Daniel’s time as the spy is over, other stars of the franchise could hopefully be set to reprise their roles.

During a recent conversation with Metro.co.uk, Naomie Harris – who played Eve Moneypenny – expressed how keen she would be to return if asked.

‘If they ask me absolutely! Love to. I love that role,’ she said when questioned on the possibility.