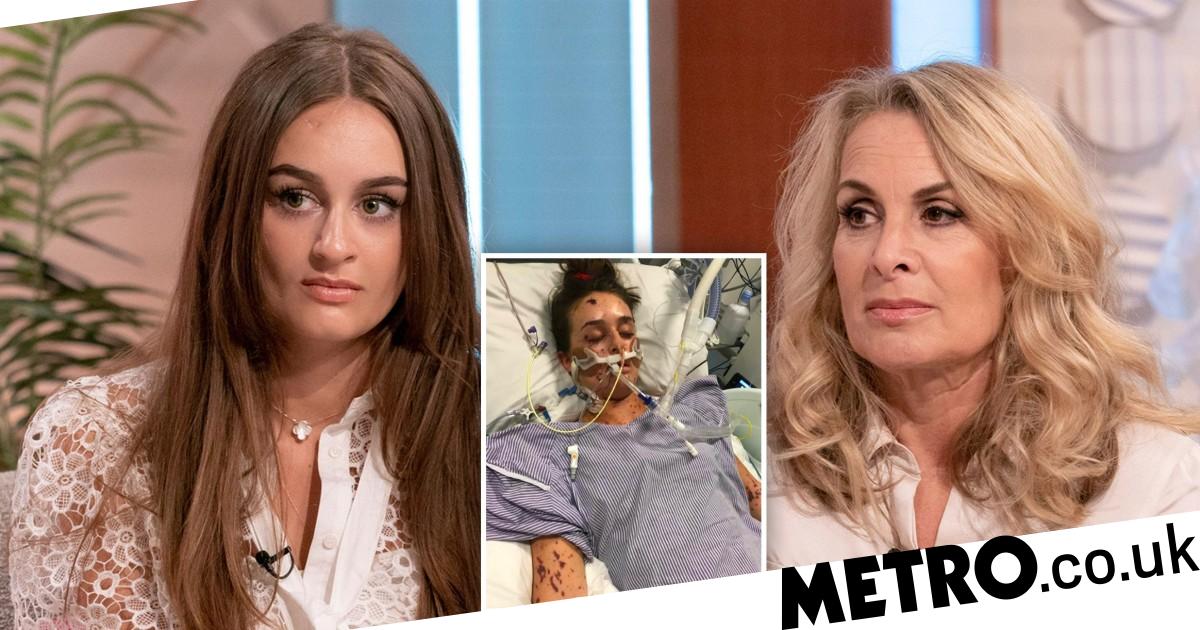 Jay Aston has told how her daughter’s kidneys are functioning at only 12% after she fell seriously ill with bacterial meningitis.

The 61-year-old, who won the Eurovision Song Contest with pop group Bucks Fizz in 1981, said they were hoping to avoid dialysis or a kidney transplant.

She appeared on ITV’s Lorraine alongside Josie, who was 18 when she was admitted to hospital, on Thursday.

In April, she revealed the teenager had started to display what she thought were flu-like symptoms and was later put in an induced coma.

Offering an update, she said: ‘Her kidneys aren’t right yet. They are only functioning at… the last blood test was 12%.

She added: ‘She is having tests now at the end of the month and we are just praying that we will get her up to her about 20% and out of the red zone.’

Meningitis is an infection of the protective membranes, known as meninges, which surround the brain and spinal cord, and is usually caused by a viral or bacterial infection.

Aston said they arrived at the hospital at 3.30am and by 10am doctors had told her Josie had a ’50/50′ chance of survival.

She said: ‘They sat me in this room and said, “She may die” and your ears just shut down. I was like, “I beg your pardon? What did you say?”

Josie said her symptoms had come on ‘so quickly’.

She added: ‘Even before that, I have got flashes of things that happened but I was so unwell.

‘I was still joking around with the nurses but I didn’t realise how ill I was.

Viral meningitis is the least serious, but most common, type of the disease and will usually get better on its own, while bacterial meningitis is more rare and requires urgent medical treatment.

According to the NHS website, symptoms of meningitis can develop suddenly, including a high temperature, being sick, a headache, and a rash that does not fade ‘when a glass is rolled over it’, but a rash may not always develop, they say.

Symptoms can also include a stiff neck, a dislike of bright lights, drowsiness or unresponsiveness and seizures (fits), the NHS says.

Lorraine airs weekdays at 9am on ITV.


MORE : The Feeling star Dan Gillespie Sells breaks down ‘complex’ vision for Pride flag future: ‘I dream we all get to put them down’