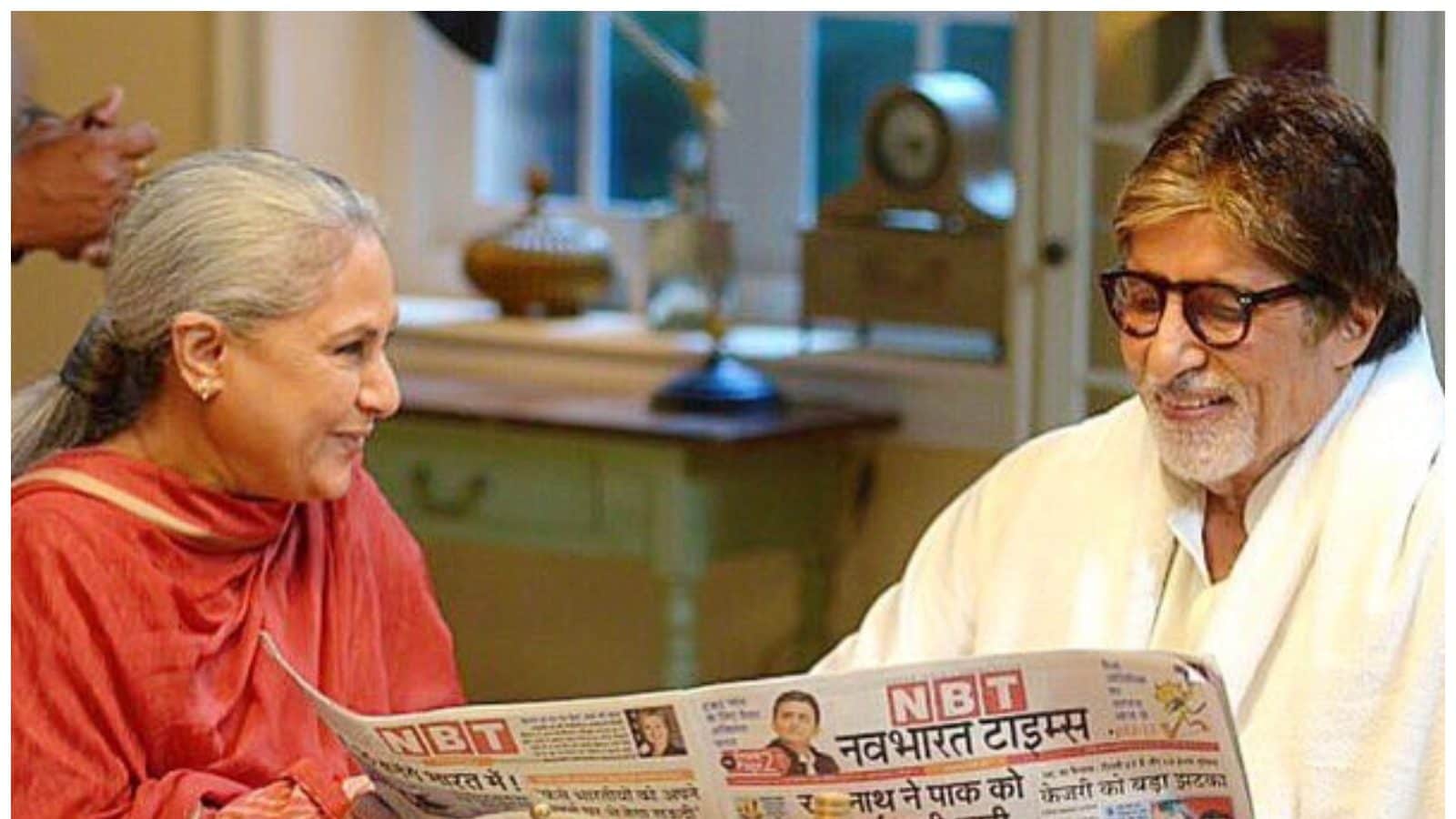 Bollywood’s evergreen power couple Amitabh Bachchan and Jaya Bachchan are celebrating their 49th wedding anniversary today. It was today in 1973 when the veteran actors embarked on a new journey of love and tied the knot. Ever since they got married, the megastars have been shelling out major couple goals. Now, on the occasion of their 49 years of togetherness, an old interview of the Silsila stars has resurfaced on the internet. The clip was shot after the two completed 25 years of their marriage. Amitabh Bachchan and Jaya Bachchan graced the much-loved Simi Garewal’s show, wherein they candidly opened up about their first impressions of each other. Moreover, they detailed their stance on love at first sight.

During the show, BigB revealed that he was truly smitten by the alluring beauty and eyes of Jaya Bachchan, while it was quite opposite for the Kal Ho Naa Ho actress. Revealing that after looking at his wife’s photograph for the first time he was fascinated, Amitabh Bachchan added that he quizzed about Jaya Bachchan and when he was informed that she had been cast for Guddi he was very “excited”. He said, “I inquired after her and they gave me a lowdown on her. It came to pass that Hrishi da (Hrishikesh Mukherjee) had cast her for Guddi. It kind of got me excited about the prospect of working with her because she came with huge credentials.” BigB also revealed that it was on the sets of Guddi that he met Jaya Bachchan for the first time.

Further detailing his thoughts when he saw Jaya Bachchan’s picture for the first time, Amitabh Bachchan said, “When I saw her photograph, I liked her eyes. I saw that traditional-conservative blend that I thought that I would be searching for in my future wife. When I met her I realised that along with that came several other Guddis, the pun is unintended! I said fine, this is it.” While the Sholay actor was strongly attracted to Jaya Bachchan since he saw her for the first time, the actress turned politician felt quite opposite about him. In the candid conversation, she revealed that she was “frightened” when she met him for the first time.

She said, “When I first met him, I saw the danger. I got frightened because he was the only one who, out of a lot of people that I’ve known, could dictate things to me and I allow him to do that.” Jaya Bachchan went on to clarify, and explained, “(But) It’s not like he would dictate things to me, it’s just that even if he said something to me mildly, I’d do them. I’d want to please him. That’s something that does not come to me easily and naturally, to want to please people.” When quizzed if they both were in love at first sight with each other, Jaya Bachchan was quick to admit it and said, “Yes, it was, I think so!” and added that she felt the need for someone like Amitabh Bachchan in her life.

However, Amitabh Bachchan revealed that he doesn’t believe in love at first sight as it has lost its meaning. He said, “Love, at first sight, is a connotation that has been so badly abused, in spoken word and written word that it’s lost its meaning. So we don’t want to be put in that category.” For those who don’t know, the veteran stars have shared the screen space several times and exhibited their acting prowess in iconic films like Sholay, Zanjeer, Silsila, and Kabhi Khushi Kabhie Gham among others.

Everything Everywhere All at Once leads Oscar nominations with 11