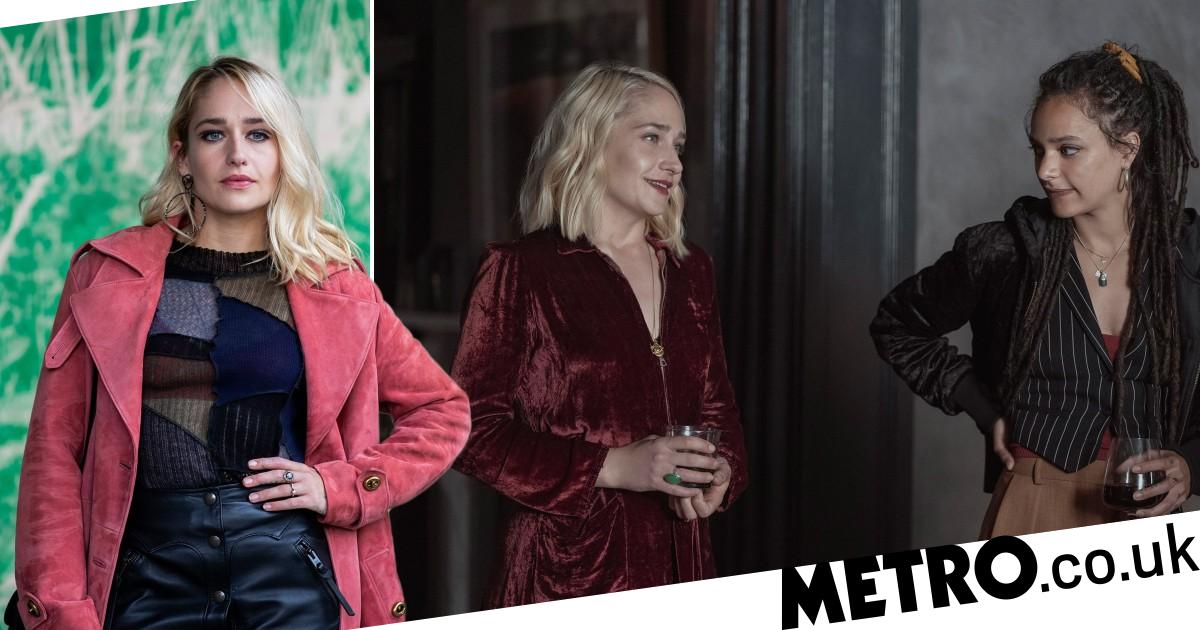 Girls actress Jemima Kirke has said she found her latest role in Conversations with Friends ‘a stretch’ at times, with how it perceived marriage to be.

The Sex Education star, 36, rose to fame in Lena Dunham’s show in her twenties, playing Jessa Johansson in the HBO comedy series.

Now, Jemima – who was described as ‘one of the best actresses and stars on any screen in a very long time’ by The New Yorker after her Girls debut – is bringing a Sally Rooney novel to the small screen.

In Conversations with Friends, she will play Melissa, a writer stuck in a loveless marriage with Nick, who is played by Joe Alwyn.

The story is told from the perspective of university student Frances (Alison Oliver) and her best friend and former girlfriend, Bobbi (Sasha Lane).

The pair become unexpectedly involved with the unfulfilling marriage, with Frances in particular forced to ‘confront her own vulnerabilities for the first time.’

However, when Jemima first started working on the project – which was shot last year from April to October – she sometimes ‘struggled to make something work.’

The actress told The Telegraph: ‘It’s remarkable that someone of that age [Sally] has so much discipline and focus, but as I was finally reading the book, I was thinking, “This is marriage written from the perspective of a 22-year-old.”

‘I don’t think that’s good or bad. Her writing is beautiful but there were moments when I struggled to make something work.’

Jemima clarified that she ‘never met author Sally who was ‘never on set, not once,’ so the two never got to sit down to discuss how Melissa could be brought to life.

Therefore, to find solutions to her struggles on set, Jemima ‘did a lot of writing’ until she could ‘find a link.’

She would utilise a ‘stream of consciousness’ approach and take a notebook on set with her, with much of the series being filmed in Ireland.

‘If I’m playing a wife in a troubled marriage, I won’t think about my own marriage because then I’m putting myself into it and that’s not the job,’ she said.

Jemima married lawyer Michael Mosberg in 2009 and they share two children, but announced their split in 2017.

Since July 2017, she has dated Australian musician and singer songwriter Alex Cameron.

Meanwhile, Conversations with Friends portrays a pretty bleak idea of monogamy with both Melissa and Nick living totally separate lives.

The show follows the major success of Normal People, and is also created by the same team.

Conversations with Friends is the debut novel of Irish author Sally, released in 2017.

The series will premiere on BBC Three on Sunday 15 May, with all episodes then available on BBC iPlayer.


MORE : Strictly’s Kai Widdrington cheekily laughs off Nadiya Bychkova romance after being probed live on air: ‘Is it official?’


MORE : Downton Abbey: A New Era’s Raquel Cassidy teases a ‘romantic’ Baxter and ‘the most amazing, sumptuous ride’ of a sequel