Jennifer Love Hewitt paid tribute to her late mother Patricia in an Instagram post on Sunday, marking the 10-year anniversary of her death following a battle with cancer.

The 43-year-old actress shared a photo of herself sitting with her late mother, as both were smiling in the picture.

‘Today is 10 years since losing my best friend,’ Hewitt said. ‘Someone told me after losing my mom that the first year would feel impossible, the years after would build strength in me and then the 10 year mark would be an open wound all over again. Because it would feel insane to have been without her that long. They were right.’

The latest: Jennifer Love Hewitt, 43, paid tribute to her late mother Patricia in an Instagram post on Sunday, marking the 10-year anniversary of her death following a battle with cancer

‘The countless times I called her by accident when something good or bad happened because I forgot she couldn’t pick up.’ 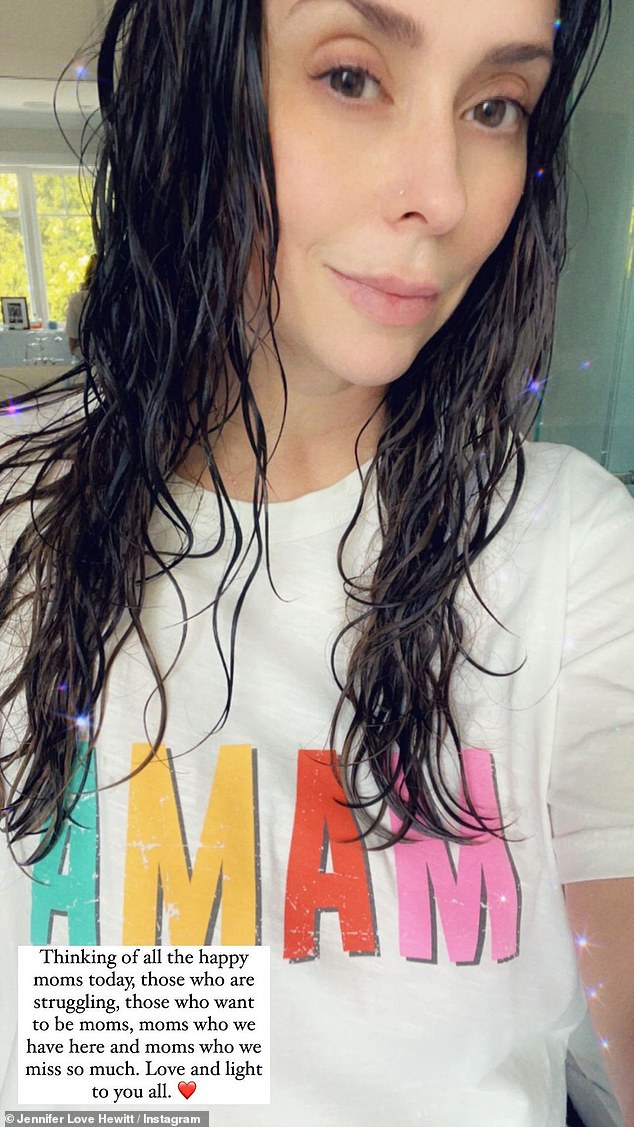 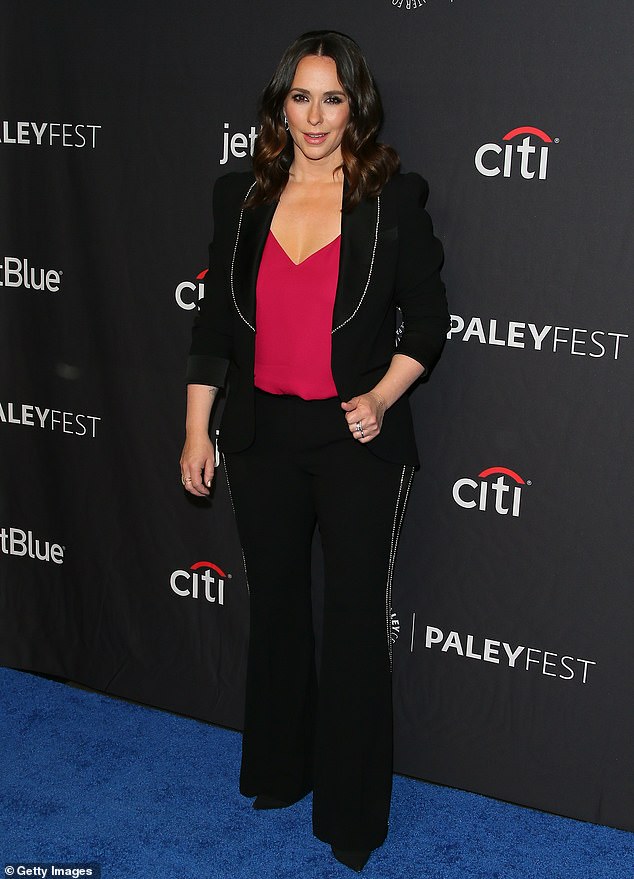 The actress, who has three children with husband Brian Hallisay, 43 – daughter Autumn, eight, son Atticus, six, and son Aidan, nine months – said she was celebrating her mother who helped her build her family.

‘My incredible children and a wonderful man who helps me everyday create our little unit,’ Hewitt said. ‘She knew it’s all I ever wanted. And I know she is with us everyday.

‘I will eat and drink her favorite things today. The kids and I will look at pics of Mimi and all her adventures and I will feel so grateful that she was mine if only for awhile. I love you mama. Always and forever.’

Hewitt received a number of kind messages from friends, including her Party of Five costar Lacey Chabert, who wrote, ‘All my love to you.’

Her Time of Your Life costar Jennifer Garner wrote, ‘The most dynamic, amazing pair. Love to you, Love.’ 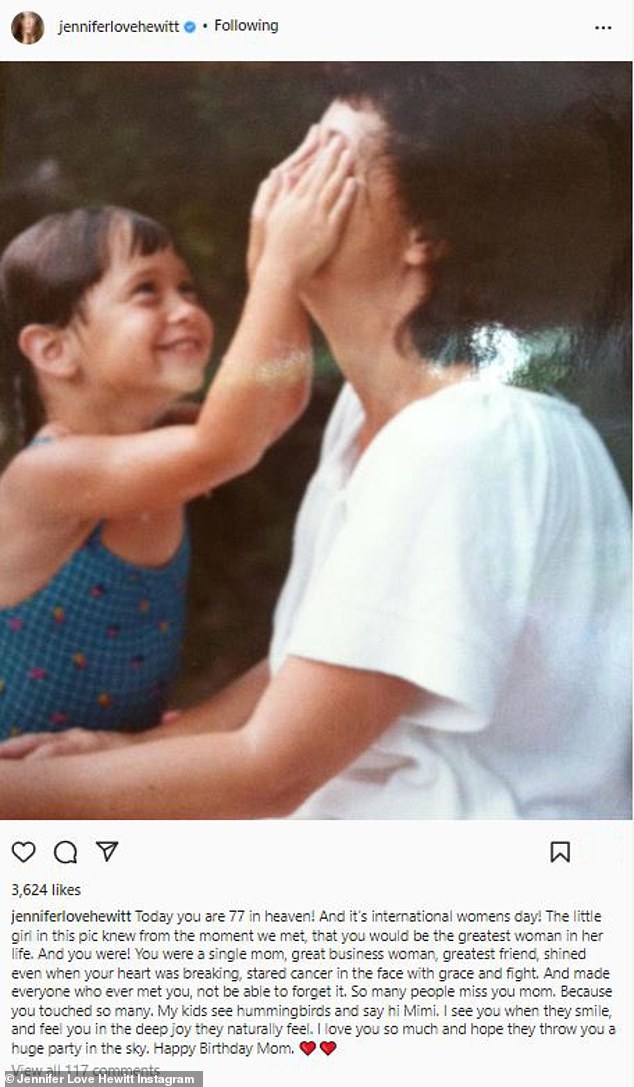 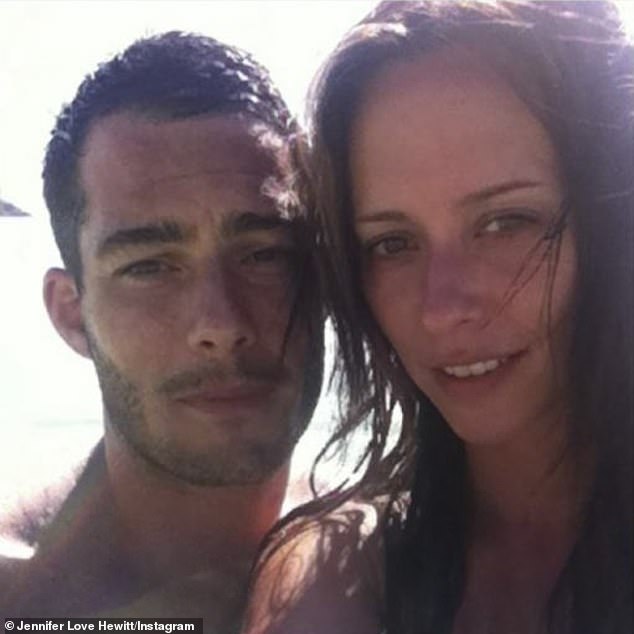 Actress Christine Lakin wrote, ‘I’m so sorry my friend. It’s a hole that will never [be] filled. She’s so proud of you and your beautiful family.’

The Talk’s Amanda Kloots said of Hewitt’s post: ‘This is so beautifully said … I love you and my glad you are surrounded by your loving family today.’

Patricia Hewitt died at the age of 67 in June of 2012, the Los Angeles Times reported at the time, noting that Jennifer had left the Monte Carlo Television Festival to be with her ailing parent.

Patricia, who worked as a speech-language pathologist, had brought Jennifer from Texas to Los Angeles in 1989 to break into show business. Jennifer began appearing on the show Kids Incorporated that year, later breaking out with roles on the TV show Party of Five and the film I Know What You Did Last Summer.

What’s the Premier League Record for Goals in a Season? – NBC Los Angeles

What’s the Premier League Record for Goals in a Season? – NBC Chicago