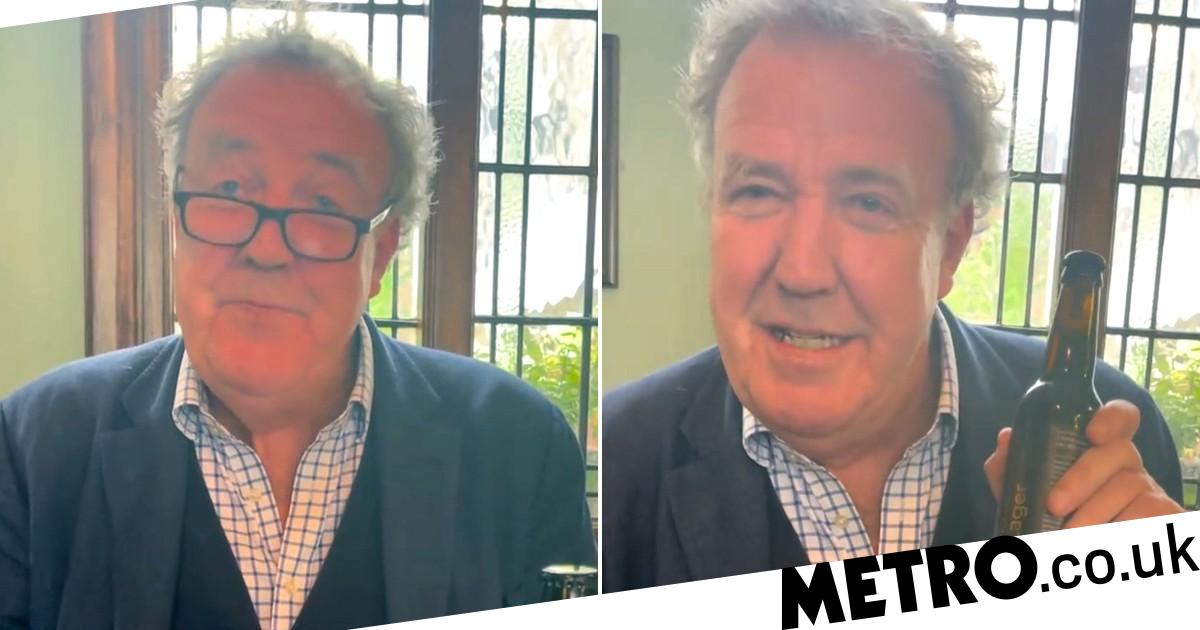 It seems Jeremy Clarkson is a big fan of James Blunt – and his pub.

The Top Gear and Clarkson’s Farm star took time out from his busy filming schedule to visit the pub James owns in Chelsea, London.

(Which just so happens to stock Hawkstone, Jeremy’s own creation.)

In a video posted to James’ official Instagram page, Jeremy can be seen enjoying a bottle of beer at James’ Fox and Pheasant pub, when he is suddenly drawn into a bit of an interview.

He praises the ‘fantastic’ pub, describing it as a ‘taste of the country in London’ and says the food is ‘great’ – but ‘the beer is especially great.’

Jeremy then picks up a bottle of his own Hawkstone beer and sings – high note and all – ‘You’re beautifuuuuul!’

The skit went down well with fans of both James and Jeremy, with one person writing: ‘Love Jeremy a natural comedian… and fabulous review!

They added: ‘From him that’s that’s some achievement.’

Another called Jeremy’s rendition ‘the duet we didn’t know we needed’ – and we have to agree.

Of course, Jeremy would think the Hawkstones beer was ‘beautiful’, since its ingredients come from his very own Diddly Squat farm in Chipping Norton, Oxfordshire.

But we’re sure he’s also fond of 1973 hitmaker James, and his quaint old pub.

James sometimes makes surprise appearances last the Fox and Pheasant, but is currently on tour in Europe, set to perform at the Biggesee festival in Germany next week.

The star made headlines earlier this year when he jokingly threatened to release new music if Spotify did not remove Joe Rogan’s podcast from Spotify .

(At the same time other musicians were threatening to pull their tracks from the app.)

James’ threat backfired (or worked perfectly), leading his Greatest Hits albums to skyrocket up the charts.

Father’s Day 2021: Messages and quotes for dads who have died