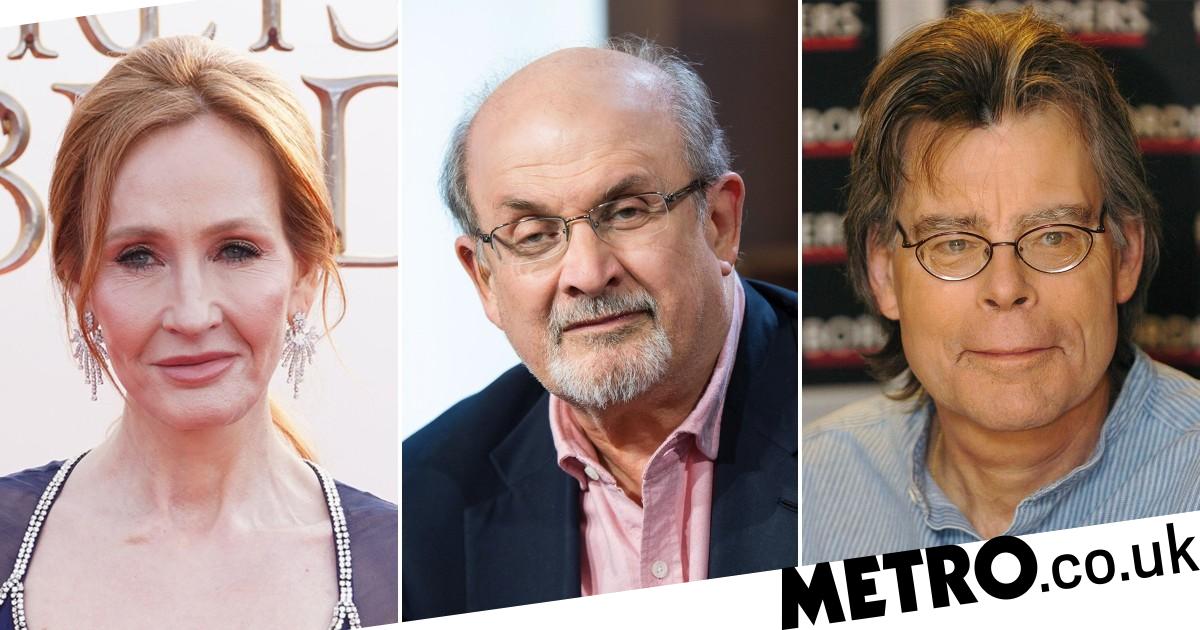 JK Rowling and Stephen King are among the notable figures speaking out after the Sir Salman Rushdie attack.

The Harry Potter author said she is ‘feeling sick’ after Sir Salman was stabbed on stage in New York.

The Indian-born British author, 75, whose writing led to death threats from Iran in the 1980s, was set to deliver a lecture at the Chautauqua Institution when the incident occurred, leaving him with an apparent stab wound to the neck.

As he was transported to hospital by helicopter, with his condition unclear, a number of authors took to social media to voice their disbelief following the ‘horrific’ incident.

Meanwhile, Prime Minister Boris Johnson tweeted: ‘Appalled that Sir Salman Rushdie has been stabbed while exercising a right we should never cease to defend.

‘Right now my thoughts are with his loved ones. We are all hoping he is okay.’

A number of political figures have shared their shock, as photos emerged from the Associated Press news agency showing Sir Salman lying on his back with a first responder crouched over him.

Other politicians expressing their concern have included Conservative leadership hopeful Rishi Sunak, who said on Twitter: ‘Shocked to hear of the attack on Salman Rushdie in New York.’

He branded Sir Salman ‘a champion of free speech and artistic freedom’ and vowed to keep him in his thoughts.

Elsewhere, Home Secretary Priti Patel wrote: ‘Freedom of expression is a value we hold dear and attempts to undermine it must not be tolerated’, and Transport Secretary Grant Shapps tweeted: ‘Shocked to hear that @salmanrushdie has been stabbed in New York. Freedom of speech is fundamental to all strong democracies. Thoughts with him and his family.’

Deputy leader of the Labour party Angela Rayner wrote also called the attack ‘appalling beyond words’, stating that ‘this violence is an attack on free speech and can never be the answer’, urging for his assailant to ‘be brought swiftly to justice.’

Nick Barley, director of Edinburgh International Book Festival, is preparing to open this year’s festival, and recalled their last visit from Sir Salman in 2019, when he joined them online and left staff ‘inspired by his courage.’

Barley added that this ‘tragedy’ acts as ‘a painful reminder of the fragility of things we hold dear’.

He described it as ‘a call to action’ to show that ‘we won’t be intimidated by those who would use violence rather than words.’

‘As a gesture of support and solidarity we are inviting all authors appearing in the adult programme to read a sentence from one of Salman’s books at the beginning of their book festival event.’

Journalist and author of Empireland, Sathnam Sanghera, tweeted: ‘Passage from Midnight’s Children in my last ever exam. Poster of The Moor’s Last Sigh had place on my (pretentious) student bedroom wall. Quote from Satanic Verses opens Empireland.

‘Lots of British Asian writers wouldn’t be writers without him. Pray he’s well.’

Sir Salman’s book The Satanic Verses has been banned in Iran since 1988, as many Muslims view it as blasphemous, and its publication prompted Iran’s then-leader Ayatollah Khomeini to issue a fatwa calling for his execution.

The writer is currently in hospital on a ventilator and it has been reported that he could lose his eye after being attacked.


MORE : Salman Rushdie ‘is on ventilator and may lose an eye’ after New York attack