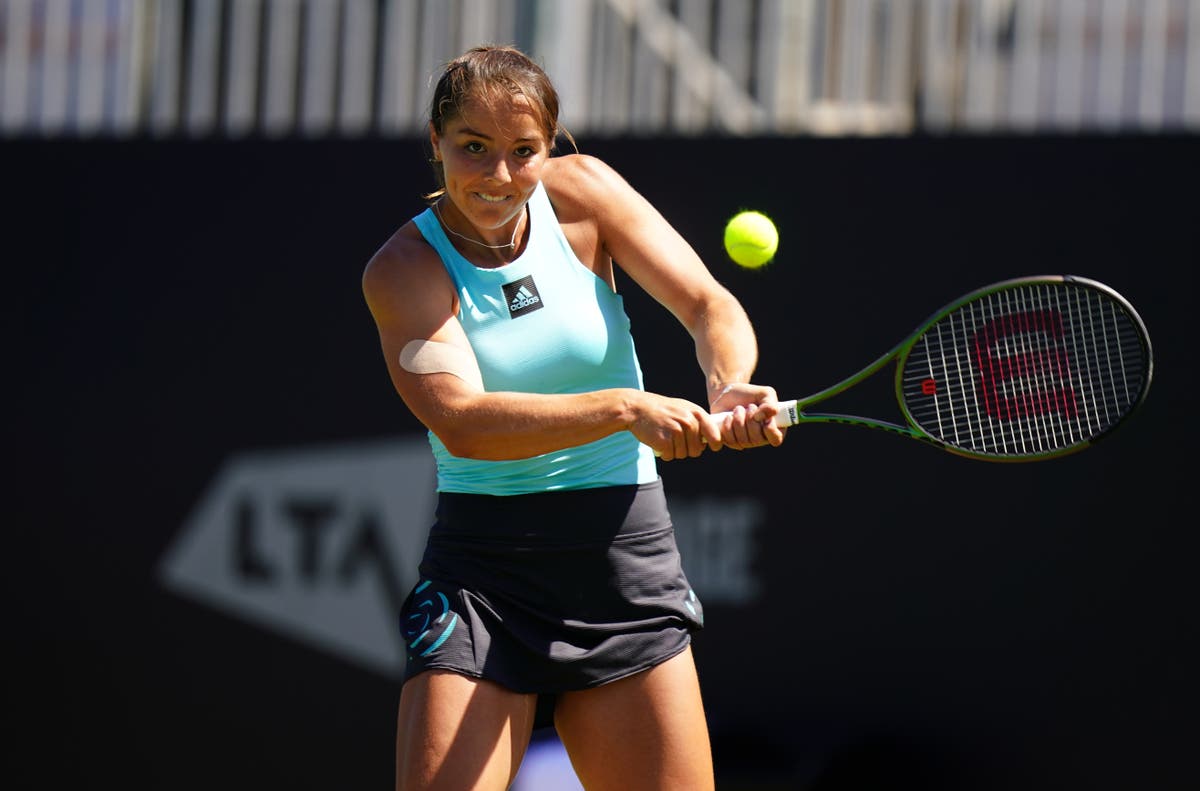 Jodie Burrage and Harriet Dart continued their good form on grass with impressive first-round victories at the Rothesay International Eastbourne on Monday.

Ilkley Trophy runner-up Burrage fought back from a set down to beat top-100 player Petra Martic 3-6 7-5 6-3 to book an encounter with top seed Paula Badosa next.

British number two Dart was also involved in a three setter and eventually got the better of Madison Brengle 3-6 6-1 6-4.

Burrage had faced match point before she turned it around on Court Two against her Croatian opponent at a sunny Devonshire Park.

Dart was on later and after reeling off the first three games against Brengle, lost the next six to trail by a set.

It did not deter the world number 103 who found her form in the second and edged a back-and-forth decider following multiple breaks to book a last-32 meeting with 10th seed Jil Teichmann.

Heather Watson was unable to join her compatriots in the second round of the WTA 500 event after she suffered defeat to Rebecca Marino in the battle of the lucky losers.

Both had fallen at the final hurdle in qualifying but got a late call into the main draw and Watson could not capitalise after she went down 7-6 6-4 in her final match before playing at SW19.

In the men’s ATP 250 tournament, Jack Draper secured an excellent victory over Jenson Brooksby, which means he will face world number 15 Diego Schwartzman for a place in the quarter-finals.

Draper, who suffered second-round defeats at Surbiton and Queen’s, was in imperious form from the off and broke the American in the opening game.

A second followed and the opener was sealed with an ace inside half an hour to warm applause by the home crowd.

British number four Draper was able to break Brooksby at the beginning of the second too and quickly sealed another win over a top-50 opponent in one hour and four minutes.

Dan Evans, the British number two, will begin his Eastbourne campaign on Tuesday when he faces Adrian Mannarino.

The recent winner at Nottingham only made a late decision to play the ATP 250 tournament after his early exit at Queen’s last week.

“It’s been nice to actually have no matches and just practice so it’s been good,” Evans said.

Top seed Cameron Norrie, who received a bye into the second round, will play on Wednesday and could meet Evans in the last eight.

Jay Clarke missed out on the chance to take on Norrie after he lost 6-1 6-3 to Brandon Nakashima.

A number of seeds did exit Eastbourne on Monday with Maxime Cressy beating fellow American Reilly Opelka, seeded fifth, in the second round while seventh seed Frances Tiafoe went down to Alexander Bublik.

Sebastian Korda also lost in straight sets to John Millman and announced post-match he would miss Wimbledon after struggling with “terrible shin splints.”

How Soneva Is Revolutionising Dining And More In The Maldives