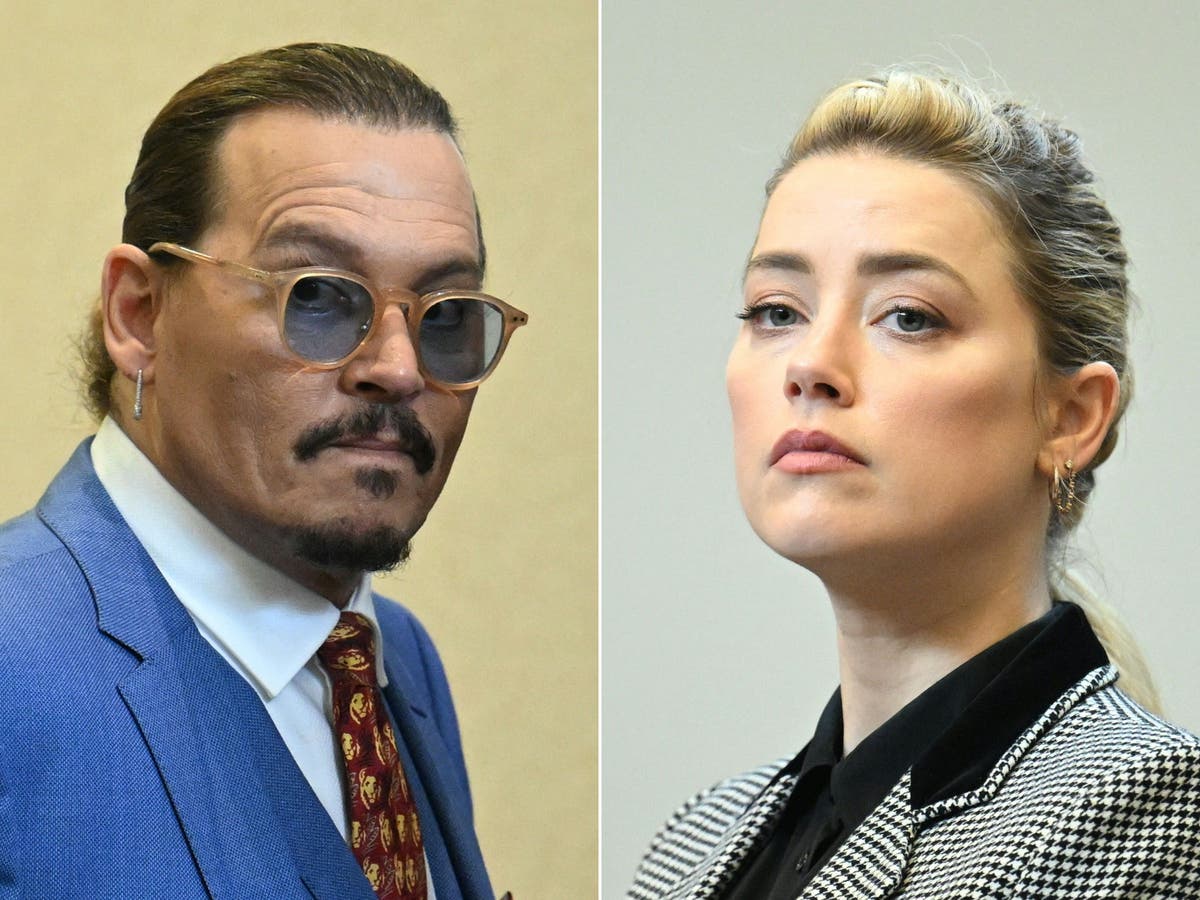 Johnny Depp emerged the victor in his defamation case against ex-wife Amber Heard following three days of deliberations by the jury, which also handed Heard a partial win in her countersuit.

Depp sued Heard for $50m for implying he abused her in a 2018Washington Post op-ed. Although she didn’t name him, he claims her allegations impacted his ability to work. She pursued a $100m counterclaim.

On Wednesday, the “humbled” actor thanked the jury for giving him his life back and said a new chapter was now beginning for him after six years. Currently playing gigs on a UK tour with Jeff Beck, the actor told fans he was “still in shock”.

In a statement, Heard expressed “disappointment beyond words” and said she was heartbroken, claiming the verdict was a “setback” for women.; She has decided to appeal the verdict and is “unable to pay” the damages.

Voices: The verdict isn’t surprising. What I saw in the courtroom sickened me

I reported on this trial over the course of seven weeks. It took over my professional life, and many of my personal conversations. It was a difficult, often grim assignment.

Through it all, the cruelty of those who mocked Heard never ceased to amaze me.

How much do Depp and Amber Heard owe each other?

Johnny Depp has prevailed in his $50m (£40m) defamation lawsuit against his ex-wife Amber Heard over accusations of domestic abuse.

A seven-person civil jury in Virginia found that Ms Heard defamed the Pirates of the Caribbean and Fantastic Beasts star when she implied he abused her in a 2018 op-ed for The Washington Post.

The jury also upheld one of Ms Heard’s three claims in a $100m countersuit against Mr Depp and his lawyer, who had called her original allegations in 2016 an “ambush” and “a hoax”.

Neither side got the full amount they wanted.

After an explosive six-week libel trial followed by millions on social media and live TV, Johnny Depp and Amber Heard each face an uphill battle: trying to rebuild their images and careers.

Depp already has a head start, with a jury verdict Wednesday largely favoring his narrative, that his ex-wife defamed him by accusing him of abusing her.

“Depp has a hill to climb. Heard has a mountain to climb,” said Eric Dezenhall, a crisis mitigator in Washington with no involvement in the case.

Having testified that Johnny Depp has exhibited behaviours that are “consistent” with someone who is a “perpetrator of intimate partner violence”, Dr Spiegel also acknowledged in cross-examination that he had not met the actor, but had reviewed court documents and depositions to reach his conclusions.

He said that Mr Depp showed many signs of impairment from excessive use of drugs and alcohol, pointing to his use of an earpiece for lines during filming and admitting that he did a move “entirely wasted”.

Fans of the actor were quick to express their fury at Dr Spiegel and he has now recounted his experience in Newsweek in an op-ed titled: “I Testified in the Heard vs. Depp Trial. The Backlash Has Been Horrific.”

The action movie star appeared opposite Heard in the DC franchise, the first film of which was released in 2018. A sequel has been filmed and will be released in 2023.

In late 2019, it was announced that Disney would be moving forward in developing a script for a Pirates of the Caribbean reboot.

At the time, it hadn’t formally been announced whether Johnny Depp would be attached to the new project.

Here’s what we know about the future of the franchise:

A petition to remove Amber Heard from Aquaman 2 has officially reached its target of 4.5 million signatures, the day after a jury found in favour of Johnny Depp in the former couple’s defamation trial.

The DC sequel – in which Heard stars as Aquaman’s love interest Mera – concluded shooting earlier this year, with director James Wan confirming the film had wrapped in January.

Some spectators who attended the defamation trial between Johnny Depp and Amber Heard in Fairfax County, Virginia are now selling their paper wristbands online.

Sheriffs at the Fairfax County courthouse distributed wristbands as a crowd control measure at the highly publicised trial, which attracted a large number of vocal Depp fans in particular.

Several people who were admitted to the courthouse are now selling those disposable, colour-coded paper wristbands – stamped with their date of entry – on auction websites like eBay for as much as $5,000 (£4,000).