June 18th Has a Special Meaning for Wonder Woman 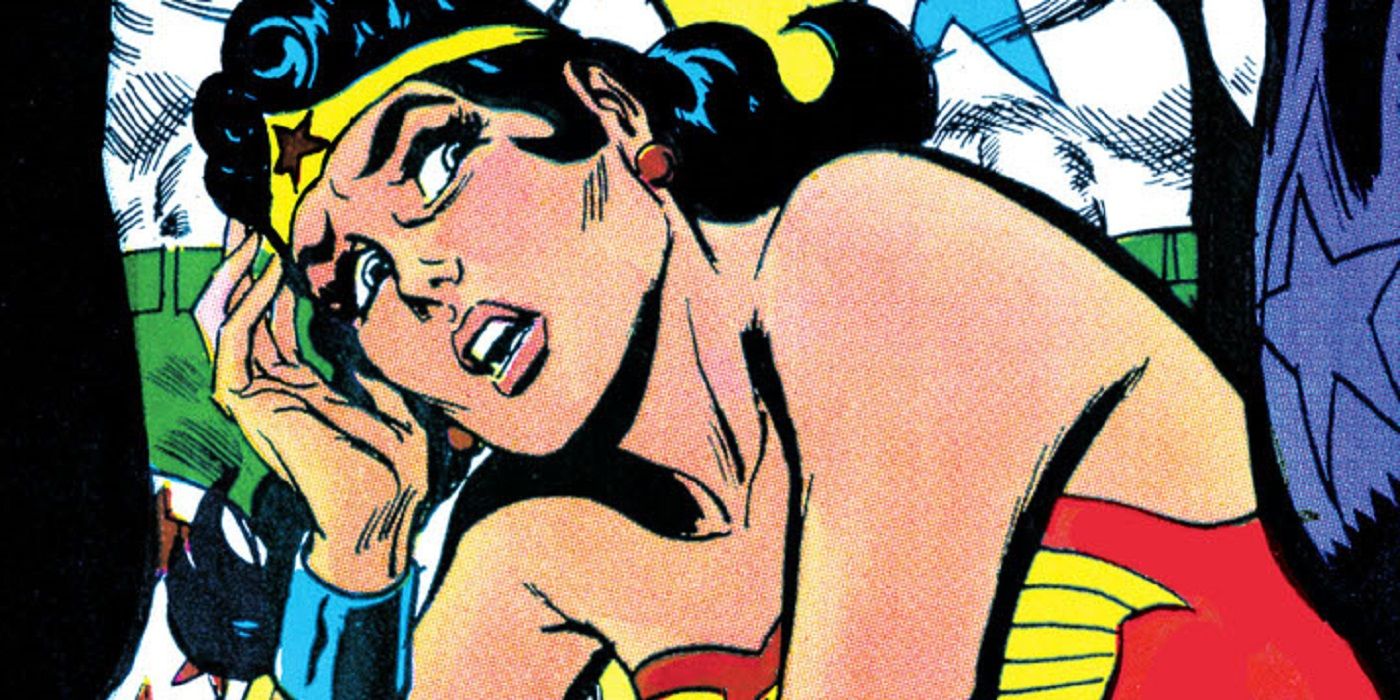 Today, discover why today’s date matters so much to Wonder Woman.

In every installment of “If I Pass This Way Again,” we look at comic book plot points that were rarely (sometimes NEVER!) mentioned again after they were first introduced.

Today is Patrick Gerard’s birthday and I saw him note something else interesting about today’s date that I thought it would be fun to share with you all (happy birthday, Patrick!). In Wonder Woman #176, we discover a shocking fact about Wonder Woman that is tied directly to today’s date.

RELATED: Were Batman’s Parents Murdered to Cover Up an International Sex Ring?

WHAT WAS UP WITH ROBERT KANIGHER’S COMIC BOOK STORIES?

The writer who had the longest run on Wonder Woman’s ongoing series, by far, is Robert Kanigher. You see, initially, William Marston wrote Wonder Woman’s ongoing series as well as her appearances in Sensation Comics (and Comics Cavalcade). Marston eventually passed on most of the writing to Joye Hummel, his assistant. She continued to write the series under Marston’s name. Once Marston passed away, though, the editor on the comic, Robert Kanigher, took over as the writer on the series and he continued to be the writer on the book for a shocking TWENTY-TWO YEARS!

Kanigher mostly stuck with the standard types of stories throughout the 1950s, not TOO different than the stuff that Marston and Hummel were writing. Especially since Kanigher continued to work with H.G. Peter, the artist who co-created Wonder Woman with Marston (something that Warner Bros. doesn’t seem to ever want to acknowledge). However, once Peter retired (which happened soon before he died – he had drawn the book for 18 years!), Ross Andru and Mike Esposito took over the book and Kanigher slowly began to experiment a bit with the series in the late 1950s/early 1960s. However, by the mid-1960s, sales were falling off and Kanigher was clearly floundering. He literally “fired” the supporting cast of the comic at one point and tried to do Golden Age-style stories (to tie in with the early days of comic book Golden Age nostaliga). That flopped and so he just tried various things before he was ultimately replaced in an attempt to make Wonder Woman a more “modern” comic book by taking away her powers and making her more akin to Emma Peel from the hit TV series, The Avengers.

One of the things Robert Kanigher was perhaps best known for (him and his contemporary, Bob Haney) was that he would just do stories without any real plan, it was just “What would make THIS story interesting?” As a result, there were plenty of stories that contradicted other stories. He didn’t care. Heck, in the issue where he “fired” the supporting cast of Wonder Woman, he actively mocked the comic book fan press. He just didn’t care. He only cared if the story was interesting. That, of course, was his thought process behind deciding that Wonder Woman loses her power one day a year.

WHAT IS UP WITH JUNE 18th AND WONDER WOMAN?

Wonder Woman #176 was Kanigher’s final issue of his original run (Bill Finger did a fill-in story before the “new” Wonder Woman began an issue later). It was titled “Threat of Triple Stars” and was drawn by Irv Novick and Mike Esposito. In it, these three weird triplets try to get Wonder Woman to marry them. She naturally turns them down…

There is then an extended sequence where Wonder Woman fights against some crooks that really seems kind of pointless to the story as a whole. It almost felt like Kanigher wanted to pad the story out and just let Novick cut loose on some fun fighting pages. Novick does a wonderful job on this comic, but it is definitely weird to see multiple pages devoted to Wonder Woman defeating some robbers.

In any event, the Star brothers then take a special formula that turns them basically into three Captain Americas, body-wise…

We then come to the big twist of the issue, which is the “never picked up again” aspect of the comic, which is that Wonder Woman, for some inexplicable reason, does not have her superpowers on June 18th. I have no idea why, especially since so many of her abilities are just part of her being an Amazon, so do all Amazons lose their abilities for a day or is a Wonder Woman-specific thing? Is it a curse? Is it magic? What in the world IS the point of this whole thing? Kanigher, you are so weird!

I do love the sight of her whining about the day and the loss of her powers. Too funny. “I wish I could wash June 18th right out of my hair” is a wonderful line.

Anyhow, another group of robbers commit a new robbery and Wonder Woman hears the police announce it and she figures, “I should still go help” for…reasons. She shows up and they open fire on her and she tries to play “Bullets and Bracelets,” but, obviously, without her powers that does not work (and I have no idea why she thought it WOULD)…

Lucklily, the first of the Star brothers shows up and he saves the day and Wonder Woman really IS attracted to him, even if he is way too forceful with his come ons…

As you might expect, that same basic concept repeats itself three times, with the Stars saving the day and then trying to make time with Wonder Woman. She knows that she DOES need their help, though, while she is without her powers, so she teams up with them to stop some bad guys, but in the middle of the fight, they lose their powers, but luckily, it passes midnight and Wonder Woman’s powers return and she saves the day.

Kanigher, you so crazy!

Thanks to my Patrick for inadvertently suggesting this one! If anyone else has a suggestion for a future If I Pass This Way Again, drop me a line at [email protected]

Growling lion tells off his playful cub for disturbing his sleep