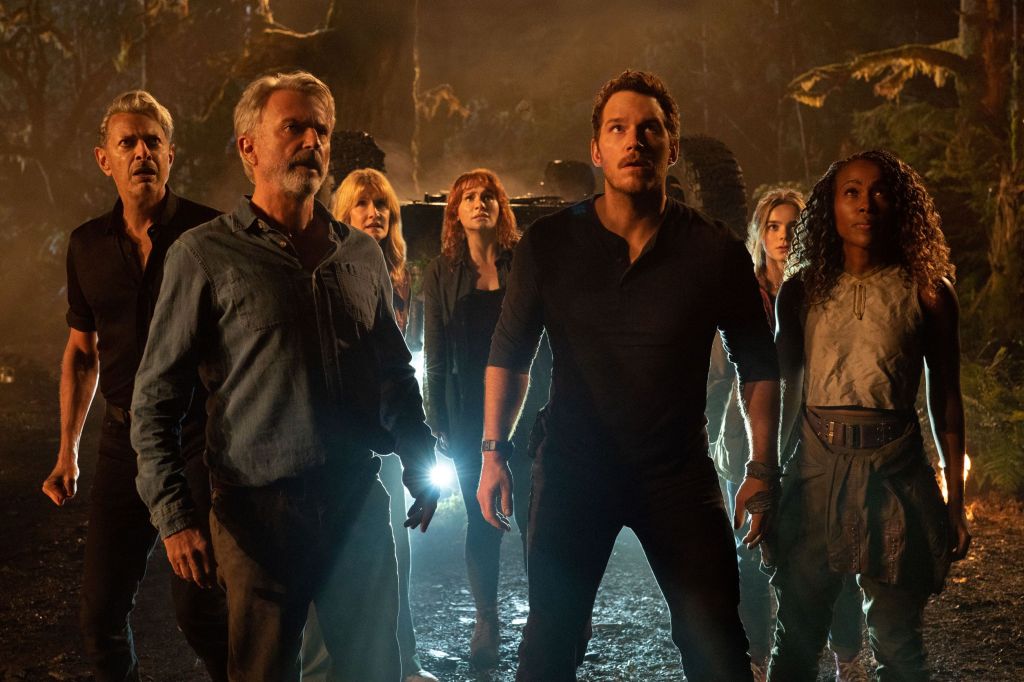 Colin Trevorrow’s fascination with dinosaurs came about at an early age when the San Francisco-born, Oakland-raised screenwriter/filmmaker who’s the guiding force behind the “Jurassic World” trilogy would set free his imagination in a modest sandbox. pitting his inexpensive plastic dino toys against other iconic adversaries.

“I did build a fascination (with them) and how they interacted with my ‘Star Wars’ figures and everything else in (there), like my trucks … and that you could mash everything together,” says Trevorrow. “So the idea of taking dinosaurs and putting them into our world was thrilling.”

What was child play then has since transformed into a box-office juggernaut, with the 45-year-old director expanding on a dino franchise dreamt up in the 1990 best seller by late author Michael Crichton and then brought to more prominence with a 1993 effects-driven thrill ride from iconic filmmaker Steven Spielberg. “Jurassic Park” was such a massive success that it led to two more sequels.

Trevorrow expanded on the Crichton/Spielberg scenario, adding genetically modified critters to the story for 2015’s “Jurassic World.” The film starred Bryce Dallas Howard as stressed-out parks manager Claire Dearing and Chris Pratt as dino wrangler/whisperer Owen Grady. The public devoured it like a hungry T-Rex, as the film took in $652 million at the box office.

Trevorrow’s sandbox had grown, to say the very least.

Now comes Trevorrow’s supposed final lap around the lucrative “Jurassic” track, “Jurassic World: Dominion,” a prophetic title if there ever was one considering that this ambitious capper on the series is setting international box office afire in the smattering of markets where it has already opened. The film thunders into U.S. theaters on Thursday.

Trevorrow bridges the old and the new with “Dominion,” uniting stars from the “Jurassic World” series with major players from the original: Laura Dern as the principled Dr. Ellie Sattler, Sam Neill as jealous Dr. Alan Grant and Jeff Goldblum as the hilariously self-assured math wiz Ian Malcolm.

The film takes place four years after the conclusion of “Jurassic World: Fallen Kingdom,” and has dinos living amongst humans around the world. Sattler, Grant and Malcolm eventually join forces with Claire and Owen to take on the evil Biosyn genetics company.

“Jurassic World: Dominion” was a tough cookie to pull off since production started in February 2020 in British Columbia and had to shut down abruptly in March 2020, after filming moved to Britain, due to the spread of COVID-19.

The team returned to the shoot in July but had to adhere to strict healthy and safety protocols. As formidable as that obstacle was, the tougher assignment for Trevorrow was to stitch the characters from the “Jurassic Park” series into the storylines already sewn into “Jurassic World’s” fabric. Trevorrow has co-written all three “World” screenplays.

“It was the hardest part,” he acknowledges. “We made this massive production during a pandemic and at the same time we were telling two parallel stories that were drawing closer and closer together until they were to collide and continue to the end. It’s not the most traditional way to structure a mainstream blockbuster movie.”

But “Jurassic World: Dominion” presented a unique opportunity, broadening the island-locked locales of the two previous thrillers, both of which were primarily set on the Isla Nublar theme park that is destroyed at the end “Fallen Kingdom.”

“Dominion” takes the dinos’ tempestuous relations with humans to a whole new level as the plot hopscotches from the Sierra Nevadas to Malta and numerous other locales, some urban and some rural, where dinos are now being illegally traded and sometimes wreaking havoc on everyday living.

“World” features more feathered dinos (a more accurate portrayal of the prehistoric landscape) than the genetic creations in the first two “World” entries and continues to explore potent issues about genetic manipulation. It also interjects humor, pathos and action as it addresses our contentious times. Per usual for Trevorrow, who broke out with the 2012 sci-fi rom-com “Safety Not Guaranteed,” the new film fuses together various genres.

“The last film was about animal trafficking, moving animals from one continent to another, which is something that is dangerous and destructive,’’ he said. With the new film, “We’re talking about larger issues of how we are manipulating genetic power right here and now — from the (film’s) locust epidemic to the notion of what Maisie Lockwood (the cloned adopted daughter of Claire and Owen) represents and what medical advances could come from that.”

It was a lot to chew on and Trevorrow didn’t want to be preachy. Yet he did want to show how working together can help move the needle forward.

“We wanted to talk about all those elements and with a sense of hope, with a sense that if we can work together we can benefit from all these discoveries and then we can move into the future in a very positive way. But we can’t do it if we’re at each other’s throats all the time.”

Along with some pulse-pounding action sequences, “World” features the appearance of two new characters, a scene-stealing for-hire pilot Kayla Watts (played by DeWanda Wise) and Biosyn’s stylishly dressed head of communications Ramsay Cole (another scene-stealer, Mamoudou Athie). Their characters add more depth and diversity into the “World” sphere and are essential to the plot.

Being able to leave such an impression amid actors well established in the series says something about how strong the newcomers are, Trevorrow says.

“They just step into the film and take their place in it. I found it to be very powerful and I love both of them as humans,” he says.

But will we get the chance to see them again?

“If there were to be more ‘Jurassic’ films with them involved, I would be first in line for sure,” he says. While there are no additional Jurassic films in the works, no one would be surprised if one or more turned up.

After being a captain of sorts for this franchise, you might imagine Trevorrow would favor taking on a stand-alone project. Not so. He is all about story-building.

“Honestly, I’d like to create something new, ” said Trevorrow, referring to a multi-chapter project. “It’s really difficult to create a new myth in this day and age. But I think so few people would be in a position to be able to even try that it’s hard for me not to try. So, yeah, I’m working on a new myth.”

In other words, he’s back in that imagination sandbox, playing with new toys.