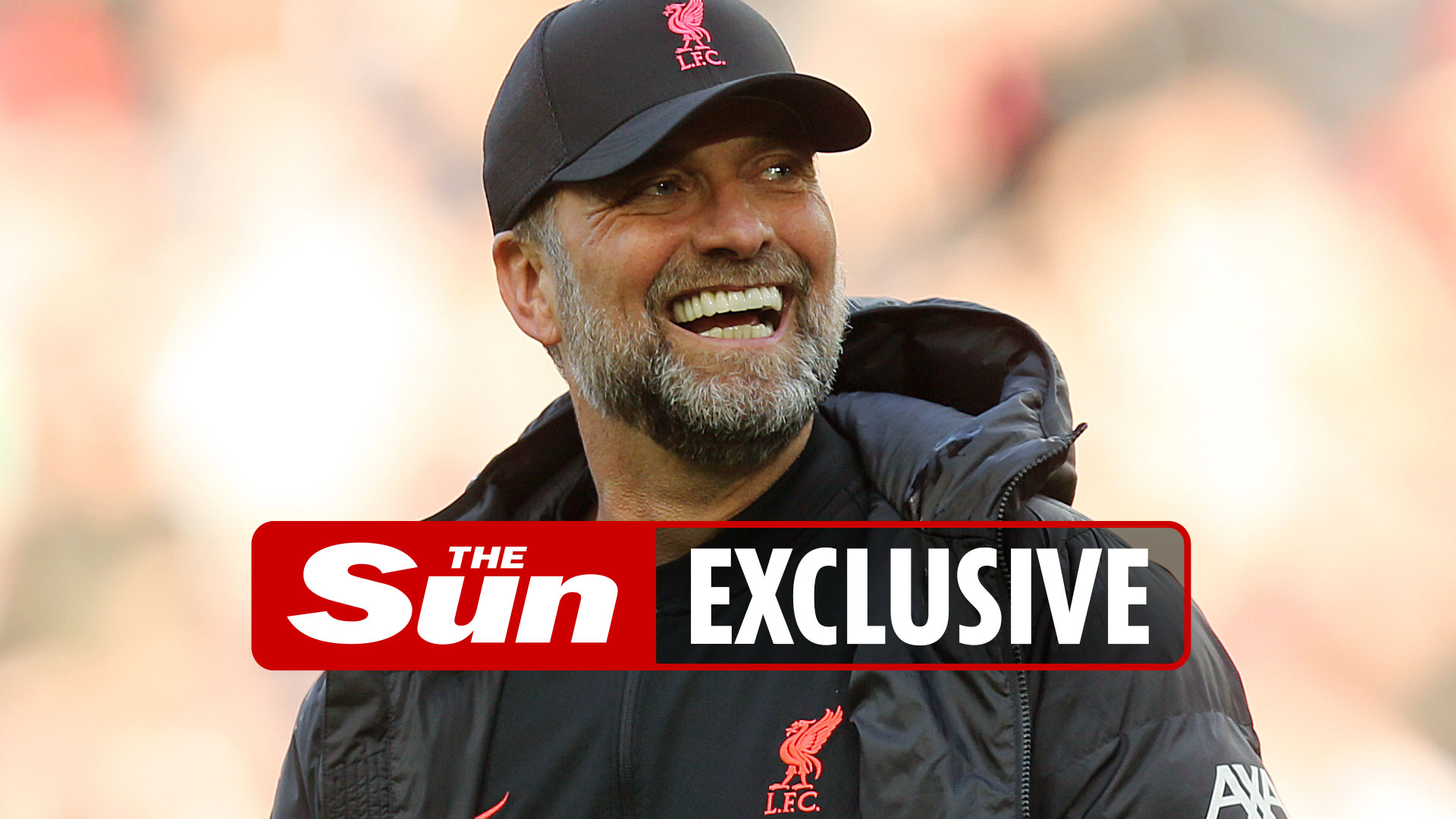 WHEN Jurgen Klopp signed a new deal at Liverpool, he knew he would have an increasing influence off the pitch.

Sporting director Michael Edwards has left the club and although his deputy Julian Ward is stepping up, expect Klopp to have more control.

The German, 54, agreed an extension until 2026 in the knowledge players such as Sadio Mane, Joe Gomez and Alex Oxlade-Chamberlain were pushing to leave and he wanted guarantees that funds would be made available to replace them.

Equally, Klopp is not a fan of long pre-season tours and has managed to reduce the summer trip to Asia to just six days.

It will be the first time they have been to Asia since Brendan Rodgers took the club there in 2015. They are contracted to travel there because of an agreement with sponsors Standard Chartered.

Liverpool face Manchester United in Bangkok on July 12 and then take on Crystal Palace in Singapore on July 15.

DELIA’S GOT A STEAK COOKING

DELIA SMITH could be replaced by wealthy foreign investors at Norwich — but not quite yet.

Along with husband Michael Wynn-Jones, Smith will be one of few owners in the Championship next season with wealth under £100million.

The US sports tycoon Mark Attanasio is in talks over an investment.

The businessman met Carrow Road officials before and after the final Prem game with Spurs. City fans are getting excited over a massive investment but that will not be happening.

Attanasio, 64, is buying a small stake in the club off another shareholder and not those belonging to TV cook Smith, who turns 81 this month.

The American will test the water before deciding whether to buy more shares.

Smith was criticised after another poor Prem season but, unlike most teams in the top two tiers, it is debt free and an attractive proposition.

Wynn-Jones and Smith do not have children and the plan is to hand the club down to their nephew and lifelong fan Tom Smith, who joined the board in 2016.

THE Professional Footballers’ Association will stage its player-of-the-season awards on Friday week — but it will be a virtual online event.

The PFA event has not been staged in person due to Covid-19 since 2019.

A date had been pencilled in for this year in London but was scrapped due to rescheduled Premier League games that week.

Next year, though, the awards will definitely be back to normal.

The League Managers’ Association held its ceremony a week ago.

Divisional winners for 2021 and 2020 were also there, including David Artell who led Crewe to promotion to bag the 2020 League Two honour.

Yet he took to the stage in London despite being sacked by Alex a few weeks earlier.

But he did a good job at Gresty Road in difficult circumstances and should get another job soon.

Make Me Prime Minister: Who is Jackie Weaver and how did she…

“The final defense is us and our rifles”: Oath…