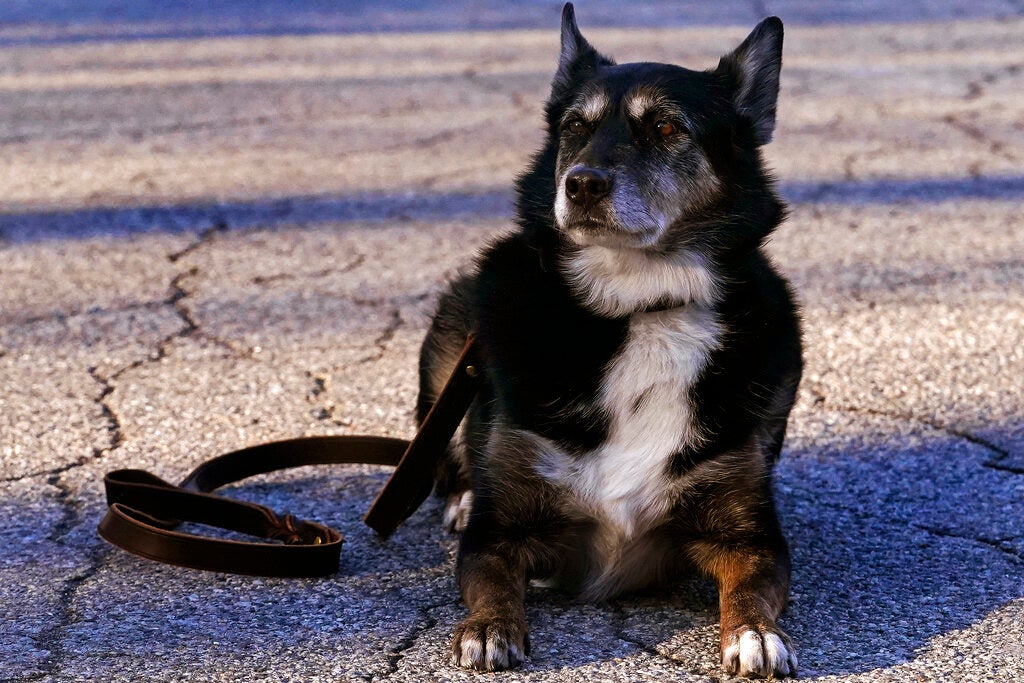 PROVIDENCE, R.I. (AP) — A Rhode Island dog whose inspiring story of going from shelter dog to lifesaving police K-9 became the subject of a recent Netflix movie has been euthanized.

“K-9 Ruby dedicated her life to serve the citizens of Rhode Island and make a positive impact on every person she ever interacted with,” he said in a statement. “She became a symbol of hope for all shelter dogs, showing the world what a shelter dog can do when just given love and the chance to shine.”

Ruby served with the Rhode Island State Police for 11 years and was handled by Cpl. Daniel O’Neil, Weaver said.

Part Australian shepherd and part border collie, Ruby was one of the first shelter dogs trained to serve with the Rhode Island State Police. She participated in numerous search-and-rescue missions and made many public appearances during her career.

Ruby gained notoriety in 2017 when she located a teenage boy who was severely injured while hiking in the woods. The boy turned out to be the son of the animal shelter volunteer who had fought to keep her from being put down.

“She was a total knucklehead,” shelter volunteer and dog trainer Patricia Inman had told The Associated Press of Ruby, who had been returned by five families for being too rambunctious before O’Neil adopted the then-eight-month-old in 2011.

Ruby earned national recognition for the rescue — the American Humane Hero Dog organization named her the nation’s “Search and Rescue Dog of the Year” — and her story was made into the 2022 Netflix movie “Rescued by Ruby.”

“She had a full, happy, and wonderful life, not only as a trooper, but as part of a loving family,” Weaver said. “She worked right until the end and never gave up doing what she loved most — making people smile.”

Ruby lived with O’Neil and his family and will be honored privately, police said.

“She was given a chance and she’s been doing everything she can to pay it back,” O’Neil said earlier this year. “You have this dog that was given up on, and she’s changed so many people’s lives.”

Despite her lauded search-and-rescue career, Ruby’s mischievous spirit was irrepressible: Three years ago, she bolted near a state park, turning up safe and sound after a 19-hour search. More recently, she returned from a bathroom break with a live skunk writhing — and spraying — in her jaws.

The antics were part of what made Ruby, well, Ruby. Above all, she was a good dog.

“If you show them love and compassion and you give them a certain type of stability, they’ll show their true colors,” O’Neil had said.