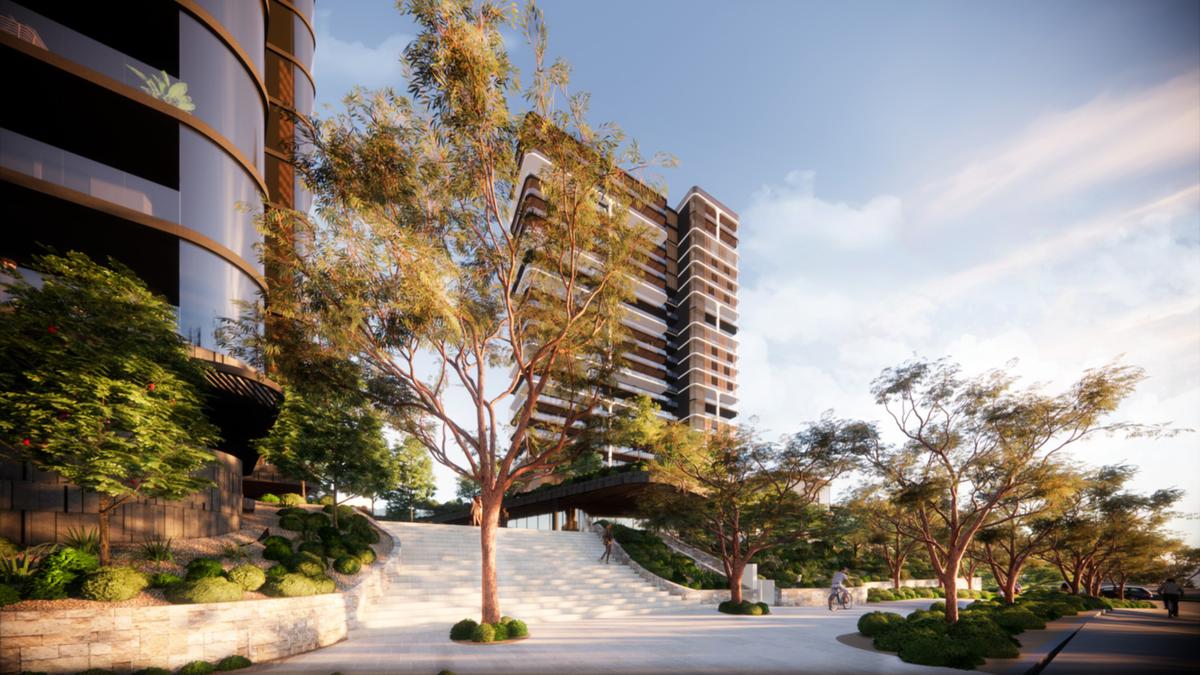 The developer behind a proposed $300 million apartment complex at Karrinyup Shopping Centre has received approval to put up a 10-storey high viewing platform to help with its sales campaign.

Stirling council approved the temporary steel open structure for the carpark area next to Burroughs Road for up to 12 months from the date of approval.

The application had been lodged in January, stating it would be used as a marketing tool for AMP Capital’s controversial three-tower development of up to nine, 15 and 24 storeys, which the Metro Inner-North Joint Development Assessment Panel approved in September.

However, since then Blackburne Property Group has teamed up with AMP Capital to design a new concept for the Karrinyup West development, which is currently out for public comment.

DISCOVER THE LATEST NEWS FROM YOUR NEIGHBOURHOOD WITH PERTHNOW DIGITAL EDITIONS

The city had recommended the initial $150m proposal with 270 apartments and about 570sqm of commercial floorspace be refused, with concerns about excessive height, bulk and scale, parking, and incompatibility with the local context.

This prompted resident Simon Wheeler to question at the council meeting how city officers could recommend the viewing tower for approval, if it was proposed to support an “incompatible development”.

During public consultation for the tower application, the city also received 29 submissions including 26 objections as well as a 219-signature petition also opposed.

Concerns included height and scale, excessive overlooking, the tower being “not aesthetically pleasing”, increased traffic and noise, and anti-social behaviour.

However, the council report said the proposal was appropriate because it was temporary, significantly shorter than the approved 24-storey development, and it would be 40m away from the nearest residential property.

At the meeting, Blackburne development director Matthew Chau said the tower was likely to be on the site for closer to nine months given the time it would take to get a building permit to erect it and then to take it down.

Mr Chau also said the building permit would mean things such as the structural design, building compliance and hand rails would be “strictly assessed along with a very strict operational plan”.

Mr Wheeler also raised concerns with approving the viewing tower given the new proposal had not yet been assessed, and questioned if it would be “highly prejudicial to any future non-conforming development applications on the site”.

But planning and development director Stevan Rodic said any current or future development application for the site would be “assessed on their own merits”.

Mr Chau also said viewing towers were “quite regularly” approved without another development application being in place for a site.

Approval conditions included allowing no more than five people on the tower at any one time, and all members of the public being accompanied by an authorised representative.

The tower will operate from 11am to 3pm on weekends, and by appointment only between 7am and 7pm on weekdays.

Blackburne’s new design for Karrinyup West reduces the number of towers to two of up to 14 and 24 storeys, and proposes fewer apartments — 253 — and more commercial floorspace of about 820sqm.

The city is seeking feedback on the revised plans until July 6, with comments to be included in a report for the JDAP to consider at a future meeting.

Biden will call for federal gas tax suspension, urges states to do the same

Markets set to recover after a shaky quarter, but don’t count on China