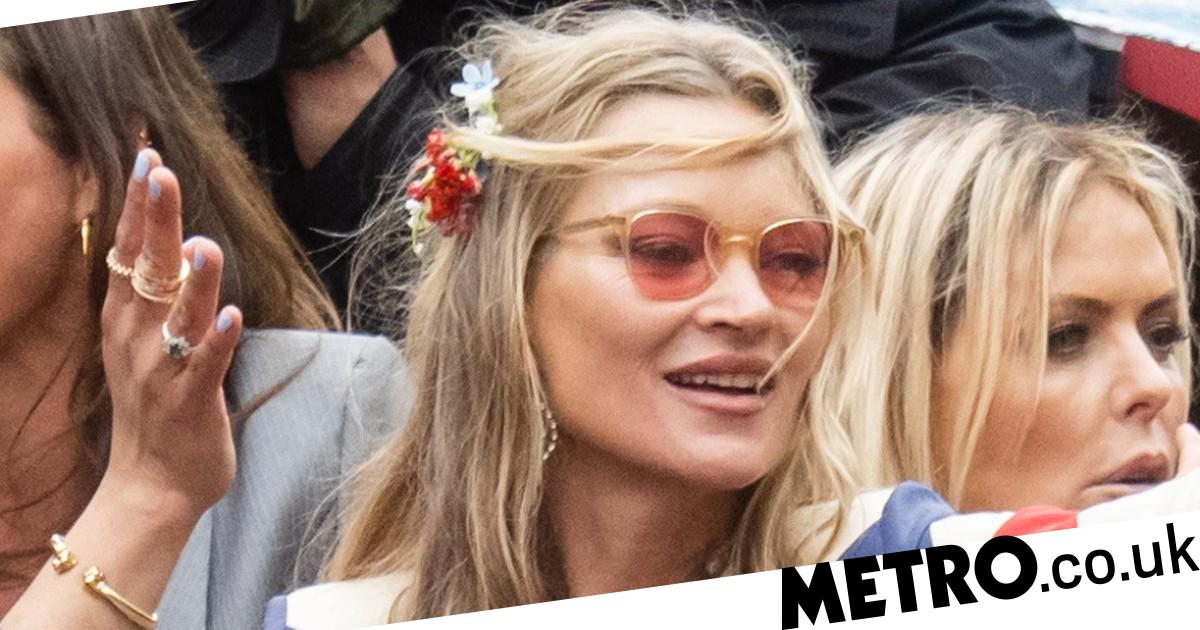 Kate Moss is said to be keen on netting an OBE in the next honours list, according to sources.

The 48-year-old has been a staple of catwalks and campaigns since the 1990s, recently founding her own modelling agency and being named one of Time magazine’s 100 most influential people in 2007.

Kate also appeared on the nineties bus as part of the Queen’s Platinum Jubilee Pageant earlier this month alongside Naomi Campbell and Patsy Kensit.

However, now she has reportedly quietly told friends that she would ‘absolutely love’ to be given a nod by the Queen in the next round of honours.

According to The Sun, the supermodel has been increasing her charity efforts, including through regularly delivering meals to elderly neighbours in the Cotswolds.

The food is apparently provided courtesy of her brother Nick, who runs a Vietnamese food truck called Vietvan.

Locals in her Oxfordshire village are also said to be supporting the idea of Kate clinching an OBE and are allegedly taking to the government’s official webpage to nominate her for the prestigious award.

One resident told the publication that the model was ‘really popular’ and had ‘totally slotted into the community’.

‘She has no airs and graces and chats to everyone. She’s also started giving back, and is dishing out food and meals to the elderly who can’t get out and about.’

‘There’s been a lot of talk in the village about how Kate deserves an OBE. She’s a huge admirer of the Queen and made herself very much a main figure in support at the Jubilee. Having an OBE would mean a great deal to her,’ they added.

The local also said that the world-renowned model has ‘never come over haughty or entitled’ and ‘deserves a gong’.

Previous friends of hers in the fashion industry who have been recognised by the Queen include British Vogue editor-in-chief Edward Enninful and designer Stella McCartney.

Original sixties supermodel Twiggy was also made a Dame for services to fashion in 2018.

Discovered aged 14, Kate became the face of Calvin Klein alongside Mark Wahlberg in one of her first major campaigns and has graced the cover of British Vogue more than any other person in the intervening years on 30 separate occasions.

She also posed for the inaugural covers of Vogue’s Russian and Japanese editions, as well as several of its other international magazines.

Kate has modelled for the likes of Chanel, Louis Vuitton, Versace, Balmain, Balenciaga, Gucci, Dior and Dolce & Gabbana among others.

She met the Queen previously at a reception honouring Women of the Year at Buckingham Palace in 2004, alongside JK Rowling and singer Charlotte Church.

The Croydon-born star has put her partying days behind her in recent years, having lost contracts worth millions of pounds in 2005, after being photographed appearing to snort cocaine with her ex boyfriend, Pete Doherty.

The model apologised for her actions at the time, saying she took ‘full responsibility’, adding: ‘I also accept that there are various personal issues that I need to address and have started taking the difficult, yet necessary, steps to resolve them

‘I am trying to be positive, and the support and love I have received are invaluable.’

In recent weeks, the mum-of-one has supported her former partner Johnny Depp, testifying at his defamation trial with ex-wife Amber Heard, which ended with the DC actress being ordered to pay $10 million to her ex-husband, while also being granted $2 million in damages herself.

She has since watched him perform with Beck in London.

Metro.co.uk has contacted reps for Kate Moss for comment.