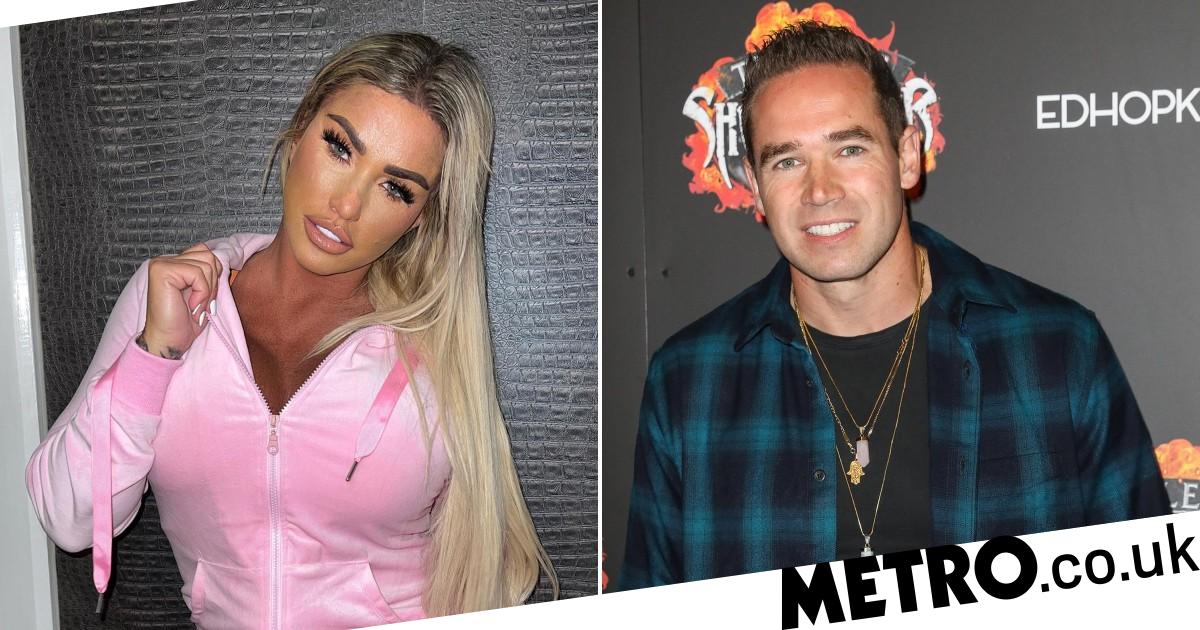 Katie Price’s ex-husband has shared his ‘disappointment’ after the reality star dodged prison after admitting to breaking a restraining order.

During an earlier hearing, Price – who was wearing a green suit and was supported by her fiance Carl Woods in court today – pleaded guilty to breaching the order against her ex-husband Hayler’s fiancee Michelle Penticost.

After being warned by the court she faced jail time, today she was handed an 18-month community order to carry out 170 hours of unpaid work.

In a statement release after the verdict was handed down, Hayler – who shares two young children with Price – and Penticost said a custodial sentence would have ‘sent the right message’.

They said in the statement obtained by The Sun: ‘We are incredibly disappointed with the result of today’s court hearing.

‘We feel a custodial sentence would have sent the right message to the public given the seriousness of Miss Price’s offending.’

The reality star had been banned from contacting Penticost directly or indirectly under the terms of a restraining order imposed in June 2019.

Price was accused of sending ex-husband Hayler a message on January 21, in which she branded his new partner Penticost, a ‘c***ing wh**e’ and a ‘gutter s**g’, while also accusing them of having an affair.

‘She has a restraining order so shouldn’t try antagonise me as she is in breach and I’m sure she doesn’t want people knowing that she was having an affair with you behind my back. That gutter s**g.’

In a victim impact statement read to the court today, Penticost said the impact of the restraining order breach by Price had a ‘devastating effect’ on her mental wellbeing.

She said: ‘The impact of what Katie has done is very upsetting, I feel threatened and intimidated.

‘I feel demoralised and not wanting to go out. The language used made me feel scared. I felt it was an attack on me.

‘The consequences are I feel she will attack me. I felt by having a restraining order it would make me feel safe but by someone breaching it it has made me feel very vulnerable.’

Nicholas Hamblin, representing Price, said his client had pleaded guilty to the breach but she had been under a ‘misunderstanding’ that the restraining order ‘worked both ways’.

He said there was an element of ‘provocation’ and she had been ‘over-reacting as she felt she was being criticised’.

He added: ‘She has shown signs of remorse, she accepts an indirect breach.’

‘It’s perhaps a case of building someone up only to knock them down.’

He added that ‘there was a lot of good to be said’ for Price and she was considered in a probation report to be at ‘low risk of reoffending’.

In handing down the sentence, Judge Stephen Mooney told Price: ‘In my judgement, this offence was committed out of anger.

‘The words you used were highly offensive and inflammatory so the breach cannot be considered minor.

‘In my judgement, balancing the aggravating and mitigating factors, the appropriate sentence is a medium-level community order.’

The Forgotten World update releases a week early on Switch

15,000 Minnesota nurses vote Wednesday on whether to strike…

Collin Gosselin Opens Up On How ‘Jon & Kate Plus…