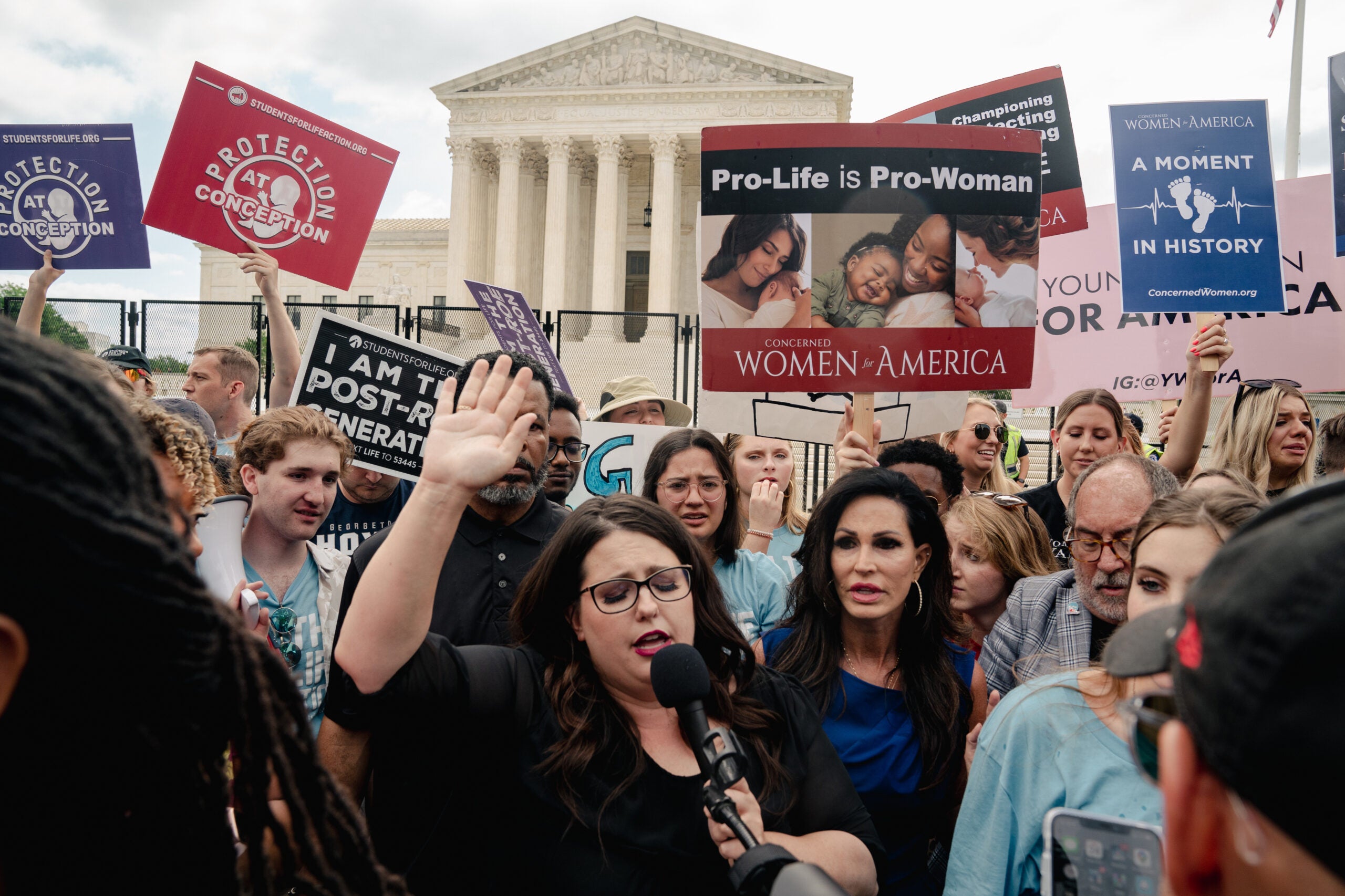 WASHINGTON — During a two-hour meeting in her Senate office with Supreme Court nominee Brett Kavanaugh on Aug. 21, 2018, Sen. Susan Collins of Maine pressed him hard on why she should trust him not to overturn Roe v. Wade if she backed his confirmation.

Kavanaugh worked vigorously to reassure her that he was no threat to the landmark abortion rights ruling.

“Start with my record, my respect for precedent, my belief that it is rooted in the Constitution, and my commitment and its importance to the rule of law,” he said, according to contemporaneous notes kept by multiple staff members in the meeting. “I understand precedent and I understand the importance of overturning it.

“Roe is 45 years old. It has been reaffirmed many times. Lots of people care about it a great deal, and I’ve tried to demonstrate I understand real-world consequences,” he continued, according to the notes, adding: “I am a don’t-rock-the-boat kind of judge. I believe in stability and in the Team of Nine.”

Convinced, Collins, a Republican, gave a detailed speech a few weeks later laying out her rationale for backing the future justice that cited his stated commitment to precedent on Roe, helping clinch his confirmation after a bitter fight. On Friday, Kavanaugh joined the majority in overturning the decision he told Collins he would protect.

His seeming turnabout in the case Friday prompted Collins and another senator, Joe Manchin of West Virginia, who gave Kavanaugh crucial votes for his narrow confirmation, to vent their anger, saying they felt their trust had been abused. Their indignation was echoed across the Capitol by lawmakers who said the court’s decision Friday helped drain what was left of any credibility Supreme Court nominees have in their confirmation hearings.

“I feel misled,” Collins said, adding that the decision was in stark contrast to the assurances she had received privately from Kavanaugh, who had made similar, if less exhaustive, pronouncements at his public hearing.

Manchin, the only Democrat to vote for Kavanaugh, also expressed similar sentiments about Justice Neil Gorsuch, who made his own strong statements about adhering to precedent during his confirmation in 2017.

“I trusted Justice Gorsuch and Justice Kavanaugh when they testified under oath that they also believed Roe v. Wade was settled legal precedent, and I am alarmed they chose to reject the stability the ruling has provided for two generations of Americans,” said Manchin, who is anti-abortion.

But the senators’ sense of betrayal has only highlighted the Kabuki theater that surrounds the Supreme Court confirmation process on Capitol Hill, in which lawmakers pose questions they know prospective justices are unlikely to fully answer and nominees offer comforting code words without committing to any particular position.

Senators pepper the nominee with questions about stare decisis — the principle of standing by things that have been decided — and commitment to precedent. Nominees tell the senators as little as possible but enough to get by, allowing the senators to cast their votes as they were predisposed to, depending on the nominating president’s party. It typically does not cause a huge backlash.

But with the Supreme Court’s decision in Dobbs v. Jackson Women’s Health Organization on Friday, which eviscerated a nearly 50-year-old precedent and had far-reaching consequences, those statements of fealty to precedent began to look less like traditional hearing rhetoric and more, in the words of Sen. Richard Blumenthal, D-Conn., like “rank deception.”

“I have no respect left for some of the justices when you consider what they told us in their confirmation hearings,” said Blumenthal, a former Supreme Court clerk. “Their credibility is approaching zero with us, but also with the American people.”

Speaker Nancy Pelosi, D-Calif., also angrily weighed in against the justices, accusing them of misleading the public as they sought their seats.

“How about those justices coming before the senators and saying they respected stare decisis, which is the precedents of the court, that they respected the right of privacy in the Constitution of the United States?” she said. “Did you hear that? Were they not telling the truth then?”

Collins won reelection in 2020 but has faced intense political backlash for her support of Kavanaugh, and her critics say she allowed herself to be taken in by him because she was determined to vote for him. Those in the legal community also say that politicians and members of the judiciary do not see precedent in the same way, and that it is not immutable. That was a point Kavanaugh seemed to be making in his concurrence in the Dobbs case Friday.

“Adherence to precedent is the norm, and stare decisis imposes a high bar before this court may overrule a precedent,” he wrote. “This court’s history shows, however, that stare decisis is not absolute, and indeed cannot be absolute.”

But during his confirmation hearings, Kavanaugh put much more emphasis on the first part of that statement and far less on the second, contributing to Collins and Manchin going public with rare, extremely pointed criticism of the integrity of the justices. Collins noted that in her discussions with Gorsuch, he assured her that he had “written the book” on precedent, a treatise titled “The Law of Judicial Precedent.”

Sen. Mitch McConnell, R-Ky., who, as majority leader, played a monumental role in creating the current makeup of the court, said he did not believe the nominees he steered through during the Trump administration broke faith with the Senate.

“I think precedent is important, and I don’t think any of these nominees promised they would never, ever overturn precedent,” he said. “Sometimes precedent needs to be overturned.”

Many consider Robert Bork the last Supreme Court nominee to engage in deep exchanges with senators over how he would rule from the bench, and his rejection in 1987 was attributed to his candor.

Since then, nominees have tread carefully and followed what has become known as the Ginsburg rule. It is named for Justice Ruth Bader Ginsburg, who died in 2020 and said in her 1993 confirmation hearing that a judicial candidate should offer “no forecasts, no hints, for that would show not only disregard for the specifics of the particular case, it would display disdain for the entire judicial process.”

Other nominees have shown some variation on that approach. Chief Justice John Roberts assured the Senate in 2005 that he would act as an umpire, saying that “it’s my job to call balls and strikes, and not to pitch or bat.”

In the most recent confirmation hearing this year, Judge Ketanji Brown Jackson frustrated Republicans when she refused to provide a pat definition of her judicial philosophy, instead focusing on how she prepared for cases.

In the case of Kavanaugh, Collins pointed to the deep and repetitive assurances he made on precedent when it came to Roe as clearing the way for her to vote for him, only to see him join the conservative court majority in ruling the opposite way.

“Throwing out a precedent overnight that the country has relied upon for half a century is not conservative,” she said in a statement. “It is a sudden and radical jolt to the country that will lead to political chaos, anger, and a further loss of confidence in our government.”

With the court figuring more and more in such high-profile political fights, the question now is what effect the outcome will have on future judicial nomination hearings and how lawmakers will respond to a sense that they were misled in recent hearings.

Some say changes are in order.

“The hearings are an insult to everyone’s intelligence at this point,” said Brian Fallon, head of progressive judicial advocacy group Demand Justice. “The willingness to allow these nominees to answer in bromides, if they answer questions at all, is a relic of a time when the court was considered above politics. That era is long gone now.”