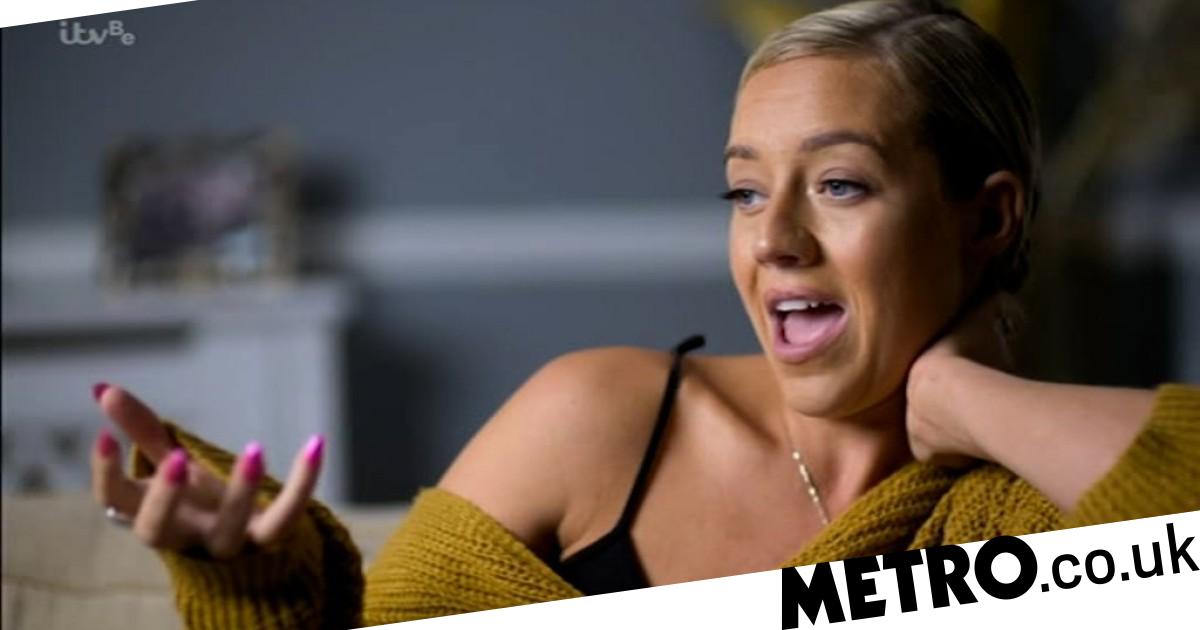 Kelsey Parker was brought to tears in the second episode of Life After Tom as she opened a gift and letter sent from her late husband Tom Parker’s record company.

The singer died in March at the age of 33, one year and a half after being diagnosed with an inoperable brain tumour.

On Thursday’s instalment of the moving series, Kelsey, 32, opened a set of gold discs of The Wanted’s new version of Gold Forever, which they released earlier this year after Parker died.

The commemorative discs had been sent to her and her two children, however they reduced her to tears as she read the record company’s letter to the camera.

Kelsey explained: ‘They did a new version of Gold Forever and it sold five million copies, and I still can’t listen to it.’

Sobbing as she read out the letter, she emotionally shared: ‘”Thank you for sharing him. Tom will remain in our hearts and our memories.” See, it’s horrible reading it.’

She continued: ‘It’s their saddest song, really. And it’s really weird because when you actually listen to Tom’s music, the songs are actually really sad.

‘Do you know what, I’ve never, ever recognised it before but then, once he died, I realised how sad they were.

‘I actually can’t believe the pain in the lyrics that Tom sings.

‘That’s really hit me and now I think I struggle to listen to his music even more.’

Speaking about the discs, Kelsey added that she wanted her children to take them when they ‘fly the nest’.

‘It’s not the norm. When people die, other kids don’t get a gold record that says their dad’s name and that he sold five million copies.

‘It’s shocked people – I think it’s where he was so young and he’s got the kids and people want to do all these nice things. People feel sorry for us, don’t they.

This comes after Kelsey saying people ‘don’t know what to say’ to her following her husband’s death, to the point they’ll cross the road rather than speak with her.

She said: ‘They feel awkward around me; they cross the street to avoid me. They don’t know what to say.

Kelsey went on: ‘Friends find it hard to relate to, because until you’ve done everything I’ve done over the past three years, you can’t really understand my life. Because it’s been so tough.

‘They’ll hate me for saying it, but the majority of the men in my family would rather have their heads buried in a hole in the garden than talk about it. But death is the one thing guaranteed to happen to us. It’s almost as if we’re all scared to die.’

Kelsey Parker: Life After Tom is available to stream on ITVX.


MORE : Kelsey Parker suffers more heartbreak as grandfather dies after leukaemia: ‘I know you’re up there with Tom’


MORE : Tom Parker’s wife Kelsey insists ‘life goes on’ as she addresses criticism of mourning after The Wanted star’s death