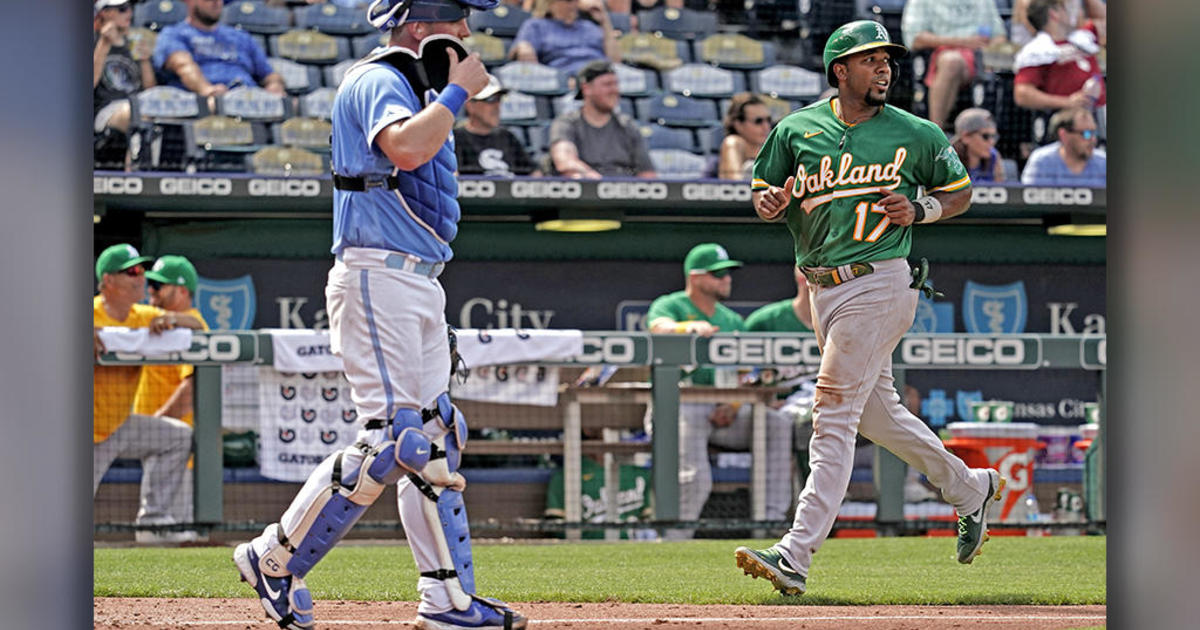 Kemp hit his second home run of the season in the eighth inning to wrap up a 3-for-5 afternoon.

“I pulled a fastball inside foul and I had a feeling he would go back to the slider and he did,” Kemp said of his battle with Taylor Clarke. “I just tried to put a good swing on it and hit it out of the ballpark.”

Brown hit a single in the first and a fielder’s choice in the third. Murphy had an RBI single in the seventh. Nick Allen and Jonah Bride collected RBIs during a two-run fourth inning.

The A’s tied a season high with 14 hits. Oakland had the leadoff man reach base in six innings. Four of the six were leadoff doubles, and all came around to score.

“Obviously any inning you can start off with a guy on base builds momentum,” A’s manager Mark Kotsay said. “We had some big hits from young guys like Jonah Bride and Nick Allen. It was good to see it from both our young guys as well as the older guys.”

Jared Koenig allowed three runs off five hits in 4 2/3 innings and struck out a career-high four with three walks.

“We won as a team today,” Kotsay said. “Each guy picked each other up, grinded through being up by four and losing a lead to only be up one. Everyone on the team just grinded.”

“Brad wasn’t as sharp as he’d like to be, but he didn’t get a lot of help to get him through,” Royals manager Mike Matheny said. “He could have gotten deeper in that game with less damage. We’ve got to pick each other up. This is one of those rare days when we weren’t sharp.”

Michael A. Taylor hit his fifth home run of the year for the Royals with a three-run blast in the eighth to make it 8-7.

Bobby Witt Jr. hit a wall-scraping solo homer to left in the third inning to open the scoring for Kansas City. It was his eleventh of the season, which matched Salvador Perez for the team lead.

Cam Gallagher went 2 for 3 with three RBIs on a pair of doubles. Gallagher scored two in the fourth and scored Taylor in the sixth. The RBIs were his first since returning from a 45-game stint on the injured list on June 20.

Athletics: Kotsay said Chad Pinder was held out of the lineup due to a neck issue.

Markets set to recover after a shaky quarter, but don’t count on China