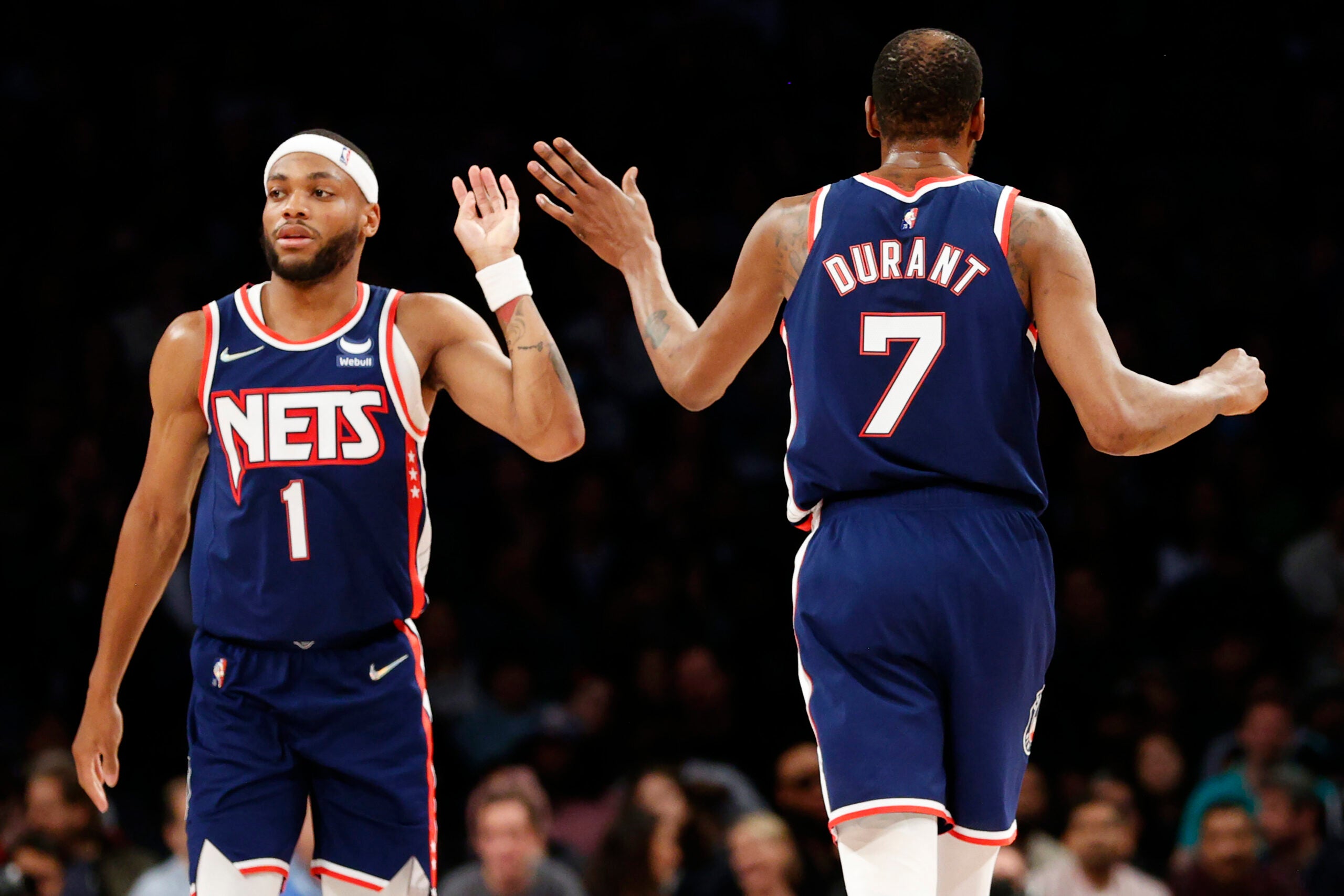 As Kevin Durant sat down for his post-game press conference following the Nets’ win over the Cavaliers on Tuesday, he needed some answers about Bruce Brown.

“Yo, what did Bruce Brown say?” Durant asked Kyrie Irving. “He said something I didn’t like, someone just told me.”

In an answer about facing the Celtics in the first round of the Eastern Conference playoffs just moments earlier, Brown mentioned that the Nets couldn’t afford to let Jayson Tatum score 50. He also pointed to the absence of Robert Williams as a major plus for the Nets.

Williams, of course, is out rehabbing from a torn meniscus.

A reporter relayed Brown’s comments to Durant, who clicked his tongue.

“Alright man,” Durant said, as reporters chuckled. “That’s caffeine pride talking. He takes some before the game. Them two dudes can do the same stuff. It ain’t gonna be that easy.”

In fairness to Brown, Daniel Theis and Al Horford absolutely cannot do the same things as Williams and the Nets should be glad they won’t have to face Williams. He hurt them repeatedly in their last showdown, skying over the top of defenders for alley-oops and intimidating drivers around the rim. Ime Udoka hasn’t ruled Williams out for the series officially, and a four-week timeline would likely have him back for a potential Game 6 or 7.

Still, Horford and Theis present their own issues.

“I mean, we respect our opponents,” Durant said. “We don’t need to talk about what we gonna do to them, I just don’t like that.

“But that’s just how Bruce is. he comes in and he keeps the same energy throughout the whole season. But you know, we don’t need to say s— like that. Let’s just go out there and hoop.”