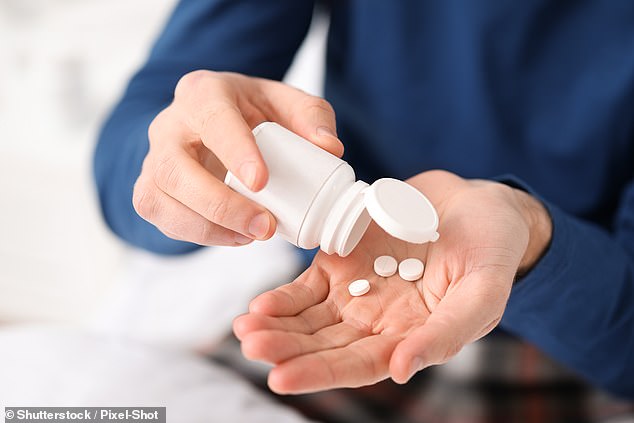 A new ‘blood-boosting’ pill is set to spare tens of thousands of chronic kidney disease sufferers from having to inject themselves up to three times a week.

Roughly 90 per cent of people with the condition also develop anaemia – when blood cells don’t deliver enough oxygen to the body’s tissues, causing dizziness and exhaustion.

Until now, symptoms could be treated only with medicine that patients usually inject themselves, alongside iron infusions in hospital twice a year. But the new tablet, roxadustat, which is taken three times a week at home, has proved to be just as effective.

Last week the National Institute for Health and Care Excellence (NICE) announced the tablet will be made available on the NHS.

Professor Jonathan Barratt, a consultant nephrologist at Leicester General Hospital, said: ‘The new drug is just as effective at keeping patients’ anaemia under control as previous treatments, without the need for all the injections and infusions.’

A new ‘blood-boosting’ pill is set to spare tens of thousands of chronic kidney disease sufferers from having to inject themselves up to three times a week. Roughly 90 per cent of people with the condition also develop anaemia – when blood cells don’t deliver enough oxygen to the body’s tissues, causing dizziness and exhaustion. (File image)

The kidneys filter out toxins from the blood, which are then passed to the bladder and flushed out in urine. But for roughly three million Britons with kidney disease, the organs stop working properly.

It is commonly caused by long-term conditions such as high blood pressure and diabetes.

There are five stages of kidney disease, ranging from a small reduction in function to complete failure, where patients need dialysis – a machine that filters the blood – to survive. In many cases, the only chance of a long, healthy life is a transplant.

At first, kidney disease symptoms may be mild, such as weight loss and shortness of breath. The condition becomes chronic when the organs are functioning at least 40 per cent below normal levels – known as stage three.

This is when the damaged kidneys struggle to produce erythropoietin – a hormone which triggers the release of red blood cells. 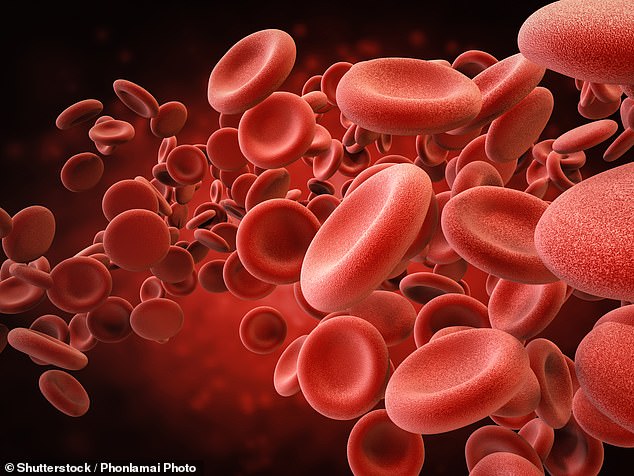 The kidneys filter out toxins from the blood, which are then passed to the bladder and flushed out in urine. But for roughly three million Britons with kidney disease, the organs stop working properly

This condition, known as anaemia, is commonly thought of as an iron deficiency but in fact it is a deficiency in haemoglobin – the compound in blood which transports oxygen around the body – of which a major component is iron. Without sufficient iron, the body does not make enough haemoglobin and the body becomes starved of oxygen.

Until now, those with kidney disease-related anaemia had to inject themselves up to three times a week with drugs that mimic the role of erythropoietin, which can cause unpleasant side effects including rashes and vomiting. They also needed iron infusions in hospital at least twice a year to top up haemoglobin levels and boost the oxygen in their blood cells.

Roxadustat works by mimicking the body’s natural response to reduced oxygen in the blood – blocking an enzyme that limits the production of new red blood cells while increasing the absorption of iron in the blood.

Studies show the drug is just as effective at boosting oxygen levels and alleviating symptoms as the current treatments.

Prof Barratt says: ‘The drug can keep symptoms at bay for at least two years – we haven’t yet got data beyond this point.’

One patient to benefit is 58-year-old Brent Murray, a retired police officer from Herne Bay, Kent, who has lived with kidney disease for 20 years. Brent first noticed symptoms of anaemia in 2010, shortly after he began dialysis for kidney failure, when he began to struggle with breathlessness.

‘I was also very tired all the time, and found I couldn’t concentrate on things,’ he says. Doctors prescribed erythropoietin, and monthly infusions of iron at East Kent Hospital.

He says: ‘My wife and I had to undergo training on how to do the injections – it’s a bit of a business. And when you’re feeling awful and ill, the last thing you feel like doing is putting needles in yourself. Because my condition was very severe, I had to go to the hospital a few times a month.’

In 2015, Brent enrolled on a trial of roxadustat. For the next two years, he took a tablet every two days.

‘It definitely improved my quality of life,’ he says. ‘I didn’t have side effects and it seemed just as effective at improving my energy levels. All I had to do was pop a pill.’

After the trial, Brent had to return to self-injections and infusions. But now that the drug has been approved for wider use, he expects to soon return to roxadustat.

‘I’d take it again in a heartbeat,’ he says. 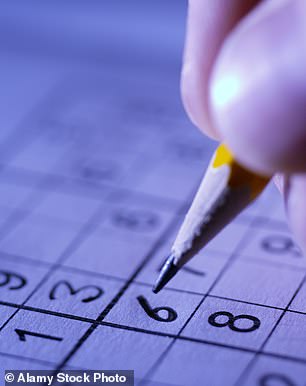 A German man suffered with uncontrollable spasms in his left arm – but only while tackling sudoku puzzles.

It emerged that years before he’d had an accident on a mountain and was trapped in an avalanche.

He’d suffered hypoxia, where the body, including the brain, is starved of oxygen, which resulted in twitches in his legs and face.

Medication seemed to have successfully treated him – until he tried sudoku.

Doctors found that the part of his brain activated by the puzzles had been damaged, so the cells misfired when used, triggering the spasms.

After giving up sudoku, he made a full recovery.

There are tiny blood vessels deep within our bones – a fact that was discovered only three years ago.

Scientists who were studying mice bones by making them transparent identified a previously unknown web of small vessels, called capillaries.

The team followed this up with studies on humans, which revealed a similar, albeit less extensive, system.

It was found that these vessels allow blood cells produced in the bone marrow in the centre of the bones to quickly enter the circulation.

The best Apple Watch bands and straps for all budgets