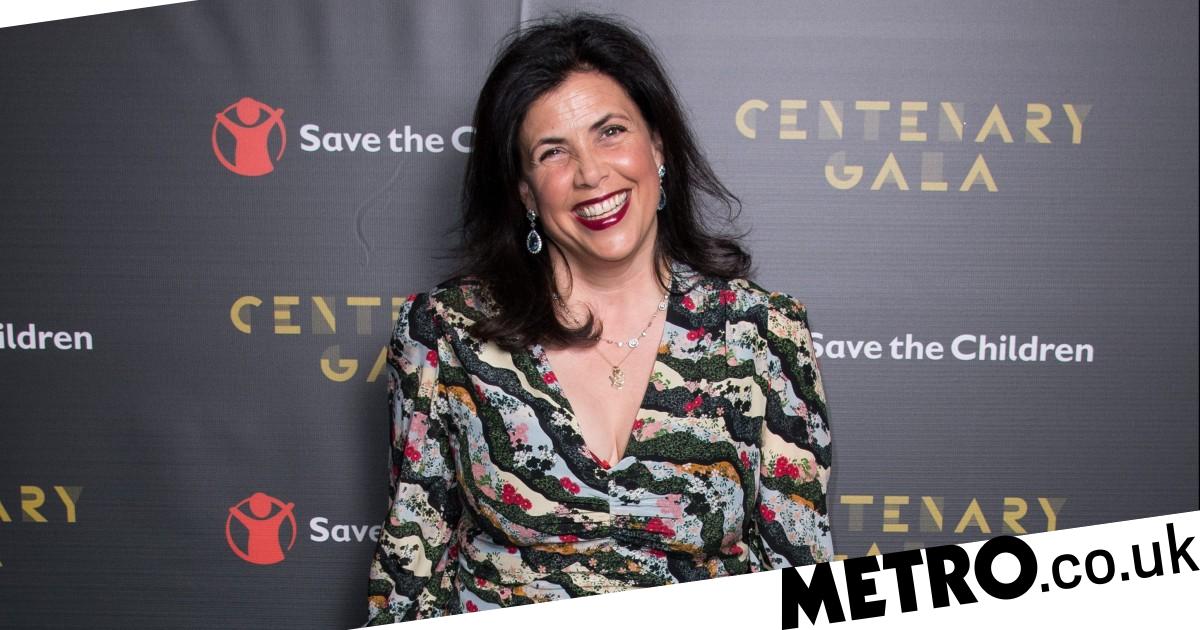 The TV host, 51, on filming during the Queen’s death, tips for today’s buyers and the joys of crafting this Christmas.

On Kirstie’s Handmade Christmas, do you find it hard when you don’t agree with the choice of winning crafter?

I hate there being a winner because by the time we get to that point, I’ve met all the contestants, seen their work and talked to them about their life. I deliberately play no part in the judging, and it’s only the producer and the camera operator who know before the winner is announced.

I’ve tried loads of times to see who they’re focusing on but I can’t tell! A couple of times I’ve been, ‘No way!’ when they’ve announced a winner but I don’t let it show. At least my reaction is real.

There’s so much fake jeopardy in TV these days but if we didn’t do it in a true way, viewers would know. People come up to me and say, ‘You don’t really make a house offer when you’re sitting in a pub in Location, Location, Location, do you?’ But it’s all genuine. I really haven’t spent years sitting making fake telephone calls in the pub!

Why is crafting so popular?

Half of our competitors learned their skill during lockdown. Maybe they couldn’t do their job, or they were feeling stressed and, like many, struggling with their mental health. Many of them tell me, ‘I learned it off YouTube’.

A few years ago on the show we had an older guy who made corn dollies. I asked him, ‘How did you get into this?’ and he said, ‘I did it as a kid and then my wife died in her mid-60s, and my mother reminded me that I used to make the corn dollies.’

So to help him recover from his grief, he started making these beautiful creations out of straw. Now he does exhibitions and teaches other people to make them. It’s given him a whole new life since the death of his wife. I love that this is what crafting can do.

Are you recognised wherever you go?

I’m always quite surprised when I’m recognised a long way from home. I took my son and younger stepson to Alton Towers and a surprising amount of people stopped to say hello.

The kids said, ‘Mum, you have to move faster or you’ll chat all day long,’ but then we bumped into this Italian family who spoke no English but who had seen Location, Location, Location in Italy where, apparently, I speak beautiful Italian! The family asked me to pose for a photo, which I did.

Then the boys and I went off around the park and, two hours later, we bumped into the same family. It turned out that one of their members had been in the loo when they’d met me – and so the whole family had spent the past two hours trying to find me again!

What are people’s reactions when they meet you?

It’s totally split. It could be ‘I’ve just made an offer on a house and I know it’s a good sign that I’ve seen you!’ Men never say that they’re a fan. They always say, ‘My mum loves you,’ or ‘My wife loves you’! Whereas women say, ‘What would you do about that?’

When I come into people’s sitting rooms every week, I’m dressed the same way as I dress at home. I’m not playing a role, like Imelda Staunton being the Queen – which I can’t process, because I can’t get over the fact she’s so mean in Harry Potter and now she’s the Queen.

The Queen was your idol. Where were you when she died?

We were filming Location, Location, Location in Wales when the news came through – and it was horrid. We all had a minute’s silence, standing in the kitchen of a house in Cardiff. I was with Phil Spencer’s couple that day, and they’d only just met me. It felt just odd to be performing and not making any reference to it or talk about the Queen.

But at the heart of the show’s success is the fact that we’re really committed to the contributors, and if the search isn’t going well, I feel an enormous responsibility for someone on the show. So I had to just carry on helping with their search, because that was their two days of filming and they were a lovely couple.

What’s your advice for anyone who is worried about buying their own home right now?

I’ve been really nervous of this market for a long time. If anyone’s considering buying, I’d say, ‘Have you worked out if this is affordable if interest rates go up and if you lose your job?’ It’s very much a case of Caution, Caution, Caution!

I’ve been a bit frustrated when I’ve felt that people haven’t gone for a really good house that needs just a bit of work, or because they’ve been picking the wrong one. They’ve gone for a perfectly done-up house instead of one that needed a bit of updating.

Phil always says to me, ‘You can’t tell people how to live their life’, but I’m older now. I’ve had two stepchildren, two children, had a parent die and another one be quite ill and I’ve seen what life does to you, and how you might think you need a large garden before your baby can walk, but trust me – once he’s a toddler and you’re trying to prune and you can’t see where he is, you’re snookered. So get a smaller garden!


MORE : Kirstie Allsopp insists she swallowed an AirPod while downing vitamins and people are… confused


MORE : Kirstie Allsopp hits out at Lord Sugar and ‘Tiny Tears’ Piers Morgan after Apprentice star tells her to ‘shut up’