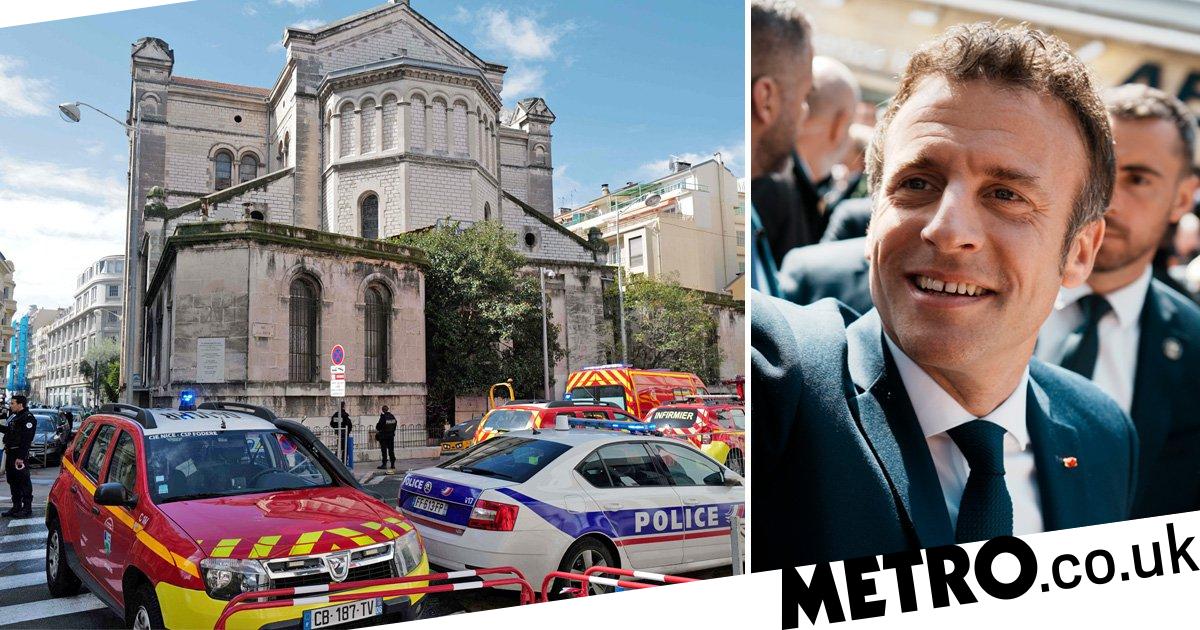 A man has been arrested in France after allegedly stabbing a priest 20 times and claiming he ‘wanted to kill Emmanuel Macron’ on the day the French president is seeking re-election.

Father Krzysztof Rudzinski, 59, was left fighting for his life after the attack in the Saint-Pierre D’Arène church in Nice, in which a 72-year-old nun was also reportedly injured while wrestling the 7cm knife from the assailant’s hands.

The suspect, a 31-year-old originally from nearby Fréjus named only as Kévin R, was described as ‘mentally unstable’ and did not show any obvious signs of terrorist motivations.

A police source cited in local media reports said: ‘He spontaneously declared to the police that he was of the Jewish faith and that on this election day, he wanted to kill Macron and that he had finally settled for [targeting] a church.’

He is said to have entered the church just before Sunday Mass at 10.30am and made a beeline for Father Rudzinski, who is of Polish origin.

He then stabbed the priest 20 times, mainly in the chest, a regional police chief .

Father Rudzinski was seen being wheeled out of the church on a stretcher and is said to be recovering well in hospital.

The elderly nun, named only as Sister Marie-Claude, reportedly suffered a light wound to the hand.

Shortly after the incident, he tweeted: ‘I was the first on the scene once I was alerted to the incident by my assistant and the local police.

‘Both local and national police were swiftly on the scene together to neutralize the disturbance.’

‘The perpetrator was a disturbed man, who was born in Fréjus, who has no prior convictions and who took out several knives.

‘We have to ask if this was a premeditated attack because he had acquired a knife 7cm long a few days before the attack.

‘I want to thank the emergency services even though the priest is currently in the emergency care unit, he’s being well taken care of and we are in constant contact with him and despite everything he is doing well and is awake and alert.

‘The national and local police have collaborated together remarkably to neutralize the situation and to secure the church of Saint Pierre d’Arène as quickly as possible.’

President Macron, who was visiting polling stations in northern France at the time is widely expected to win Sunday’s run-off against far-right candidate Marine Le Pen – although low levels of voter turnout could produce an upset.

More than a quarter of French voters (28%) have stayed home, according to projections based on initial voting, the lowest figure in 15 years.

A victory would make the centrist France’s first president in 20 years to be re-elected for a second term.