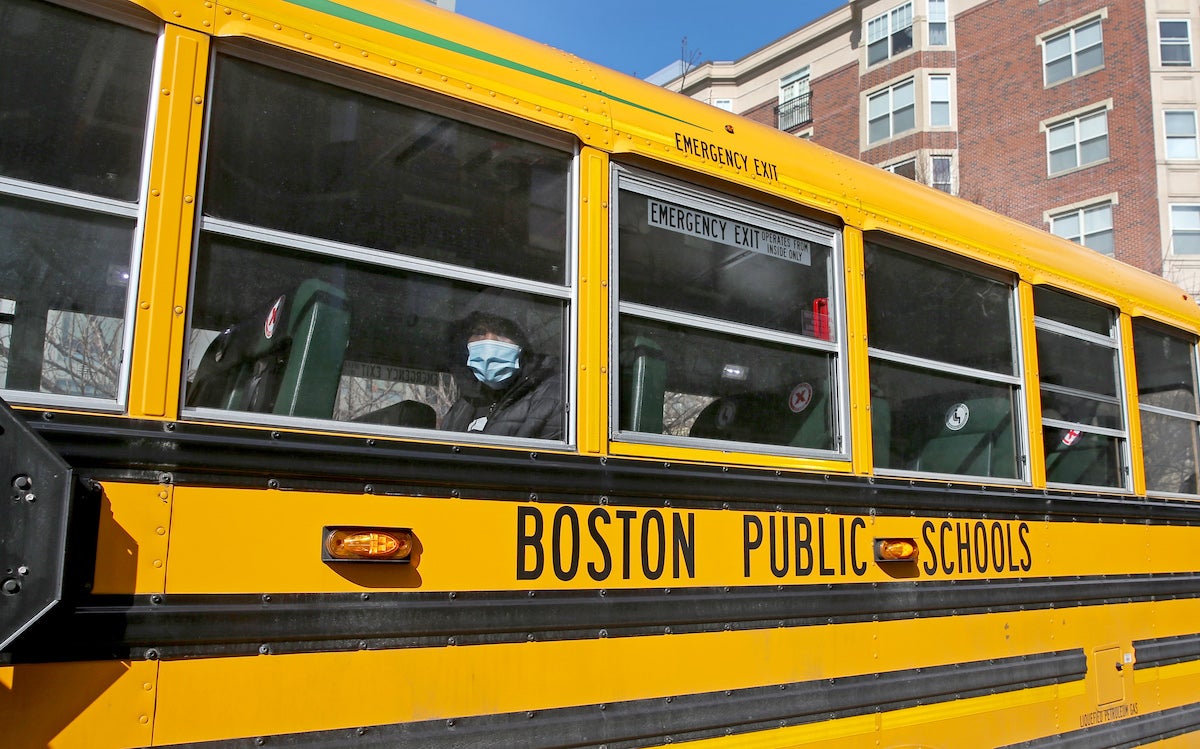 Mayor Michelle Wu and the city’s top school officials are disappointed with the state’s latest proposal for an improvement plan for Boston Public Schools, as City Hall and state regulators try to negotiate an agreement and thwart a potential state takeover of the district.

“We are disappointed that DESE’s proposed structure for the Systemic Improvement Plan and the limited commitments expressed in your separate letter do not reflect the partnership we had proposed, and which we believe would best support our students,” the trio of officials wrote.

“We will reach out to schedule a meeting later this week in hopes of narrowing the issues on the table and reaching agreement,” they added.

DESE and the city have offered differing plans for how BPS should move forward in the wake of a state report last month that raised significant concerns about the district’s ability to perform basic functions, such as providing reliable student transportation and adequate bathrooms.

The findings have raised the question whether the state will seek to takeover BPS, the largest school system in the state, although Wu and many other local officials have strongly opposed the option.

Instead, Wu’s administration has sought to broker an improvement plan with DESE — an avenue Riley has expressed interest in pursuing.

Still, initial plans from each side have varied, with the city seeking $10 million and technical assistance from the state to follow through on the immediate changes the city proposed, including a “deep redesign” of the district’s special education services, an audit of student and staff safety, reforms to the transportation system, and adding the finishing touches on a strategic plan for multilingual learners.

The state’s initial plan, meanwhile, sets over a dozen deadlines for BPS in a variety of areas, from student safety and transportation to facilities, special education, English learner programs, and others — some on a shorter time frame than what the city envisioned.

However, the latest state proposal, city officials say, appears to widen the gap of differences between the two plans.

Wu, in a statement on Wednesday, said negotiators have “been working diligently over the last few weeks on specific details and had been making progress towards an agreement,” according to The Boston Globe.

“It’s disappointing that the Commissioner’s latest response seems to backtrack and take us further apart, because we’re ready to focus on the work ahead,” Wu said.

The Boston Herald reports the city responded to the state’s initial plan with a proposal with deadlines and other changes requiring state support.

The latest DESE report, which the city received last Friday, grants the city more say in which auditors are hired and extends some deadlines, according to the Herald, which obtained a copy of the draft. The state has also offered up the requested $10 million, with a stipulation that some of that cash be used to meet certain goals outlined by DESE, including paying for a DESE-hired auditor.

But there are other amendments that move in the opposite direction, such as a requirement for a DESE staff member to oversee BPS data collection.

In their letter, Wu, Robinson, and Cassellius underscored the city and BPS have already agreed to hire an independent data auditor to be approved by DESE and have agreed to provide workspace for said auditor.

“We believe this meets and exceeds DESE’s stated goal of third-party access and stakeholder confidence without imposing a version of top-down control that would constitute a form of receivership,” the letter reads.

City and BPS officials have also committed to at least five deadlines in August and September, but DESE “continues to insist on additional accelerated timelines for other elements of the plan.”

“Several would require the District to execute rushed and flawed processes that would also limit the opportunity for community and family engagement,” the letter states. “With a new Superintendent coming on board, we must set urgent and actionable work plans that set the district up for success, rather than impose unrealistic deadlines that do not support systemic reform.”

Notably, the letter also states that officials have made some headway on agreements, as the city and BPS “have accepted nearly all of the commitments contained in your original May 20 proposal across all eight scopes proposed by DESE,” the officials wrote to Riley.

But to reach agreement, there still needs to be conversation around timelines, the data auditor, and the overall structure of the improvement plan, they wrote.