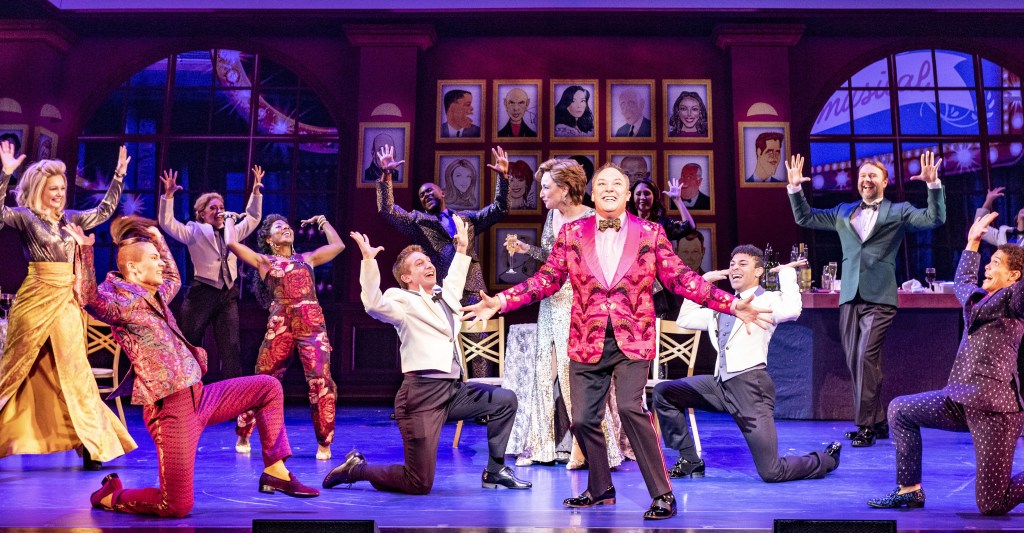 There a lot of great live shows shows to see in the Bay Area this weekend. Here’s a partial rundown.

Circus Bella: The Bay Area troupe is presenting its unique take on the one-ring circus format with the touring 60-minute show “Flip*Flop*Fly.” This weekend, you have two chances to catch the talented group of aerialists, juggler, acrobats and clowns, who perform as part of the Yerba Buena Arts Festival.

“Wives”: Jaclyn Backhaus (“Men in Boats”) swipes at patriarchy, colonialism, imperialism, and other historically etched crimes of male badness in this wild, “feverish feminist comedy” (as the New York Times puts it) getting its West Coast premiere this week at Aurora Theatre in Berkeley.

The show sets the stage for the wives, mistresses, witches and other female associates of Earnest Hemingway, the16th-century French monarch Henri II, and a maharaja in the waning days of British rule in India (not to mention a witches’ club at Oxford University) to espouse on the famous men with whom they will for eternity be associated, and to sometimes spar with each other. (And we won’t get into what they do to Hemingway’s large mounted trophy fish).

SPARC Theatre: Shakespeare and Performing Arts Regional Company is launching its annual Shakespeare in the Vineyard (formerly the Livermore Shakespeare Festival), with the riotous Hitchcock spoof “The 39 Steps” (June 23-July 10). Other shows in the season include the comedic musical revue “Life is a Cabernet” (June 27-July 31) and the Bard’s “The Comedy of Errors” (July 15-Aug. 7).

“The Prom”: It certainly makes sense that this hit Broadway musical about four theater stars who lend their support to a lesbian who has been banned from attending her prom (sadly, it’s based on a true story) opens during Pride month in San Francisco. The feel-good show, with music by Matthew Sklar, lyrics by Chad Beguelin, and a book by Bob Martin and Beguelin, just opened a monthlong run at the Golden Gate Theatre in San Francisco.

An up-and-coming Australian pop band and a Broadway star’s solo show are in the offing this week. Here’s a look.

A show of Haiku Hands: Sisters Claire and Mie Nakazawa and musician Beatrice Lewis kept running into each other on the Australian music festival circuit and finally decided to join forces  The result is Haiku Hands, a much buzzed-about, high-energy pop/EDM trio from Down Under that is drawing comparisons to everyone from Charli XCX to the Beastie Boys. Acting as something of an artists’ collective with frequent collaborations with Aussie musicians, performers and artists, Haiku Hands has a self-titled album and several singles under its belt — including the bopping, recently released track “Bye Bye.” The up and coming trio brings its U.S. tour to Rickshaw Stop in San Francisco on June 28.

Laura Benanti: The actor was seemingly destined for a life on stage. Born in New York to showbiz parents, Benanti made her Broadway debut in “The Sound of Music” at age 18. She’s since starred in “Gypsy” and “Women on the Verge of a Nervous Breakdown,” and has appeared on TV’s “Supergirl.” She comes to the Lesher Center in Walnut Creek Saturday for a night of showtunes and stories about life on the stage.

Brit couple, 27 & 29, fighting for life after crash on ‘holiday of a lifetime’, as pals fight to raise money for surgery