Learning Latin dances like the salsa, samba and merengue can help improve your memory, study finds 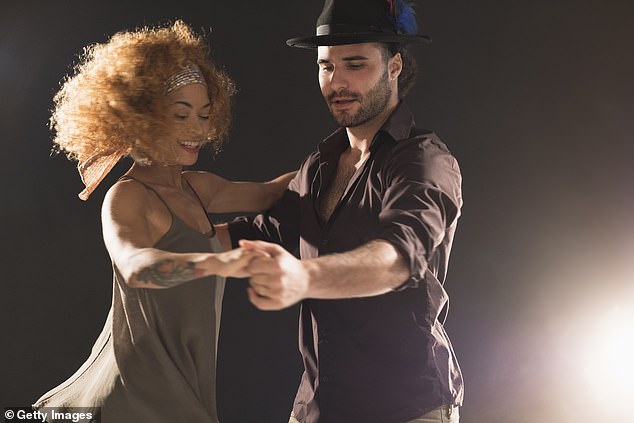 Latin dance classes may not just be fun, but they can also help an elderly or middle-aged person maintain their brain health later in life, a new study finds.

Researchers at the University of Illinois and Indiana University found that regular dance classes in the salsa, samba and merengue helped improve a person’s working memory – short term memory that is kept in the background of a person’s mind while they are completing other courses.

The fun, engaging, exercise not only works out the brain, but the body as a whole – which is linked to better cognitive health overall.

Medical experts have long-known that increased physical activity can have great benefits for the brain in older age, and the research team is hopeful that a fun exercise like dancing will be more attractive to some than jogging or other standard workouts.

Researchers, who published their findings earlier this year in the Frontiers in Aging Neuroscience, gathered data from over 300 Spanish speakers in the Chicago, Illinois-area over the course of four years.

Participants were split into two groups, one was sent to twice-weekly dance classes for eight months. For the first half of this period, the participants were instructed by a professional.

The other group attended four months worth of weekly health education classes.

After the first four months, participants were given cognitive tests to gauge their cognitive health and memory skills.

Both groups of participants had similar results at the halfway point, though that would chance by the eight month mark – where the dance group was starting to distance itself.

The participants who took part in the dance classes also reported feeling better overall, managing chronic diseases better and they even said they could make friends easier.

Researchers said that for this group of Latinos in particular, the Latin dances were great for their health because of how engaging they were.

‘For older Latinos, the thought of promoting dance as exercise is very appealing, given that older Latinos are familiar with dance in some way,’ Dr Susan Aguinaga, a kinesiology professor at Illinois and lead study author, told UPI.

‘They’ve grown up with it, maybe they’ve danced in the past and it’s something that they enjoy.’

The researchers are hopeful that these results are replicable outside of the Latino community, though. 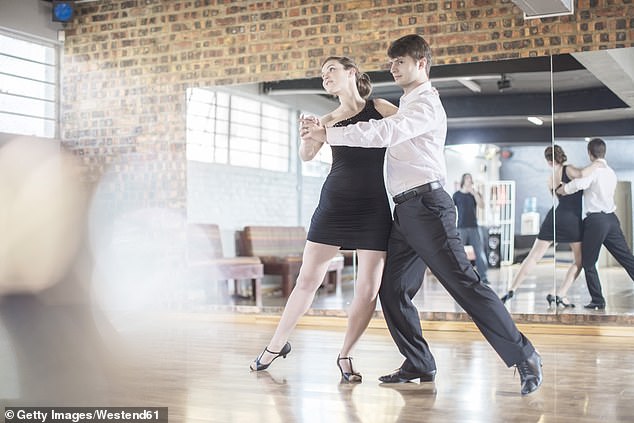 Researchers say that Latinos in particular benefited from the dance because it is more engaging for them, but they believe the results can be replicated across ethnic backgrounds (file photo)

‘It’s an appealing type of physical activity that they want to continue engaging with,’ Aguinaga said.

‘In general, populations have a hard time maintaining their physical activity levels, but when it’s an activity that they actually enjoy, then they will be more likely to maintain that activity for longer periods of time.

There have long been links between regular exercise and the slowing down of cognitive decline.

The Mayo Clinic, in Rochester, Minnesota, writes that people who are physically active are less likely to experience a decline in mental functioning.

As a result, they are also less likely to suffer from Alzheimer’s, a devastating condition that affects over six million Americans.

The exact mechanism that links physical activity to cognitive ability has not yet been pinpointed by medical experts.

How to relieve stress and anxiety with somatic movement

15,000 Minnesota nurses vote Wednesday on whether to strike for second time – Twin…

15,000 Minnesota nurses vote Wednesday on whether to strike…

Collin Gosselin Opens Up On How ‘Jon & Kate Plus…