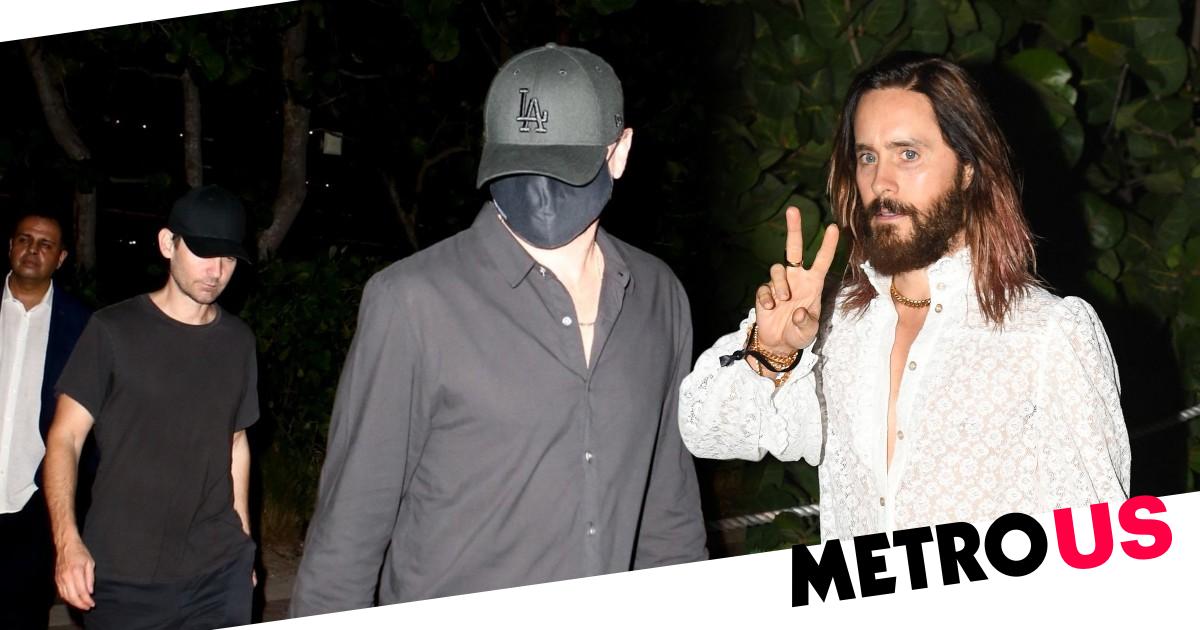 Leonardo DiCaprio, Tobey Maguire, and Jared Leto are among those who were spotted partying it up at a star-studded bash in Miami Beach.

The stars rocked up to Art Basel Soho beach house, with Titanic star Leo, 48, who has recently been getting to know model Gigi Hadid, keeping it low key in a black shirt and jeans, with a mask over his face.

He was joined by close pal, Spider-Man star Tobey, 47, who also opted for all-black and a baseball cap to keep things low key.

Morbius star Jared, 50, went a little more stylish for the event, looking as glam as ever.

He rocked a white button-up shirt, trousers, and Gucci loafers for the outing, accessorising with gold jewellry and his long hair down.

Jared seemed to be in good spirits, giving a thumbs up and peace sign to the cameras as he enjoyed the night out.

The stars made their way across the beach on walkway mats to keep the sand out of their shoes as they attended the event for CORE (Community Organized Relief Effort), a crisis response organisation.

Leo and Tobey have been friends for years, with the Titanic actor previously telling Esquire of their first meeting: ‘I literally jumped out of the car.

In recent weeks, it’s been reported that the actor is growing close to model Gigi after news of his split from Camila Morrone emerged.

‘She is the type of woman he is usually attracted to,’ an insider suggested. ‘A smart and successful girl like Gigi would intrigue Leo.’

However, the source explained that they are in no rush to put a label on their bond, and things are not that serious just yet.

Another insider also suggested to People Magazine that he could find his way back to his ex-girlfriend, who he dated for around five years.

The rumored love birds were spotted looking close together during New York Fashion Week, but have yet to address the claims publicly.


MORE : Leonardo DiCaprio heaps praise on Chester Zoo after fish species is ‘resurrected’ on Day of the Dead