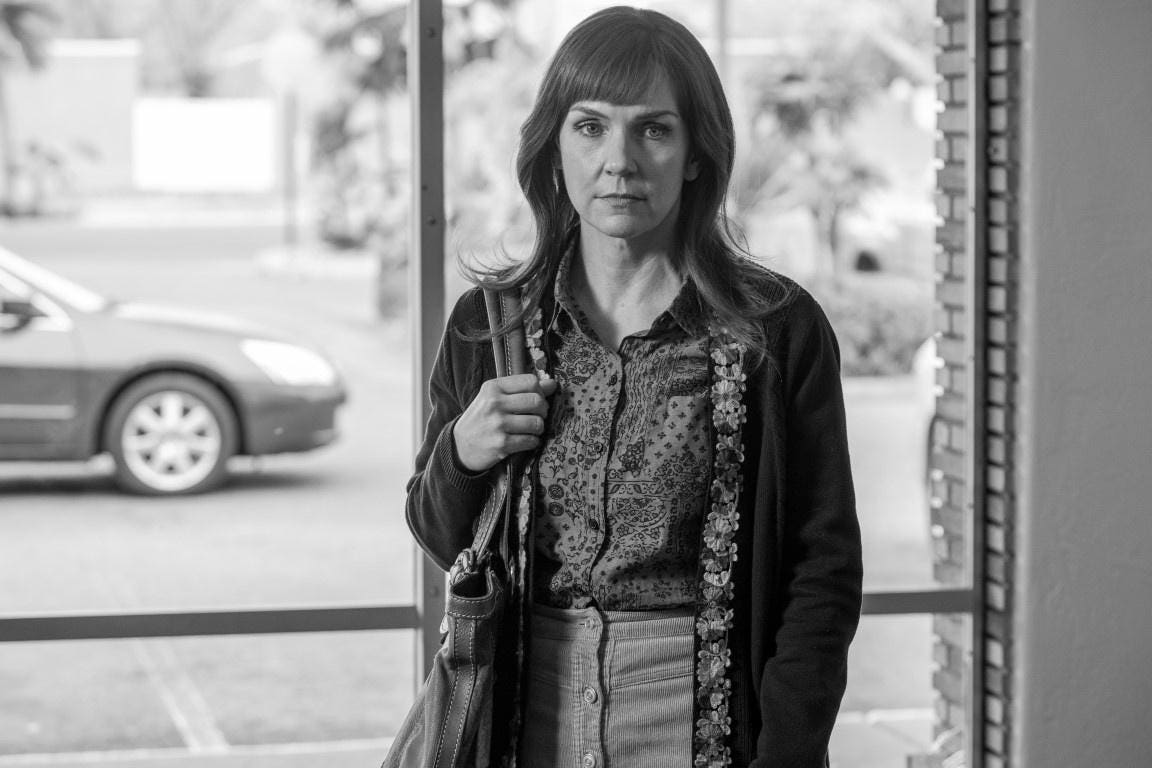 When I started watching Better Call Saul way back when, in the Before Times, in the year of our lord 2015, I had no idea what to expect. None of us did.

The show was originally planned to be a dark comedy with shorter episodes that each had self-contained ‘case of the week’ type plots. That was quickly ditched in favor of something a lot closer to Breaking Bad’s format: A careful, complex character examination of its titular character, Saul Goodman.

Of course, Saul Goodman began this journey as Jimmy McGill and the first act of the show centered around Jimmy (Bob Odenkirk) and his brother Chuck (Michael McKean) and their fractious relationship. Chuck, a brilliant and successful attorney and partner at HHM, suffered from electromagnetic hypersensitivity (or at least a mental condition that made him believe he had EHS) and Jimmy did his best to care for his older brother.

But Chuck resented and mistrusted Jimmy, and their relationship deteriorated as Jimmy attempted to pursue his career as an attorney, something Chuck believed Jimmy wasn’t cut out for due to his loose attachment to the truth and history of unethical behavior. In retrospect, of course, Chuck was right about everything. Jimmy, despite doing some good, eventually became Saul Goodman, and transformed into the crooked lawyer we met in Breaking Bad.

As Gene—in the black and white segments of Better Call Saul—Jimmy falls even further from grace. In the latest episode, he threatened an elderly woman with physical violence when she told him she was calling the police. Two weeks ago we discovered, in a flashback between Saul and Mike (Jonathan Banks) that in many ways, Saul was the one who helped Walter White (Bryan Cranston) ascend to the villainous Heisenberg he became in the end. Mike told him that Walt was bad news and to not go anywhere near him, but Saul didn’t listen. The rest is history.

There aren’t many truly good people in these shows, and even the characters with strong moral centers often lack conviction or are manipulated into committing terrible acts—Jesse (Aaron Paul) chief among them.

Greed and self-interest—and even love—have a corrupting influence even on the most well-intentioned characters. In Breaking Bad, Skyler White (Anna Gunn) becomes involved in her husband’s crimes when her brother-in-law Hank (Dean Norris) is shot and his insurance won’t cover the best treatment options. It’s an interesting parallel to Walt’s own decision to start cooking meth to pay his own bills and provide a nest egg for his family for when he inevitably dies.

All of which brings us to Kim Wexler and Rhea Seehorn. Seehorn’s performance as Kim has been nothing short of phenomenal. While we have plenty of praise to spread around between all the supporting cast of the show—and its star, of course—Rhea’s portrayal of Kim has been a surprise treat. Her performance in last week’s gut-wrenching episode was nothing short of award-worthy.

When we first met Kim way back in Season 1, it wasn’t clear just what a prominent role she would play over the course of the entire series. Only Jimmy has played a more central part in this tragic comedy (comic tragedy?)

Better Call Saul’s first Act centered largely around Jimmy and Chuck’s relationship and the conflict that grew between them as Jimmy attempted to make a name for himself as an attorney. These were the Prodigal Son days, and the brothers’ story largely mirrored that biblical tale. Kim’s role in this story grew naturally. Just like the odd romantic relationship that grew between them, Kim’s part in Jimmy’s story was subtle at first.

The second Act of Better Call Saul began when Chuck died and Jimmy donned his new identity: Saul Goodman. This story largely centered on Saul’s increasing involvement in organized crime, in some ways following Mike as he began working with Gus (Giancarlo Esposito) and Nacho (Michael Mando). As Saul’s involvement with the cartel deepened, Kim acted as something of a moral center—an anchor that Jimmy could cling to when he lost his way.

The third, and final, Act of the show began—in my opinion—when Kim decided to abandon her scruples and convinced Jimmy to help her destroy Howard Hamlin (Patrick Fabian) who became, over time, a surprisingly sympathetic character. (In fact, Hamlin and his colleagues Clifford Main (Ed Begley Jr.) and Rich Schweikart (Dennis Boutsikaris) all represent centers of morality and ethics in the show, which is one reason why Kim’s plan is so disturbing).

This final act encompasses the plot against Howard, the sudden murder of Howard by Lalo (Tony Dalton) and the transformation of Saul into Saul 2.0 when Kim leaves, as well as all the post-Breaking Bad stuff in black and white. That’s a long span of chronological time in the show’s fiction, but in terms of the story structure, I believe it’s all part of the same ‘Act’.

In any case, Kim’s arc here may not yet be over—we have one more episode to go—but her actions in ‘Waterworks’ cement her as one of the most important and dynamic characters in Better Call Saul. While Saul runs headlong from any shot at redemption, Kim confesses to her crimes and sets the record straight about Howard. While Saul digs himself an even deeper hole, very nearly murdering two different characters in his attempts to evade capture, Kim weeps on the shuttle bus, remorse and regret finally overtaking her and finally—after six seasons—cracking that placid, stony expression she’s worn for so long. Her armor finally broken, she sobs among strangers. When the waterworks begin, there’s no holding them back.

The creators and writers of Better Call Saul could very easily have taken an easier and more predictable route with Kim’s character. She could have been Jimmy’s anchor and moral center throughout the entire show’s run, the Yin to his Yang. She could have been a truly good person unfettered by ethical quandaries, there only to serve as a foil for Jimmy.

Instead, she became another corrupting influence on him—perhaps the most damning one of them all—pushing him to participate in a scam he didn’t want to be a part of in the first place and then leaving him when it all went horribly sideway. I don’t think Kim would have left Jimmy if it was just a scam he was involved in. She only left because of her own guilt and culpability. She couldn’t face herself, and every time she looked at Jimmy her own actions were reflected back at her. It was too much to bear.

Her leaving was too much for Jimmy to bear. Losing Chuck was bad enough. Losing Kim was the final straw.

Making Kim a partner in crime also gave the show room to contrast the two in these final episodes. Kim’s fall from grace was, in many respects, much worse than Jimmy’s. He’d always played fast and loose with the law. But Kim had been by the book, a moral and upstanding citizen and a damn fine attorney. Her fall was from a much higher perch, and her betrayal of her profession far more profound. It’s only fitting that she would someday find herself incapable of living with what she’d done and the tragedy she unwittingly played a part in. Kim’s remorse is a stark contrast to Jimmy’s denial.

1) Will Saul Goodman get caught and have his day in court?

2) Willy Jimmy McGill finally own his mistakes and feel remorse for his actions?

No matter what, I believe Gene Takovics days are numbered.

Kudos to both Rhea Seehorn and Bob Odenkirk for their remarkable performances. As much as I loved the Walt/Jesse duo, there’s something even more fascinating about this pair and their strange path toward the Dark Side.