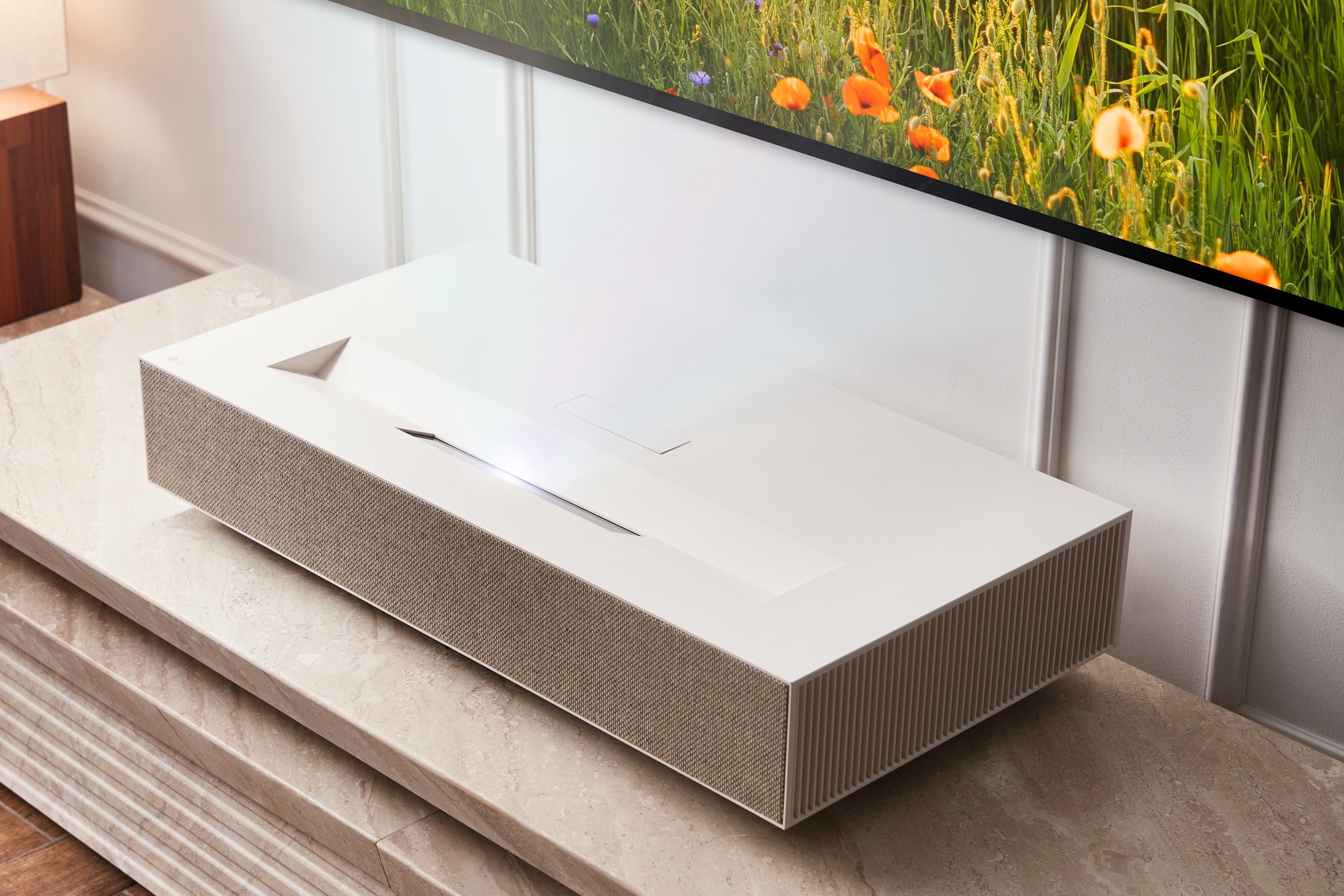 LG’s new flagship ultra-short-throw (UST) 4K laser projector, the CineBeam HU915QE, sets some impressive new benchmarks, with 3,700 lumens of claimed brightness, and the ability to be placed as close as 2.2 inches away from a wall. At that distance, it can create a 90-inch image, but if you move it just a little farther away, to a distance of 7.2 inches, that image size can increase to a massive 120 inches. We’re still waiting to hear how much LG wants for the HU915QE, but the company says it will be available to order before the end of June 2022.

UST projectors are the perfect solution for those who crave super-large image sizes for their movies, sports, and games, and who don’t want to contend with a projector in the middle of their room or suspended from their ceiling. LG is no stranger to laser-driven UST projectors and has produced several models over the past few years. The HU915QE is the second and most advanced LG UST projector to be announced in 2022 — it follows the the previously released CineBeam HU715Q, which only delivers 2,500 lumens.

Among the HU915QE’s list of noteworthy features is a triple-laser system that uses and independent light source for each primary (RGB) color, something that helps the projector achieve its high brightness numbers and a 2,000,000:1 contrast ratio. LG claims that the HU915QE will offer more vivid imagery during daylight conditions than the HU715Q.

The CineBeam supports 4K HDR, and has several built-in technologies to optimize the image you see, including HDR dynamic tone mapping, which evaluates and adjusts the brightness of each frame of video, a brightness optimizer that calibrates brightness based on the ambient lighting conditions in the room, and an adaptive contrast system that makes scene-by-scene contrast adjustments.

The HU915QE is equipped with three HDMI inputs and includes support for HDMI eARC, but LG hasn’t mentioned any advanced HDMI 2.1 features that will appeal to gamers, like variable refresh rate (VRR), auto low-latency mode (ALLM), or 4K gaming at 120Hz.

The projector is also a smart TV, powered by LG’s webOS software, which has a number of embedded streaming services like Netflix, Amazon Prime Video, Disney+, YouTube, and Apple TV. It also provides support for screen mirroring, Apple AirPlay 2, and Bluetooth connections.

In terms of audio, the CineBeam possesses a built-in 2.2 channel, 40-watt speaker system, which can be further expanded through the use of two LG Bluetooth speakers, but LG hasn’t listed support for Dolby Atmos, which suggests you may need a Dolby Atmos-capable A/V receiver, or a Dolby Atmos-capable soundbar that has an HDMI input for 4K/HDR passthrough to the projector.