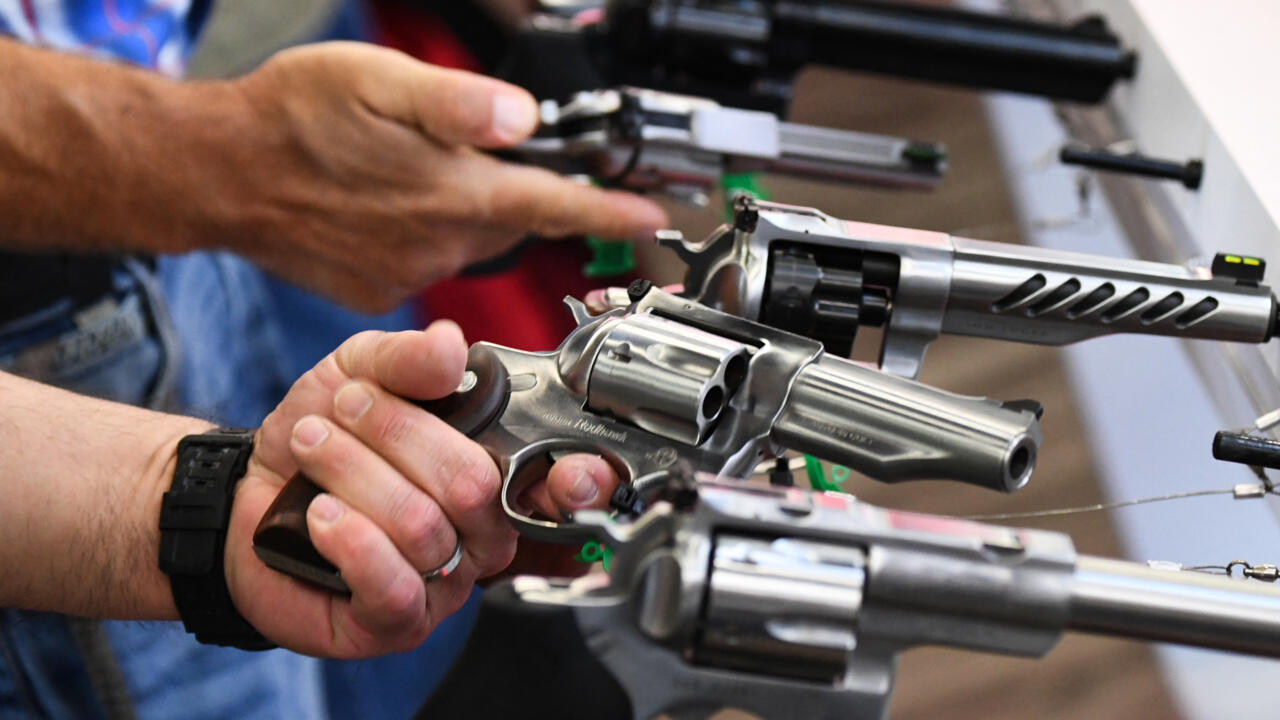 California’s governor condemned as “reckless” Thursday’s Supreme Court ruling that could have a dramatic impact on half a dozen US states with strict gun carry laws.

Gavin Newsom, who oversees the most populous state in the union, and one with some of the most restrictive rules on firearms, said the 6-3 decision by the right-leaning court “erases a commonsense gun safety law.”

But he vowed the progressive state would push on with making new gun laws.

“Our state is ready with a bill that will be heard next week to update and strengthen our public-carry law and make it consistent with the Supreme Court ruling,” he said.

“Next week, I will have 16 new gun safety bills on my desk, including a bill that will allow individuals to sue gun makers and distributors for violating certain gun laws. I look forward to signing all of those bills.”

A dark day in America.

This is a dangerous decision from a court hell bent on pushing a radical ideological agenda and infringing on the rights of states to protect our citizens from being gunned down in our streets, schools, and churches.


Thursday’s ruling strikes down a century-old New York law that required a person to prove they had a legitimate self-defense need, or “proper cause,” in order to receive a gun permit.

Dozens of states already allow the almost unfettered carrying of weapons in public, but six Democratic-run states retain a high degree of control over who gets a permit. The court’s ruling will curb their ability to restrict people from carrying guns in public.

Alongside New York and California, the states of Hawaii, Maryland, Massachusetts, and New Jersey all require “proper cause” permits, as does the District of Columbia.

The exact rules and how they are enforced vary by county in California because permits are issued by the local sheriff or police department, who have latitude to interpret “proper cause.”

In Republican-run counties in rural parts of the state, there may be a presumption towards issuing a permit, provided the applicant takes a gun safety class and does not have a criminal record.

But in liberal-run cities like San Francisco guidelines show the sheriff will only issue a permit to someone at specific and “significant risk of danger to life” that cannot be mitigated by law enforcement officers.

Applicants must also prove they are of “good moral character,” with no history of arrest or “moral turpitude.”

The Supreme Court ruling does not immediately remove policies like this, but it opens the door to legal challenges that could reverse them.

New York City’s police commissioner, Keechant Sewell, said the ruling did not change the facts on the ground, for now at least.

“If you carry a gun illegally in New York City, you will be arrested,” she said.

In light of today’s reckless Supreme Court decision, I convened mayors of our six largest cities to discuss policy options.

Mayors are critical partners in the fight against gun violence. We’re exploring every option & will keep doing everything we can to protect New Yorkers. pic.twitter.com/2P6tLlzVDP


Manhattan district attorney Alvin Bragg said he had been readying for this decision.

“At this very moment, my office is analyzing this ruling and crafting gun safety legislation that will take the strongest steps possible to mitigate the damage done today,” he said.

“We will examine today’s ruling to determine its impact in our state, and we will continue to fight to protect the safety of Marylanders.”

His opposite number in Massachusetts, Maura Healey said she stood by “our common sense gun laws, and will continue to vigorously defend and enforce them.”

Healey was one of 20 attorneys general who last year enjoined the Supreme Court to confirm that the Second Amendment does not prevent local jurisdictions from making their own rules.

“A one-size-fits-all approach to regulating public carry would take away the ability of state and local officials to address the particular public safety needs of their residents,” a statement said at the time.

“Although the majority’s ruling impacts our century-old justifiable need requirement for carrying firearms, it does not change any other aspect of New Jersey’s public carry law, ” he said in a statement.

“To be clear: Carrying a handgun without a permit is still illegal in this state.

“We will continue to enforce our strict, common sense gun laws that have become a model for states seeking to address the epidemic of gun violence.”

Review: From the McPlant to Burger King’s Vegan Royale – the best plant-based burgers