Life in one of Chile’s industrialised ‘sacrifice’ zones 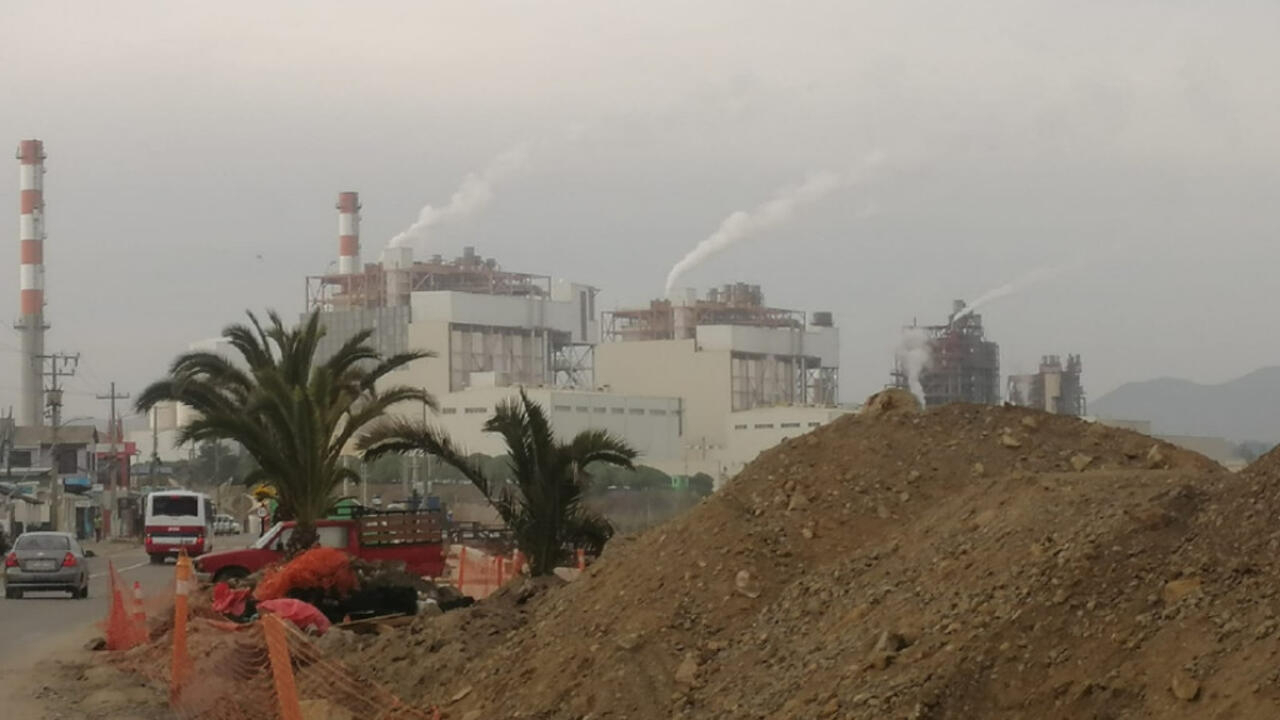 Hundreds of people, many of them children, have been exposed to toxic pollution since the beginning of June in the Chilean cities of Quintero and Puchuncaví. With widespread pollution from heavy industry and harmful cases of contamination in the past, the region is considered a “sacrifice zone” of the country. The FRANCE 24 Observers team spoke to a local teacher who condemned the growth of industry “at the expense of the health” of residents.

At least 105 people, many of them children, sought treatment for poisoning between June 6 and 8 in Quintero and Puchuncaví, two towns located around a hundred kilometres from the Chilean capital, Santiago. The victims presented symptoms such as dizziness, headaches, respiratory problems, tingling in the eyes, nausea and more – due to peak levels of sulfur dioxide in the area on the morning of June 6.

Those impacted by the pollution were treated in medical centres while local schools were closed for several days. “For children, it was a double punishment: they were poisoned and deprived of their education,” said Manuel Pizarro Pérez, Quintero resident and director of the NGO Red Infancia Chile (“Childhood Network Chile”).


Gas was visible at a factory operating near Quintero and Puchuncaví.

A week later, more cases of poisoning were reported in Quintero. On June 15, the mayor reported that around 265 children had been admitted to the hospital. One day later, the press reported an additional 20 cases.

Past cases of poisoning from pollution

Problems like these have been recurrent in the area, inhabited by around 50,000 people. In 2018, more than 1,700 people experienced symptoms of poisoning. In 2011, around 30 children fell ill.

Residents point to pollution from a local industrial park that was developed by the state in the 1950s. The park now contains coal-fired power plants, copper and oil refineries and chemical plants. Greenpeace even nicknamed the site the “Chilean Chernobyl”.

The area is one of Chile’s five “sacrifice zones”, due to heavy industrialisation and pollution.

Still, Chile’s superintendent for the environment said on June 8 that it was “not yet possible to determine” the precise origin of the pollution peak on June 6. However, authorities ordered eight local companies to take temporary measures to reduce pollution. None of these companies gave an explanation for the spike.

Gladys Olivares, 56 years old, is a teacher at La Greda school in Puchuncaví, where she has lived for the past 24 years.

Monday, June 6, a dozen of my students started to feel sick in class. They had headaches, stomach aches and dizziness. I myself had a headache. I told the principal, but the students weren’t taken to the emergency room, but it could only handle the most serious cases. In the end, the school was closed for three days.

In 2011, there had already been cases of poisoning at the school. Children had felt ill and a colleague of mine fainted. As for me, my heart was beating so fast that I thought it was going to stop and that I wouldn’t be able to breathe. The pollution problem in our area was publicised for the first time. The school was closed for two or three months, then we had to have classes in shipping containers. After two or three years, the school reopened a few kilometres away. At that time, blood tests showed traces of pollution in the children’s bodies.

Since the school was moved, we don’t get as much coal dust, but it’s still there. Plus, the ground in the year is dirt, so when the students play, the dirt rises up. That’s problematic because it contains heavy metals and coal.

The students here have a lot of headaches but they’re used to it. They only talk about it if they feel really bad or, for example, if they vomit. On the other hand, some of them have cognitive problems such as intellectual deficiencies or learning disabilities. This is related to the pollution.

As for adults, many suffer from high blood pressure. I do, and plus I have kidney problems, chronic rhinitis, allergies, and I had to have an ovary and a tube removed because I had a lump. One of my colleagues died of cancer at age 54 in December. In 2011, when we did the analyses, she had less heavy metal in her blood than I did. We are resigned, we know we’ll die of cancer. Here, the industries make money at the expense of our health.

‘I am determined to make my students aware that they have the right to health and education, and to be able to live in an unpolluted environment’

Moving is complicated because I have lived here for a long time. It took me years to get a house, and anyway the heavy metals are already in my body. Plus, I am determined to make my students aware that they have the right to health and education, and to be able to live in an unpolluted environment. I actually have a former student who is studying law, to advocate for that.

I feel like the industries will never close. On the other hand, at the school level, we should at least change the ground in our field. And we should organise medical monitoring for the children.

For years, residents and local authorities have been denouncing the pollution in the area, and the lack of government action to reduce it.


“Workers in the municipality of Quintero [are protesting] because of the latest pollution incidents.”

Chilean President Gabriel Boric announced on the evening of June 17 that the Ventanas factory, belonging to public company Codelco, would be gradually closed due to recurrent pollution problems. The factory is one of those operating near Quintero and Puchuncaví.

Switzerland on the VERY cheap: Inside the Zurich capsule hotel with £41-a-night plywood-box rooms

Beauty buys that give back to charities and social causes