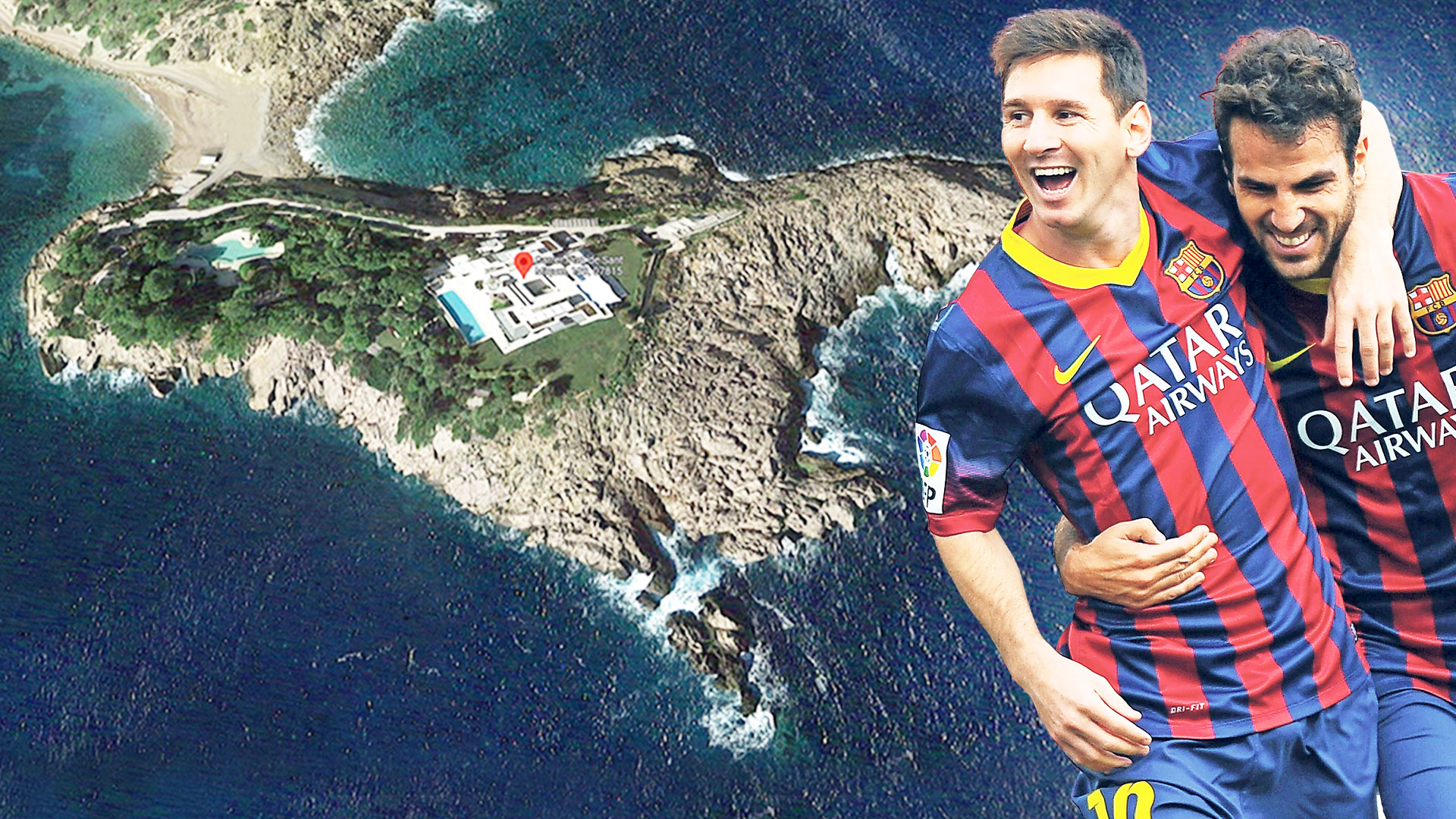 LIONEL MESSI and Cesc Fabregas are currently relaxing on an incredible private island in Ibiza as they enjoy a summer holiday with their families.

The two footballers remain close friends having grown up together as part of Barcelona’s youth set-up.

They then also went on to play alongside one another in the Catalan giants’ first team between 2011 and 2014.

And while Fabregas is now a free agent and Messi is at Paris Saint-Germain, they have still found the time to vacation together in Spain.

Messi and Fabregas are staying with their families in a £260,000 per week house-share.

AS are reporting that it has six bedrooms, a gym, a 20-metre swimming pool and 22 staff members to help with anything they may require.

They also have at their disposal a £8,600-a-day yacht named Shalimar II.

The vessel is kitted out with luxury sofas, four cabins and a plush VIP suite.

And Fabregas has also brought his wife Daniella Semaan and their three kids – Lia, Capri and Leonardo.

The pair are hot off the heels of attending ex-Barcelona teammate Jordi Alba’s wedding in Seville at the weekend.

Messi is enjoying some down time after his first ever campaign away from Barcelona – netting 11 goals and providing 15 assists in 34 appearances for PSG.

Meanwhile, Fabregas was recently released by Monaco but intends to continue playing despite having turned 35 last month.

“Nothing is decided, I am listening. I am open to everything. Maybe the level of club will have to drop, but there are teams of a lower level in the Champions League.

“One thing is clear. I’ll go to a club where I’ll play, where they believe in me.”

I fled the Rwandan genocide – now I fight for refugee…

Medium-quality game, The Medium, getting turned into…