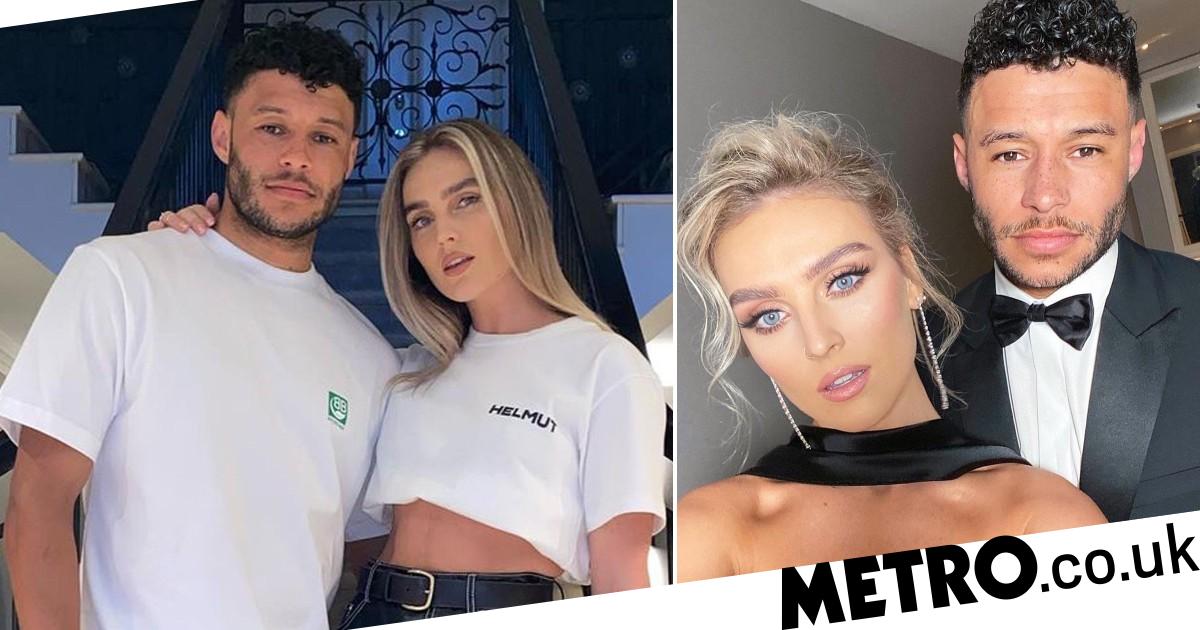 The couple, who share nine-month-old son Axel, have been together since 2016 and are as head-over-heels for each other as ever.

They welcomed baby Axel in August 2021, five years after they first met.

Perrie has now shared the joyous news that she is engaged to the ‘love of my life,’ as Alex got down on one knee to ask the big question.

Taking to Instagram, the singer wrote: ‘Last night the love of my life got down on one knee and I said… YES!’

Along with the brilliant news, Perrie shared a series of photographs that were taken on Friday evening, with the sun setting and the sea sparkling in the background.

They show Alex on one knee, a ring in his hand, as an overjoyed Perrie watches on.

The star brings her hands to her face in joy and disbelief, before the next snap sees Alex placing the ring on her finger.

The final photograph shows the gorgeous ring in all its glory, glowing on Perrie’s hand.

Perrie and Alex have been inundated with well-wishes from famous friends and fans, with hundreds of thousands of people liking the post on Instagram.

Little Mix bandmate Jade Thirlwall was clearly overcome with joy, commenting crying emoji and a red heart, while Leigh Anne Pinnock – who is engaged to footballer Andre Gray – wrote: ‘Best news! So happy for you both 😍😍❤️❤️’.

The girl band’s hair stylist Aaron Carlo also joked that it was ‘about time’ while Danielle Peazer – a personal trainer who is said to have reconnected with ex Liam Payne – wrote: ‘Yaaaaasssss 🙌🏼❤️’.

In March, Alex paid a gorgeous tribute to his future wife for her first Mother’s Day as he posted a black-and-white photo of her and her son.

Describing her as ‘the best mum,’ Alex wrote alongside the post: ‘The first one is always special… Happy Mother’s Day to the best mum my lil man could ever have wished for!’

Perrie’s final show with Little Mix took place in London earlier this month, with the band taking an indefinite hiatus to focus on both family and solo careers.

It means there’s plenty of time and space to plan for the wedding – which is pretty much guaranteed to feature a Little Mix reunion.

Perrie was previously engaged to One Direction star Zayn Malik, after the pair met when she was an X Factor contestant in 2011.

The pair dated for four years, becoming engaged in 2013, but separated in August 2015, with Zayn moving on with model Gigi Hadid.


MORE : Perrie Edwards teases U-turn on Little Mix hiatus during final shows: ‘Shall we just call it off?’