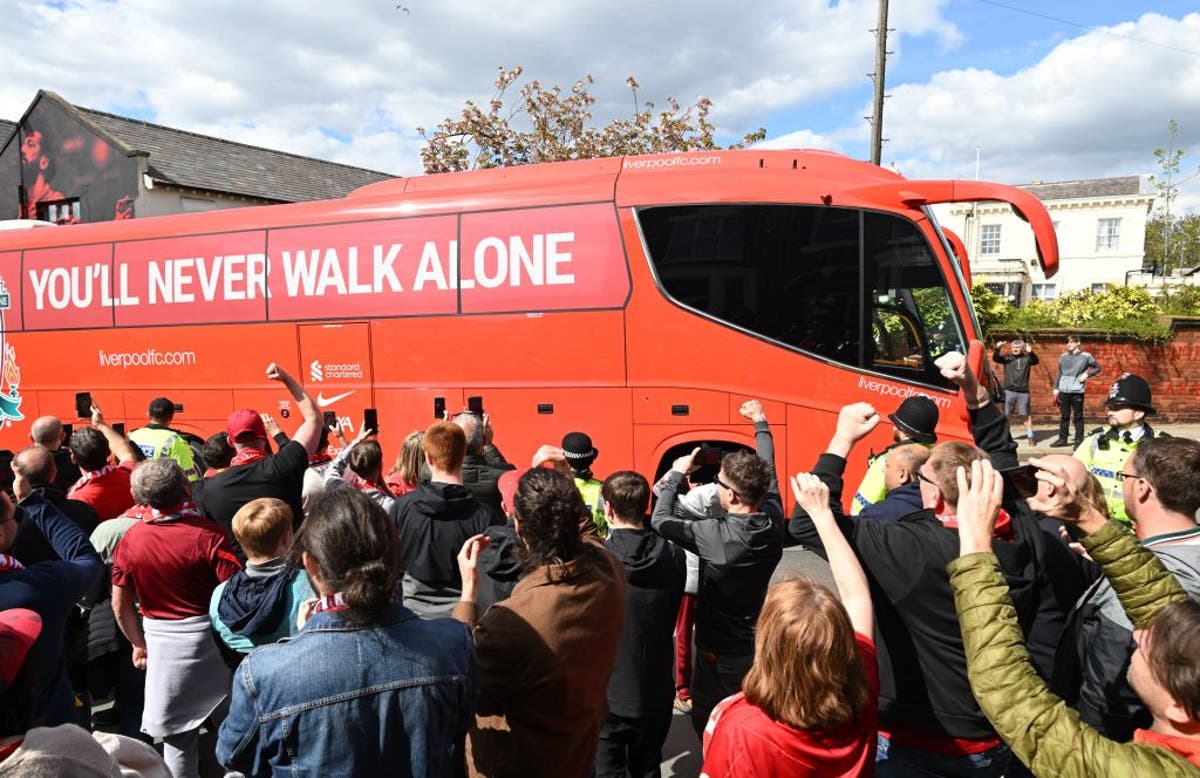 The Reds are still in the running for an unprecedented quadruple this season, but have no margin for error in the championship race after Man City hammered Watford on Saturday to move four points clear having played a game more. Jurgen Klopp’s team have only dropped points once in the league since 2 January though, that being at City only a couple of weeks ago – every other league fixture has ended in victory. They’re also into the FA Cup final and the Champions League semis, the first leg of which against Villarreal comes on Wednesday night.

Everton, meanwhile, have won just one of their last four and despite securing a last-gasp point against Leicester in midweek, they’re now on the verge of the drop zone and facing a very tough end to the season with Chelsea and Leicester next up, making this derby meeting even more important than usual. Follow all the live action from Anfield following the conclusion of the 2pm kick-offs below:

Full-time: Chelsea got there in the end. After a torrid first half of football, Chelsea eventually got going late on and found the winner through substitute Christian Pulisic.

Jorginho’s blushes were spared after he rolled a woeful penalty into the arms of Lukasz Fabianski following Craig Dawson’s foul on Romelu Lukaku. Dawson was also shown a red card for denying an obvious goalscoring opportunity.

Yet despite Jorginho’s spot kick miss, Pulisic finally broke a depleted West Ham side down in the final moments of the match to hand Chelsea their first home win in four games.

Burnley have beaten Wolves and move out of the relegation zone! Everton are now two points adrift of Burnley ahead of the Merseyside derby at 4.30pm.

90+3 mins: Chelsea knocking the ball around confidently now as they see out this one against the tired 1 men of West Ham.

90+1 mins: Mount fires a dipping shot narrowly over the bar. Chelsea have woken up in stoppage time at the end of the match.

There will be a minimum of four minutes added time.

Mount finds Alonso down the left-hand side and he pulls it back for Pulisic who rolls the ball into the far corner!

Relief for Chelsea and Jorginho in particular.

89 mins: So after all of that – a red card and penalty – it remains goalless.

What a bizarre end to a hapless match.

85 mins: As expected, Craig Dawson is sent off. What a real, real shame. The centre-back who has been sensational all afternoon has now been dismissed.

And with Zouma, Diop and Ogbonna already on the sidelines, this is another selection headache for Moyes at the heart of his defence – in the Premier League.

85 mins: VAR also looking at whether it was a clear goalscoring opportunity. It was. That means Dawson’s yellow card is going to be upgraded to a red here. Almost certainly.

Thiago Silva flicks on a long ball and Lukaku is through on goal before Dawson pulls him down. Nailed on penalty.

Shame for Dawson. He has probably been the best player on the pitch.