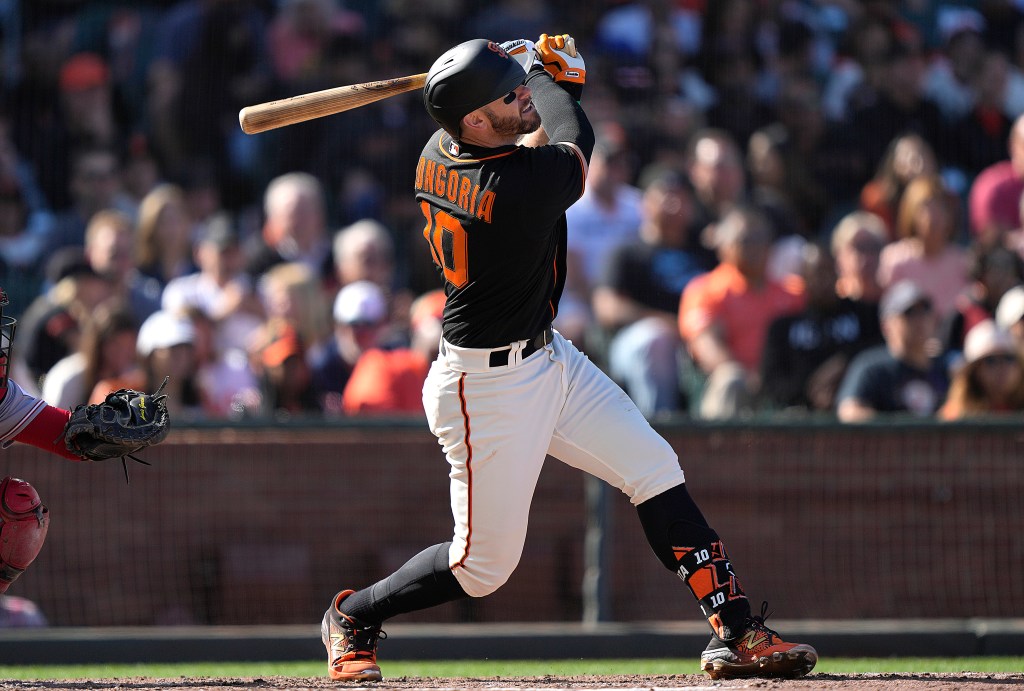 SAN FRANCISCO – With one bad week, the Giants went from having the fourth-best record in the National League to dropping out of a playoff spot altogether.

The Giants likely aren’t going to be concerned about such things right now. But if want to try and keep pace with the Los Angeles Dodgers and the San Diego Padres in the National League West, they’ll likely have to take care of business against MLB’s also-rans.

Saturday, Evan Longoria, Thairo Estrada, Joc Pederson, and Wilmer Flores all hit home runs and starter Logan Webb lasted six innings to lead the Giants to a 9-2 win over the Cincinnati Reds, the NL’s worst team, before a sellout crowd of 40,115 at Oracle Park.

Darin Ruf and Tommy La Stella also drove in runs as the Giants won for just the second time in the last seven games and moved to within 5 1/2 games of the first-place Dodgers. San Francisco was just three games back of Los Angeles a week ago.

“I think trying to look at the standings … can get exhausting,” said Webb, who struck out six and allowed just two hits. “That’s something that we did last year, and we were the ones that were actually ahead. It was exhausting for us then.

“It’s more about us just being there every day, trying to take it day by day. We have a very good team we know that.”

Flores’ three-run homer gave the Giants a 9-1 lead in the sixth, a rare laugher for a Giants team that had played 10 straight games decided by two runs or less.

The Giants finish the series with the Reds on Sunday and next week, face the Detroit Tigers for two games and the Chicago White Sox for three.

“I thought (Flores’) home run was sort of the blow that we’ve been waiting for,” Giants manager Gabe Kapler said. “We’ve talked about one more really good at-bat in a game to make the difference. We’ve also talked about how big innings win baseball games for us. They have for quite some time.”

Flores now has a team-leading 40 RBIs this season and is on pace to set a new career high.

Is it surprising that Flores now leads the Giants in runs batted in? Not to Kapler.

“He’s just a really good quality at-bat, very consistently, over a long period of time,” he said. “With runners on base, runners not on base, he can be a lead-off and find his way on base. He drives the baseball in the air to the pull side, and that turns into driving in runs.

San Francisco won seven of eight games and improved to 37-27 with a 7-5 victory over the Pittsburgh Pirates on June 18.

Since then, the Giants lost the series finale with the Pirates at PNC Park, lost three of four games in Atlanta against the Braves, and dropped the series opener with the Reds on Friday.

The Giants finish the series with the Reds on Sunday and next week, face the Detroit Tigers for two games and the Chicago White Sox for three.

“That’s the team that we are,” Webb said of Saturday’s outing. “That’s the team we expect to show up every single night. Sometimes you go through a rough patch. Unfortunately, it’s just lasted a little longer than we hoped.”

Webb threw 97 pitches and allowed two hits and struck out six as he improved to 7-2 this season. In the fourth inning, the Reds (24-47) had runners on first and third with one out, but Webb got Albert Almora Jr. to ground into a comebacker, as Webb began a 1-4-3 double play to end the inning.

Ghislaine Maxwell put on suicide watch ahead of sentencing

Saudi Arabia sponsoring the Women’s World Cup? As hosts, we must block this