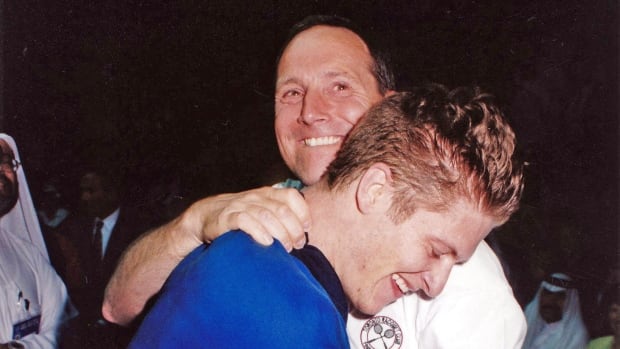 A teenage Jamie Nicholls was working part-time at the Toronto Racquet Club in 1997 when he got a first-hand look at soon-to-be Canadian squash royalty.

Coach Mike Way was guiding a who’s who of domestic talent on the courts at the downtown facility. On display was the masterful wizardry of Jonathon Power and the crisp shotmaking of Graham Ryding, among many other players.

Way was there pulling the strings, helping guide a Canadian ascension to the top of the sport.

“Mike is a huge inspiration to all of us,” said Nicholls, a longtime player, coach and now Squash Canada’s director of athlete development. “His coaching tree is like [legendary NBA coach Gregg] Popovich or something.

“Not only the people that he has produced playing-wise, but also coaching-wise.”

Now a coach at Harvard University, Way will be rewarded for his remarkable career Saturday with his induction into the Canadian Squash Hall of Fame.

“You want to be able to look back with pride and really look back at it fondly and I do,” Way said. “And that would be my hope for [the players].”

Originally from Nottingham, England, Way moved to Toronto in 1981 to accept a six-month coaching job at the Ontario Racquet Club. A strong player as a young adult, coaching quickly became a passion.

“I think his best asset is that he’s got so much knowledge of the game,” Nicholls said. “But he’s willing to change and adapt at all times he was constantly looking for any new information, anything that could be absorbed and added to his tool box of coaching.”

Why isn’t squash an Olympic sport?

Way worked at a variety of clubs in southern Ontario in his formative coaching years. He would often invite top coaches and former pros to work with his top players and juniors.

“I would try to pick their brains for anything that would work,” he said in a recent interview.

Power would lead the Canadian charge on the pro circuit, becoming the first North American to reach No. 1 in the world rankings.

“He eats, breathes and sleeps squash,” said Nicholls. “You couldn’t find somebody more dedicated to the craft and dedicated to excellence. He just never stops.

“He’s inspired me a lot on the coaching side. I wish we had 20 Mike Ways.”

The induction ceremony will be held at the ongoing Canadian championships in Vancouver. The class of 2022 also includes Jans, Razik, Michael Desaulniers and Barbara Cooper.