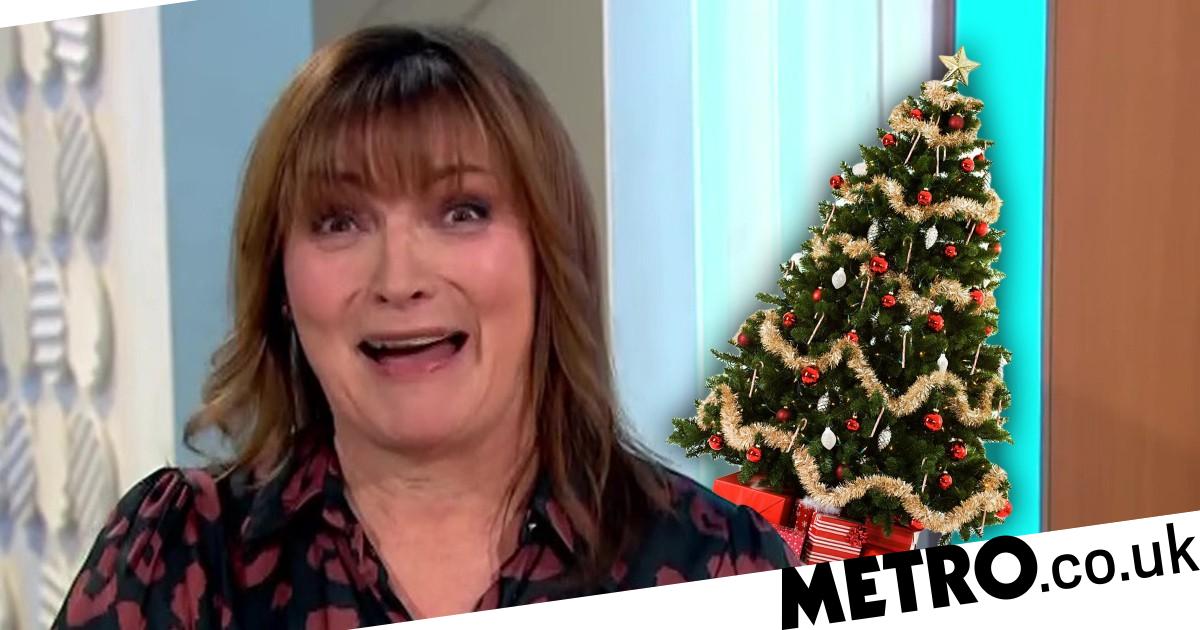 Many of us will be taking down our Christmas trees this week as Twelfth Night approaches. But instead of throwing out your tree, would you consider eating it?

That’s the question Lorraine Kelly asked her viewers on Tuesday morning after revealing that chefs have recommended using pine needles to infuse your dishes.

Addressing her viewers, the 63-year-old said, ‘Forget rocking around the Christmas tree, you might want to eat your tree,’ before adding: ‘I can’t believe I’m saying this.

‘The Daily Star – and they know what they’re talking about – are calling it “pine dining” as leading chefs say organic trees can be used to pickle eggs… life is too short,’ she giggled, before continuing: ‘Pickle vegetables or infuse in drinks and ice cream.’

Turning to resident health expert Dr Hilary Jones, she asked: ‘Should we, right, the silliest thing I’ve ever asked you, should we be eating our Christmas tree?’

Dr Hilary sided with Lorraine on the matter, telling her: ‘Personally, I’d rather be eating my hat and I will if I understand this is actually good for you.

‘Apparently you can put the pine needles in infusions or teas and custards and cakes and soups and things. But no, I wouldn’t recommend eating your Christmas tree.’

Lorraine joked: ‘No, I wouldn’t either, well mine’s artificial so I don’t think that would be a good idea.’

Dr Hilary responded : ‘I think if you eat your Christmas tree, you’re likely to be going to A&E. Recycling is good and you can use pine needles for flavour but I wouldn’t think sitting munching them is a very good idea.’

Elsewhere on Tuesday morning’s show, Lorraine revealed she had enjoyed a quiet Christmas and New Year as she had recently undergone surgery on her shoulder.

She said: ‘‘I had a wee operation on my shoulder, it’s been annoying me for ages.’

As a photo of her showing off her sling appeared on screen, Lorraine continued: ‘Thank you to Professor Levy and his brilliant team because, oh my goodness, keyhole surgery is incredible.

‘I just had to remove some calcification and a little bit of bone and, yeah, I’m doing my physio and I’m all fine. But we had a really quiet one at Christmas and New Year.

‘Rosie and Steve looked after me and Rosie obviously takes after me in the cooking department, not,’ she giggled as a video of a dessert made by her daughter was shown on screen.